GTA Online Exotic Exports List: How to Find All the Cars 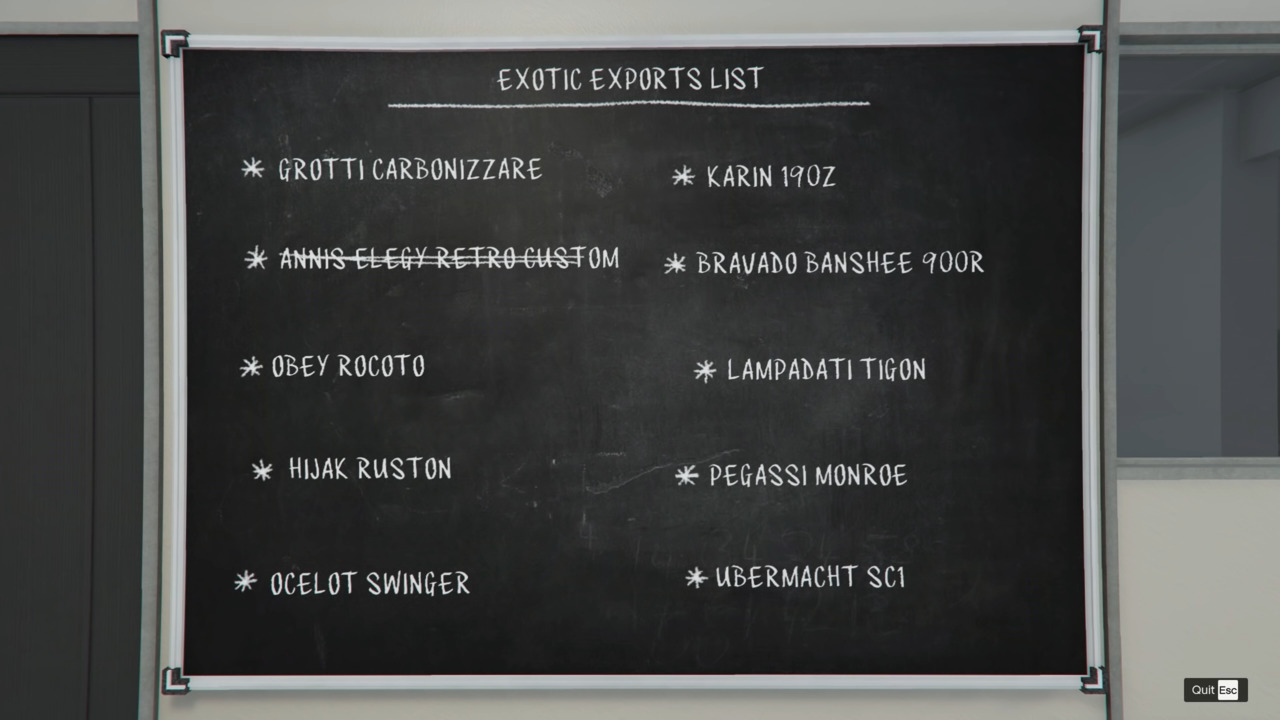 The Exotic Exports List is a new feature added to GTA Online in the Los Santos Tuners update, and it provides you with a list of rare and expensive cars that can be collected in exchange for cash and RP. While the names of the cars are given to you, the game doesn’t tell you where to find them.  Each car pays $20,000 upon delivery, but the 10th and final car on the list pays $120,000, bringing the total payment up to $300,000 each day if you find all 10 vehicles. Here’s where you can find the cars from the Exotic Exports List in GTA Online.

How to Find Cars on the Exotic Exports List

The cars spawn randomly throughout Los Santos. There is no guaranteed way to find them. Some cars, like the Grotti Carbonizzare, can be found on the streets of the city driven by NPCs. If you spot an NPC driving a car from the list, simply take the car for yourself and deliver it to the docks to cross it off the list.

The rarer and more expensive cars can’t just be found on the streets. Instead, you have to randomly stumble across these cars while they’re parked in certain locations. Once you get close enough, you’ll see a small blue dot on your map. You can see the spawn locations for all Exotic Exports cars in the video below.

As for the NPC cars, it’s best to check in the more expensive neighborhoods and areas of Los Santos. You’ll have the best shot at finding a car from the Exotic Exports List if you search in Downtown Vinewood, Rockford Hills, and other areas like those. Some people have also had luck finding cars parked near Vespucci Beach as well. Take a fast car and drive around for a while or take an Oppressor and fly over the city until you spot one of the cars you need.

Grand Theft Auto V is available now on PC, PS4, and Xbox One.