Kickstart your journey into the Forbidden West with these bonuses. 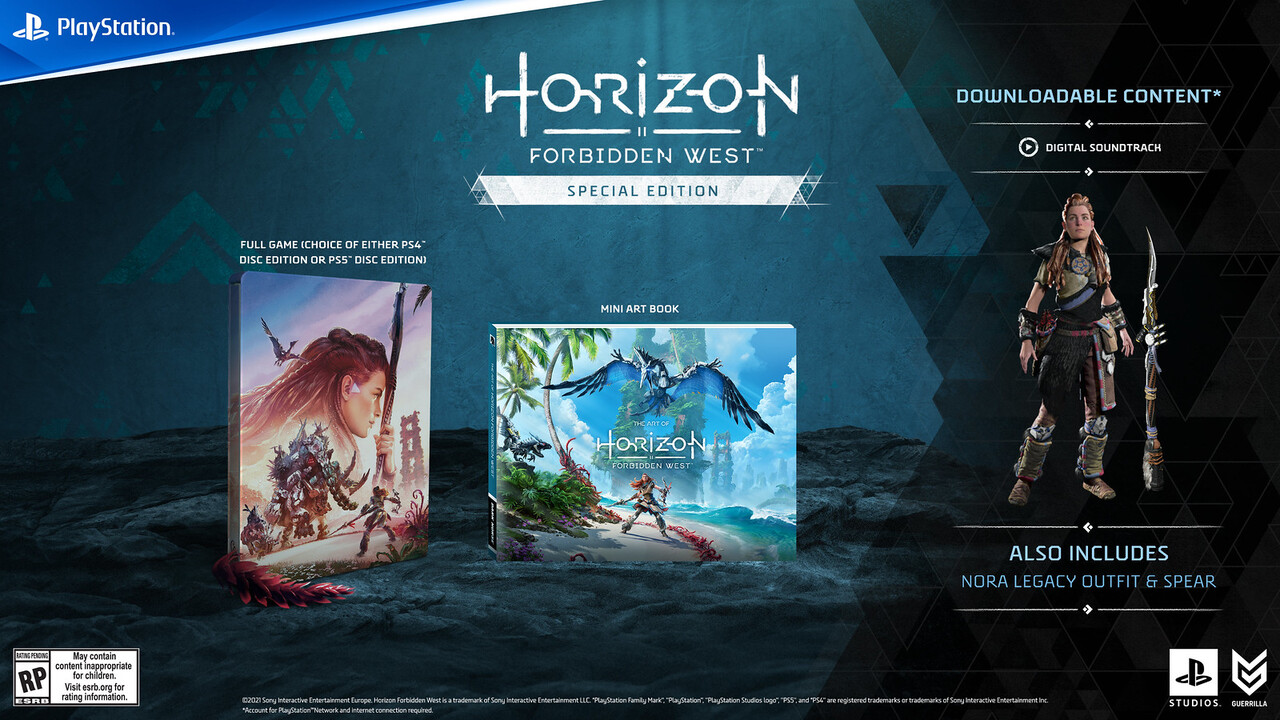 What Pre-Order Bonuses Does Horizon Forbidden West Have?

These items will help you get started on your journey into the Forbidden West, and while they will quickly be replaced by better gear and weapons once you find new settlements and traders, they’re still nice to have in the opening hours.

What Does the Deluxe Edition Include?

The Deluxe Edition of Horizon Forbidden West includes both pre-order bonuses as well as a few additional items on top of that. Here are all the in-game bonuses you can get with the Deluxe Edition.

All of these bonuses are included in the Digital Deluxe Edition, Collector’s Edition, and Regalla Edition of Horizon Forbidden West, although the latter two also include physical goodies like statues and art books.

To claim your in-game bonus DLC in Horizon Forbidden West, simply play through the intro of the game until you unlock the open world and arrive in The Daunt. There, you will find all of your bonuses in your stash. Aloy’s stash can be accessed from most camps and settlements, and there’s one in the middle of Chainscrape near the Workbench and vendors.  Just transfer the items from the stash to your inventory to use them.

Your photo mode unlocks will be automatically available when you open photo mode as well. As for the Apex Clawstrider Strike Piece, you’ll have to unlock the Machine Strike minigame in order to use it. Thankfully, you can unlock the minigame in Chainscrape at the beginning of the game.