Turn the intensity up to 100 with this new mod. 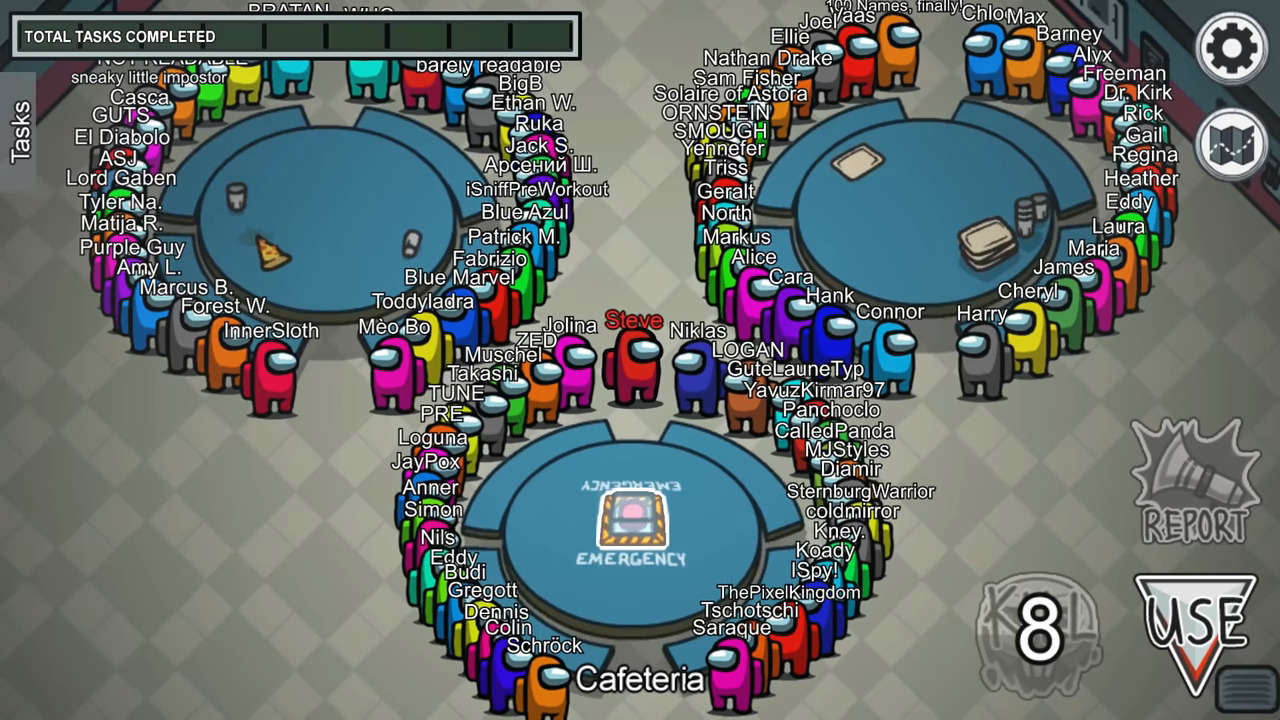 Among Us is chaotic enough with a group of 10, but did you know you can fill a game with 100 players? You might have seen viral footage of 100 player rounds of Among Us spreading around on YouTube, Tik Tok, and other social media platforms, and getting a lobby like this set up for yourself is actually pretty easy (as long as you can somehow gather 100 people). It’s not officially supported by Innersloth, so 100 player Among Us can be a bit janky and it’s certainly not balanced in the slightest, but it’s still a ton of fun. Here’s how to play Among Us with 100 players.

The Among Us 100 players mod has been featured on popular YouTube channels like MrBeast and Socksfor1. You can download the mod here. Normally, you would have to join a popular Discord server in order to access the mod, but some fans have found a way to download and install the mod on their own.

The installation process is very easy and straightforward. You will be able to host your own 100 player lobbies, but the mod will mess up standard Among Us games. Once you’re finished playing with the 100 player mod, you will need to reinstall Among Us in order to bring the game back to normal. It’s also worth mentioning that this is only possible on PC, so iOS and Android players won’t be able to play.

How to Install Among Us 100 Player Mod

Here’s how to install the Among Us 100 player mod.

If you followed these steps correctly, you should be able to host your own 100 player games. You’ll know you did everything right if you see “Socksfor1” in red text underneath your ping once you’re in a lobby. This is because this version of the mod was originally created for a YouTube video that was posted on October 15.

Again, you must completely reinstall Among Us after you are done with the mod to ensure everything goes back to normal. If you try to play in a normal lobby with the mod installed, you may see duplicate player colors or other strange bugs that could ruin a match.

Home / Game Guides / How to Play Among Us With 100 Players