Stuck inside the supermarket? Here's how to get out 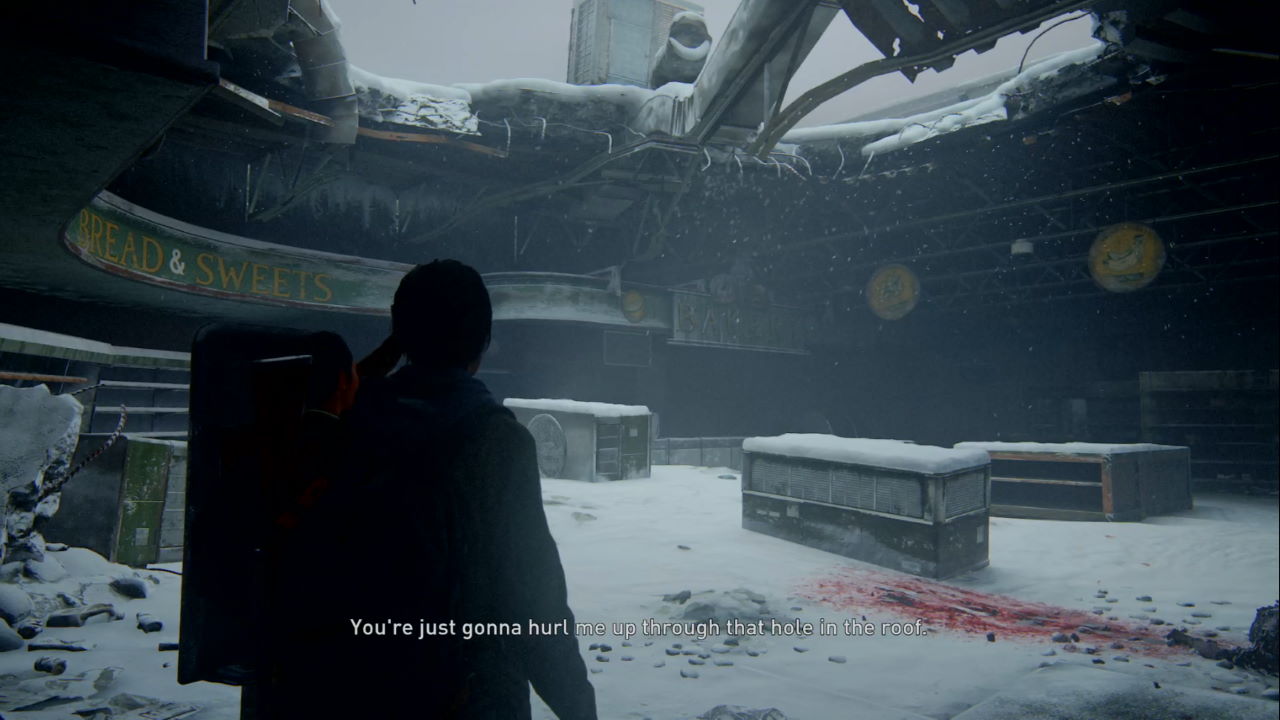 While battling hordes of infected or roving squads of nefarious humans is the biggest challenge in The Last of Us Part 2, simply finding your way in and out of buildings can be just as difficult. This is almost more true early on as players get the hang of the various movement mechanics at their disposal. The supermarket is the first real challenge here, presenting players with multiple confusing moments as Ellie explores and ultimately escapes the area. To help out, here’s how to get out of the supermarket in The Last of Us Part 2.

How to Get Out of the Supermarket

We previously showed you how to get into the supermarket by using the hole in the roof, but check out that guide if you’re still stuck outside of the building. Once you’re in though, and you’ve battled your way through a few of the infected, you might find yourself with the exact opposite problem. Now that you’re in, there doesn’t seem to be a clear way out. This will happen in the large open area, where the actual grocery shelves are, and after defeating a couple of Clickers and Runners a piece.

Once here, and having cleared out the area, you’ll need to go to the large sliding door at the far end of the room from where you entered. This isn’t the way out, but you need to try it before you can proceed. Hit Triangle and give it your best shot, but Ellie won’t be able to open the large metal gate. There is another way though, and Dina may point it out to you, depending on the difficulty and settings you’ve picked.

Nearby is a broken down air conditioner with a cable sticking out. Grab the cable with Triangle then stand under the large opening in the roof. You need to toss the cable over the air duct that is suspended across the opening. To do this just hold L2 to aim, find an arc that has the cable land on the other side and pull R2 to throw. If you angle it right the cable should fly over the duct and fall on the other side, allowing you to climb up and out then jump down off the roof.

And that’s how to get out of the supermarket in The Last of Us Part 2.