There are 13 achievements to unlock 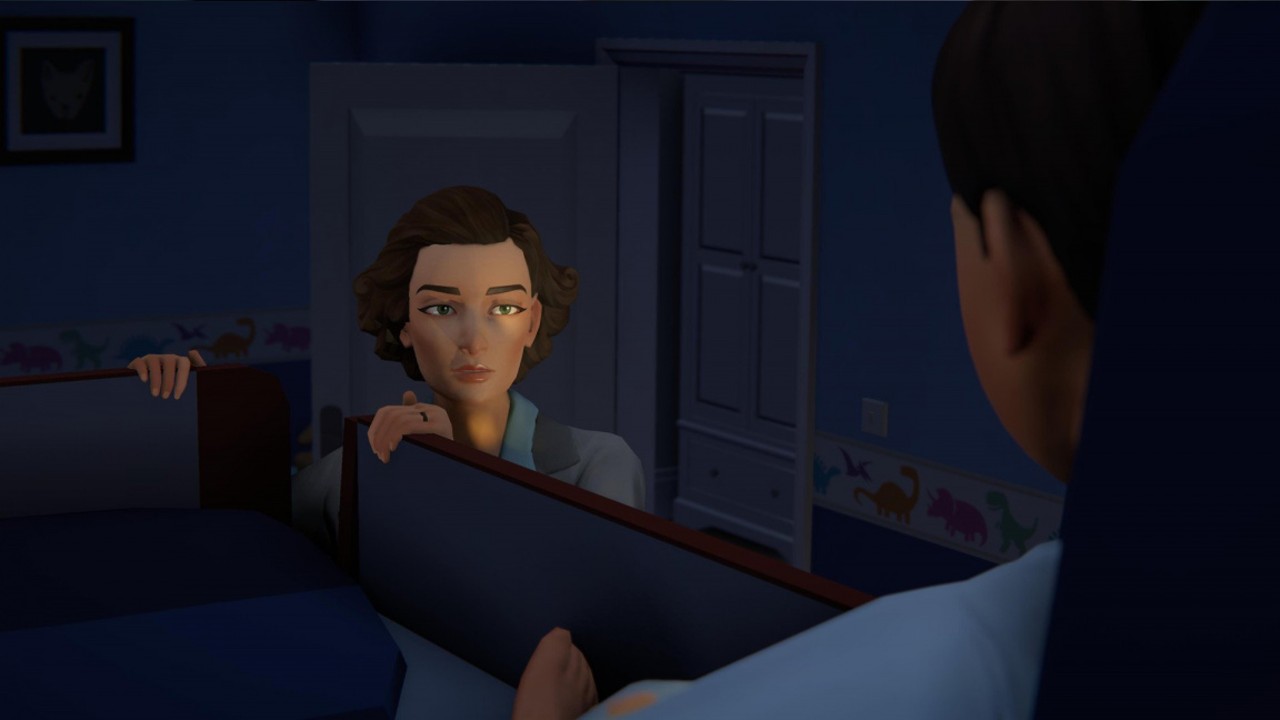 There are 35 Last Stop achievements in total, and we’ve got an achievement guide for the first two chapters, to help you unlock them all with ease. Of the 35 in the game,  20 of them area completely unmissable, meaning they’re story-related and you’ll have them by the time you’re done the game. As such, they will be listed, but don’t require any actual instructions. The other achievements are missable, so we’ll detail how you can unlock those. Overall, this is a very easy completion, one of the easiest on Game Pass, though it can still be a bit of a time sink to get through the list.

This game features a chapter select option once you’ve beaten the game for the first time, so if you’d prefer to play this title without any fear of spoilers, you can do so and then use chapter select to get the missables. If you’d rather pick up every achievement along the way, so as to get the completion done quicker, you can do that as well. This guide will cover the achievements for Chapter 1 and Chapter 2, of which there are six unmissable ones, and six missable.

The unmissable achievements are all secret, but we’ve got their information here:

Shots Fired (15G): While playing as John and talking to Molly, you will enter a park and need to make the following two dialogue choice: “Shazia’s my friend”, then “dime a dozen”.

Teetotal (15G): While playing as Meena, you will arrive at home and need to choose a beverage to drink. Select the water on the far right, then the achievement will unlock when her husband arrives.

Baller (30G): While playing as Donna, you will eventually find yourself in a bottle-throwing minigame after meeting with your friends. You need to hit 11 targets with 11 throws, so you’ll need to pay close attention to your power bar in the bottom right. Release your throws when the bar fills up to just between the two dashed lines. The 11 targets you need to hit are:

Sidonglobophobia (15G): While playing as John, you will have a conversation with Shaz outside of Molly’s school. When he asks about her biggest phobia, answer “cotton wool”.

Dan Honnold (15G): While playing as Meena, you’ll talk with her family after arriving home. When talking about her husband, choose the dialogue option to say that he “was the best”. After the scene, you’ll unlock the achievement.

Roast Becky (15G): While playing as Donna, after leaving the hardware store with Becky, you’re going to want to choose the option to give her the silent treatment on the bus. When you’re back to the pool area, pay close attention to your dialogue options each time. Eventually, you’ll see “Be fierce” as a choice. Choose that one to get the achievement.

We’ve got a Last Stop achievement guide for the next two chapters as well, so with those achievements out of the way, you are free to move on to the Chapter 3 and 4. If you’re using chapter select, and have those chapters done already, you can skip ahead to Chapters 5 and 6.