A salarian has found a way to cheat at Quasar machines. 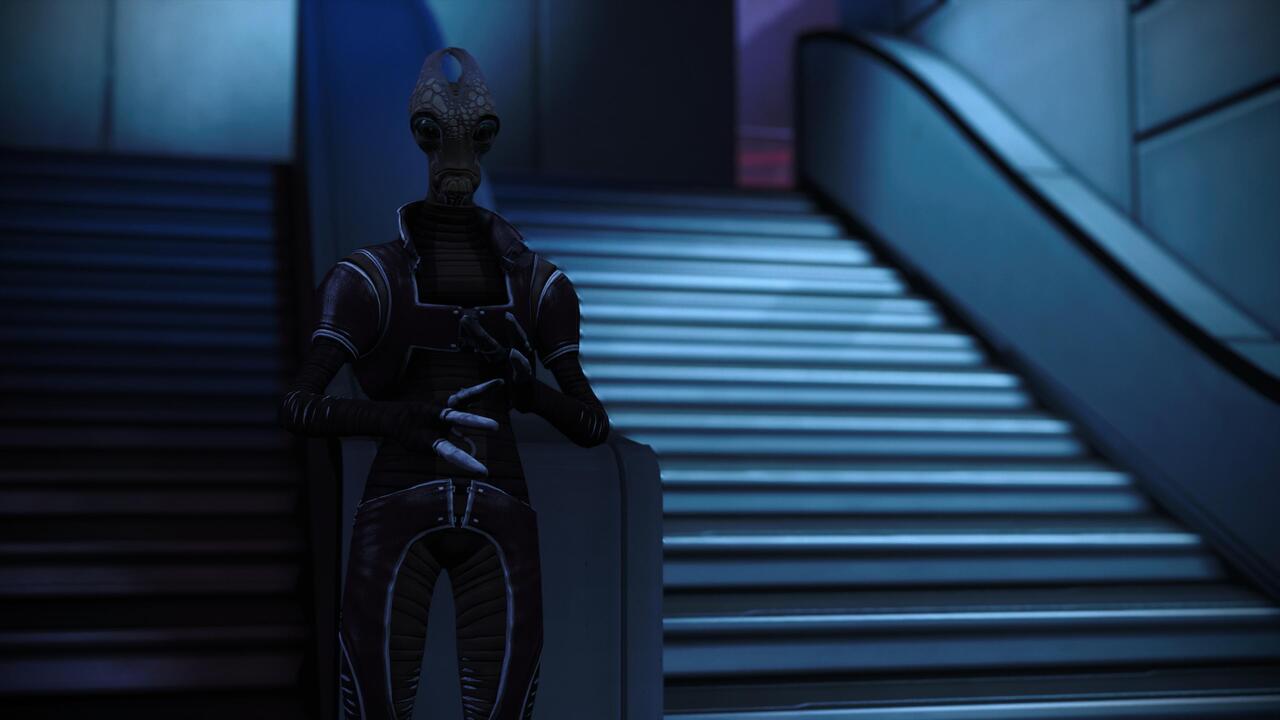 You’ll encounter Schells the Gambler early in Mass Effect Legendary Edition, and this short side quest presents you with an interesting moral dilemma regarding cheating at casino games. There’s a popular game called Quasar at the Flux nightclub on the Citadel, and a salarian named Schells needs your help to test his new cheating device. There are several different outcomes for this quest, and you’ll have a few opportunities to earn some Paragon or Renegade points along the way. Here’s everything you need to know about the Schells the Gambler quest in Mass Effect Legendary Edition.

Cheat at Quasar or Turn the Device in 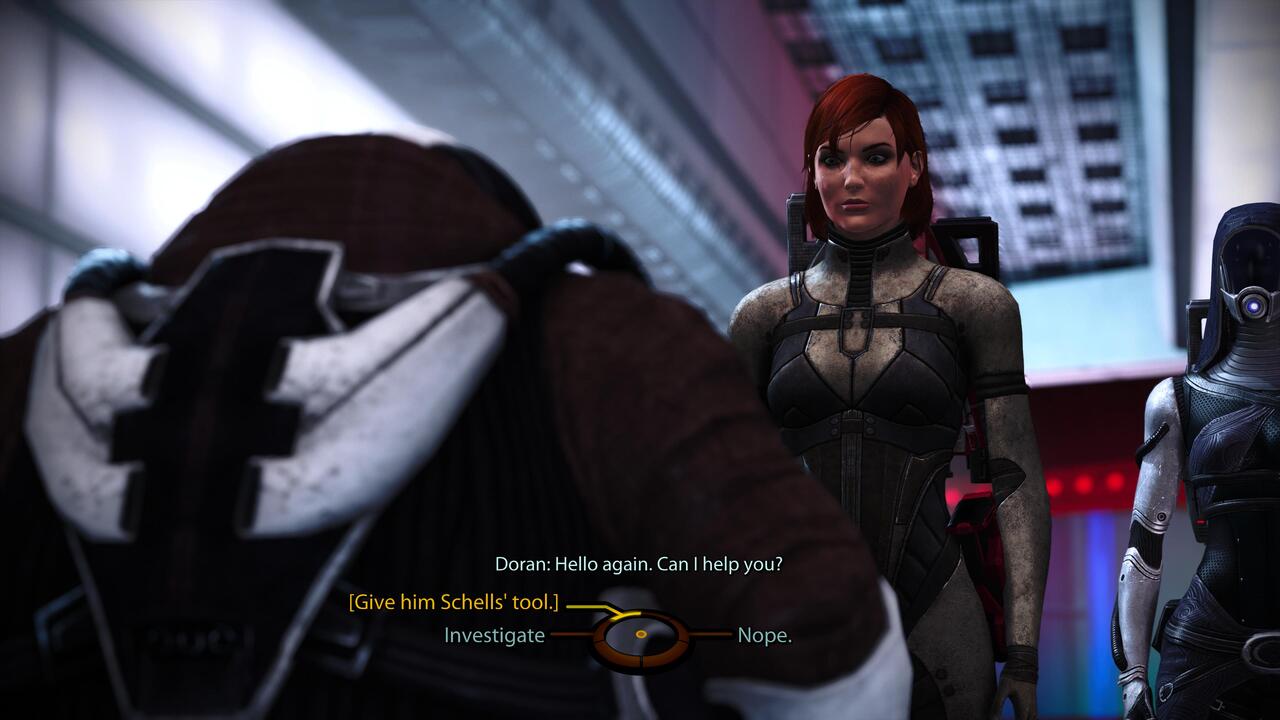 There are two main ways this quest can go: you can either help Schells by playing some Quasar and testing his cheating device or you can turn his device in to the club’s owner. There are no morality penalties for either option, so you can really just choose whichever you want. You have to win 5 games of Quasar in order to gather enough data for the device. Once you win 5 times, you can return the device to Schells to complete the quest. Be careful when playing Quasar, because if you win 7 games, you’ll be caught cheating and Doran will confiscate your winnings and ask you to leave. Getting kicked out prevents you from earning any XP or Credits when you turn in the quest, so don’t play too much.

Alternatively, you can turn in the device to Doran in the corner by the Quasar machines if you don’t want to help Schells cheat. You can even turn it in after you’ve used it to win a few Quasar rounds provided you haven’t been caught by playing too much. If you hand over the device, he’ll give you an XP reward and some Credits to play a few rounds of Quasar on the house. Of course, you can just pocket the Credits and walk away without playing, so it’s basically just payment for the quest. 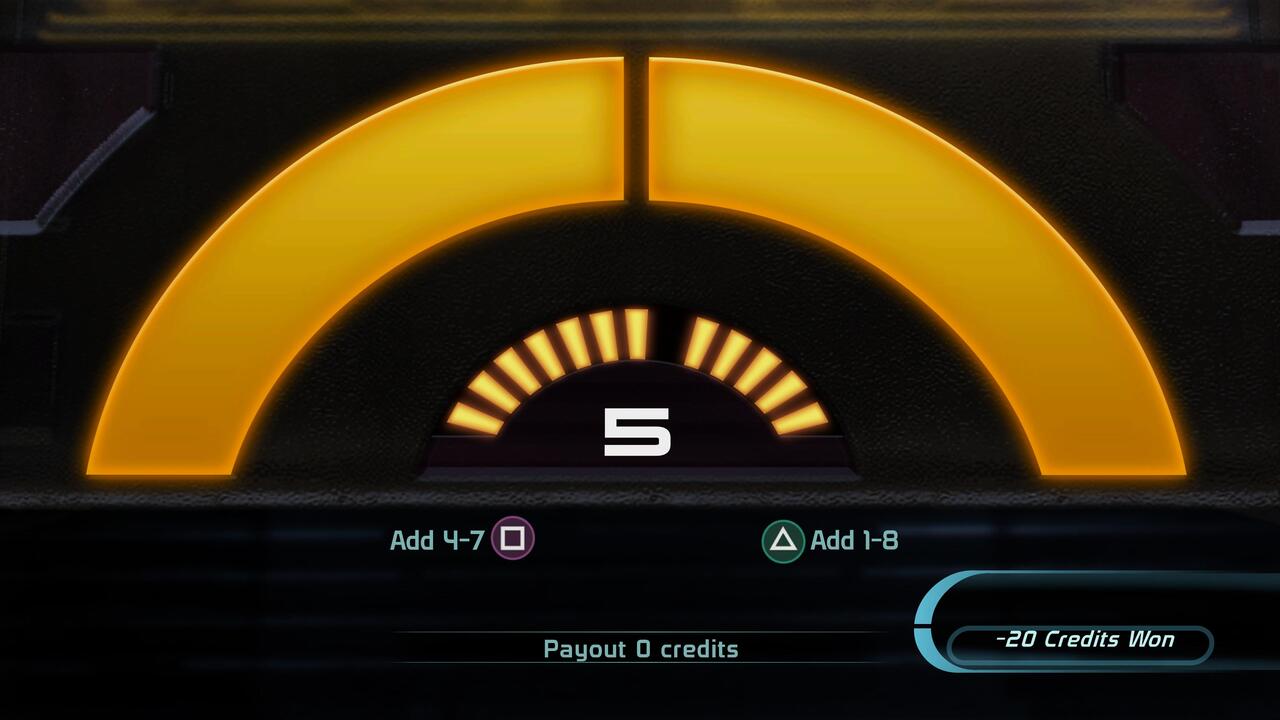