Minecraft: How to Breed Turtles

A guide to these egg-laying aquatic mobs 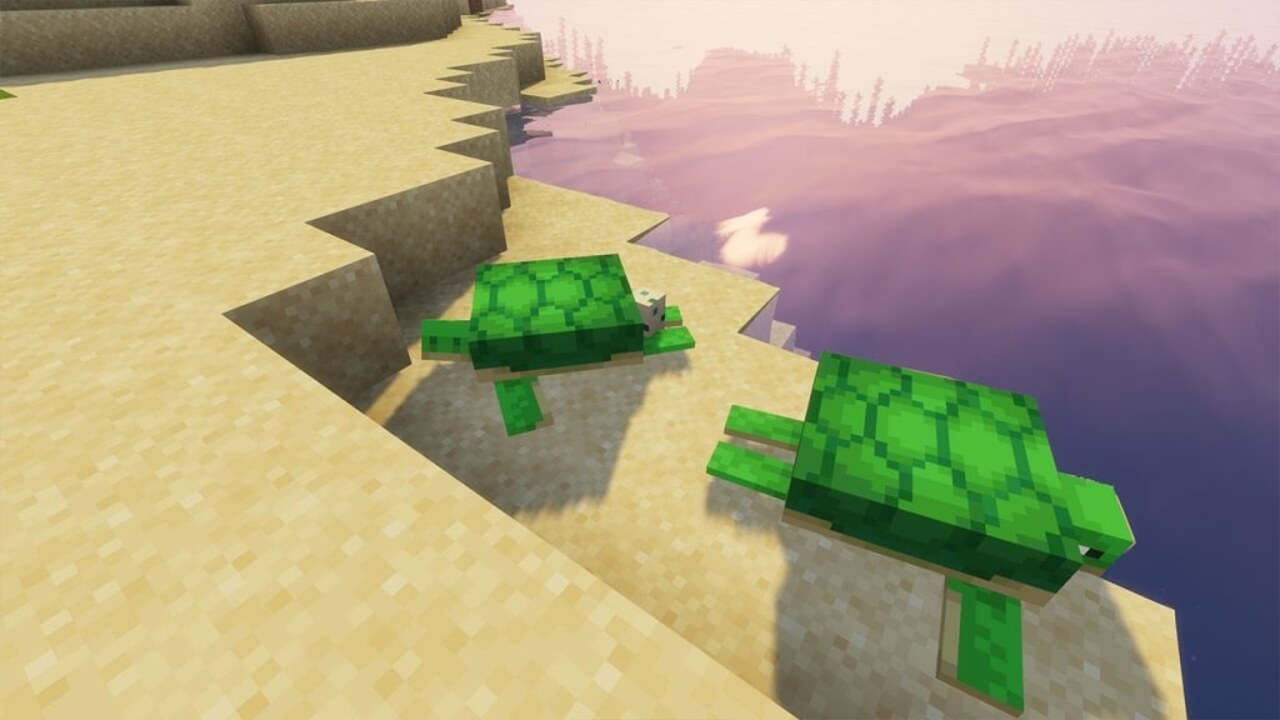 Added back in the aquatic update, turtles have been one of the more interesting mobs in Minecraft, so we’ll be looking at how to breed them. Unlike most other passive mobs in the game that can be bred, turtles play by fairly different rules. The biggest thing about them is that they lay eggs instead of just popping out a newborn baby turtle, so we’ll be going over the specifics of that system as well.

How to Breed Turtles

To get started, you first need to find a pair of turtles out in the world, they typically spawn on beaches before moving into the ocean so that’s a good place to start looking. Once you’ve found two of them, you’ll next need to feed each of them a piece of seaweed to begin the process. The two turtles will mate and afterward one of them will end up looking slightly bigger, you will want to follow this specific turtle. It’s going to attempt to navigate back to where it first spawned/hatched to lay its eggs. Once it lays them, it will be ready to mate again if there are more turtles nearby and you want more eggs, but first, you’ll need to take care of the ones that are already there.

Turtle eggs take a while to hatch, usually 4-5 in-game days. During this time period, the eggs are fragile and can be broken just by standing or jumping on them so be careful not to. In addition to this, many hostile mobs will attempt to break the eggs if they find them, so you’ll need to build up some protections around the eggs. Over time the eggs will start to naturally crack, which means that they’re getting closer to hatching. Once the time comes all of the eggs in a single bunch will hatch at the same time, and you’ll have a pile of newborn turtles at your disposal. These cute little aquatic creatures will eventually grow up and drop coveted turtle scoops before heading off to where the waters take them.