Minecraft: How to Get Pointed Dripstone

Here's how to get this pointy cave block 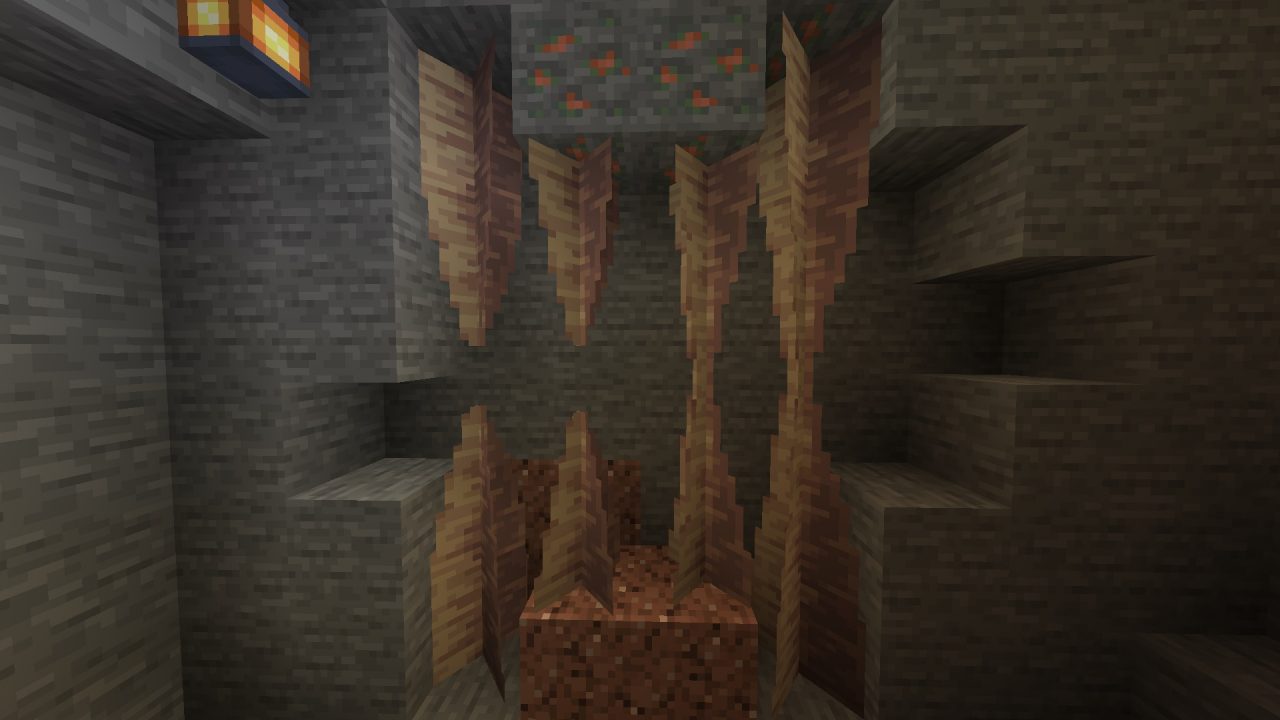 Of the new cave blocks added in the Minecraft Caves and Cliffs Part 1 update, we’ll be taking a look at how to get pointed dripstone and their respective blocks. These unique cave blocks will be capable of being found in much greater quantity when part 2 of caves and cliffs launches later this year, but for now, there are still a few methods that can be used to obtain and make more of this block.

How to Get Pointed Dripstone

There are currently two ways to find pointed dripstone in the game, one requires exploring and the other requires a bit of luck. On the exploring side of things, it is possible to find them naturally generating in small quantities in normal caves. Once you’ve found the dripstone you just need to take a pickaxe, any kind will work for this and mine it up like any other kind of stone. On the luck side of things, however, it also possible to purchase pointed dripstone from wandering traders at a rate of one emerald for two pieces of dripstone. And that’s all there is to get some to start out with, though you might have noticed that it means this block is in rather short supply at the moment. Luckily there’s a way to get even more than this if you have some time on your hands.

That’s right, it is possible to grow more of this block over time, and it’s rather easy to set up as well. All you need is one dripstone block, which can be made with four pieces of pointed dripstone, one piece of the pointed variant, and one bucket of water. First, you need to place down the dripstone block, next you’ll need to place the water on top of it, and lastly, you’ll be putting the pointed variant onto the bottom of the solid block. Once this is done make sure there’s some empty space below the setup, but only a maximum of ten blocks to maximize efficiency. Water will start to drip down and over a long period of time, around five whole per block, more dripstone will start to form.

Home / Game Guides / Minecraft: How to Get Pointed Dripstone