Modern Warfare – How to Get Anime Camo

Trick out your weapons with some kawaii camo. Call of Duty: Modern Warfare has been getting some pretty awesome camos and cosmetics since the in-game store went live with the Season One update, and one of the more popular options players have been flocking to is the anime camo that you can get for the Oden assault rifle. The variant is called Dream Killer, and it’s actually not the only anime camo in Modern Warfare. The Aug also has an anime variant called Dame Fortuna, and you might want to look into getting that one if you don’t want to put up with the Oden.

Regardless, this guide will show you how to get both the Dream Killer skin for the Oden and the Dame Fortuna skin for the Aug.

How to Get Dream Killer Anime Camo

Like all the other cool camos in Call of Duty: Modern Warfare, the Dream Killer Oden is only available in the store. It’s only available in a bundle, appropriately named Notice Me, which costs 800 COD Points. That’s a lot less than some of the other bundles in the Modern Warfare store, and the skin radically changes the appearance of the Oden, which is more than be said for some of the other weapon skins being sold at the moment. If you pick up the Notice Me bundle, you’ll also get a Chibi Operator charm and an Octopus sticker called Undeniable Ocean King. 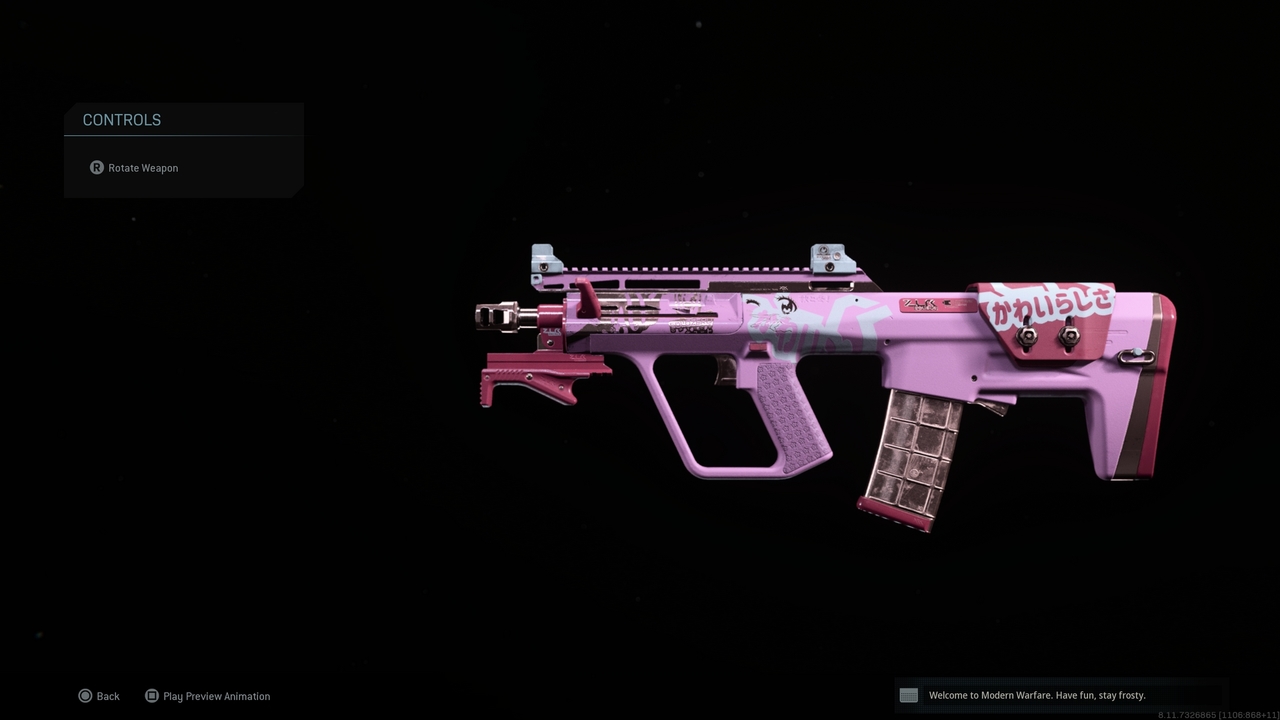 How to Get Dame Fortuna Anime Camo

Just like the Dream Killer, the Dame Fortuna can only be obtained by purchasing it in the store. The Lady Luck bundle containing the weapon also comes with the Pink Bones weapon charm and a diamond sticker called In the Rough. The whole set will cost you 800 COD Points, the same as the other bundle. The Aug is already a much more viable weapon than the Oden, but the Dame Fortuna comes with some attachments preinstalled that set it apart from your typical Aug. It comes already equipped with 5.56 NATO ammunition, transforming it from an SMG to a pretty decent assault rifle.

Of course, Modern Warfare’s shop rotates bundles regularly, so if you don’t see either of the anime bundles in stock, you’ll have to hope you get lucky on the next refresh. If you change your mind about the anime camos though, there are a bunch of other cool bundles that pass through the store often, like a bundle that gives you blue bullets.

Home / Game Guides / Modern Warfare – How to Get Anime Camo