Monster Hunter Rise: How to Choose Your Weapon Class

14 weapon types exist in Monster Hunter Rise, so let's see what's the best for you. 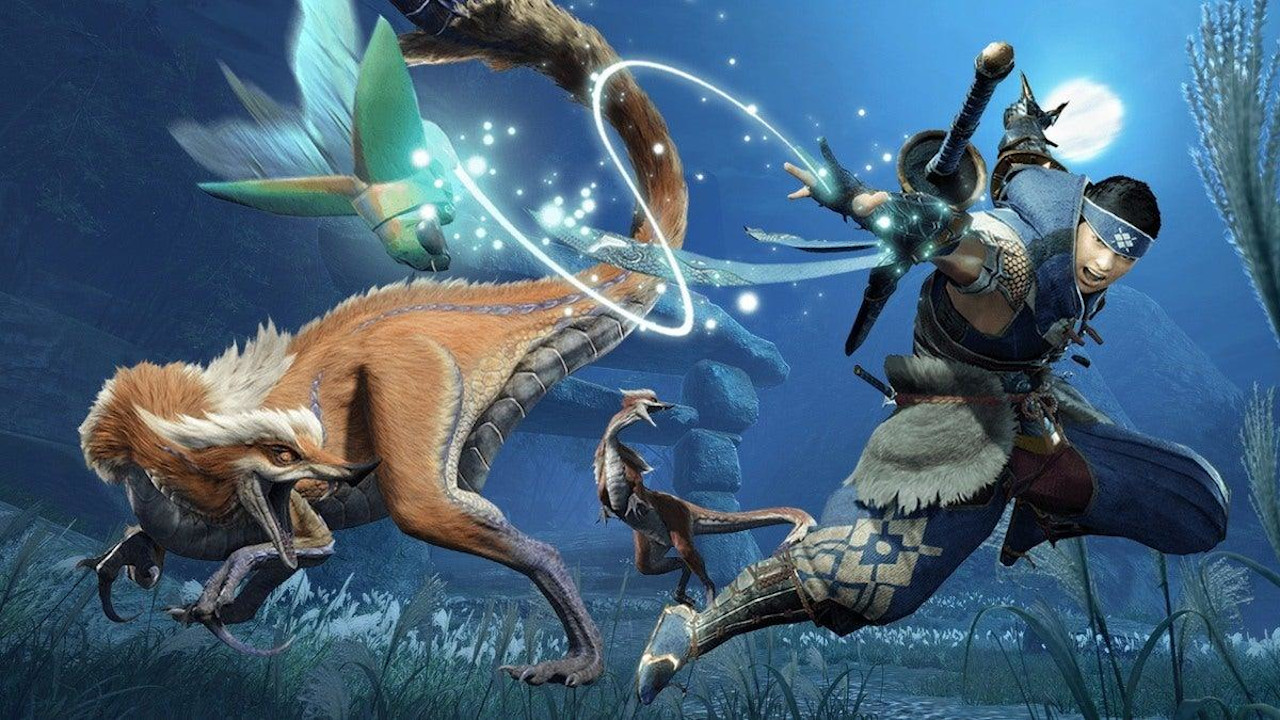 Monster Hunter Rise has a plethora of monsters to fight against, in order to obtain their beloved scales and fangs. This goal can’t be accomplished without bringing your favorite weapon with you. There are 14 weapon types to choose from, so actually finding your personal favorite, can be a daunting task indeed. That’s why I decided to create a brief list, splitting them in groups in terms of how difficult (or easy) it is to use each one of them.

Every single weapon type is viable, so don’t be afraid to experiment.

Instead of writing down each weapon in too much detail, this article will remain simple enough for new adventurers to have a starting point in their choice, while fresh enough to to remind veterans some of the weapons they may have forgotten, due to the hundreds of hours spent with their favorites.

Let me start things by saying this though. If you are a new player, use ALL of the weapon types at first, at least once or twice. Slicing down monsters with the Dual Blades may look (and sound to be honest) cool, but you may like bashing their heads with a Hammer way more. You will never know if you don’t try it, so make sure to make at least one run with each weapon type before going like “I will main this one”. That is my personal opinion of course, so it is by no means the “correct way to do it”, rather a humble suggestion from someone that spent thousands of hours with the franchise.

Additionally, one more clarification needs to be noted down. It is actually quite easy to get started with ANY weapon you choose, since the developers of Capcom ensured that understanding and using a tool should be simple enough to start, but VERY hard to master. Therefore, a weapon that is listed as “easy” may be an entirely different story if you decide to become a grandmaster with it. I will mention such cases right below, so no worries about it.

With all that said, let us proceed with our lists.

Out of these four, Long Sword is the easiest to understand, use and get the hang of it. You simply slash everything on sight, with easy button combinations. While doing so, a meter is filled, and when time is due, you use a certain skill to “upgrade” your weapon’s damage.

The Hammer comes really close as the easiest weapon to use, as its only catch is to learn the timing of your attacks. You will spend more time aiming for the head of each creature, in order to take advantage of the Hammer’s innate stunning power, so this may take a while to get used to.

Dual Blades are the choice of every anime enthusiast out there, and I can’t comment enough as to how cool it looks while using them. Each attack fills a certain meter, which in result stacks up and unlocks a slightly different moveset when full. While the process is simple, what’s hard about the weapon is resource management, since you will see your Stamina bar evaporating in no time.

Lastly, Sword and Shield is a very unique weapon, that may look like the default weapon of each protagonist out there, but trust me when I say, it is NOT. Hack and Slash may be its main way of dealing with monsters, but with the addition of being able to use items without sheathing your weapon. This may sound as a small niche feature, but rest assured it can be utilized to an extend that makes SnS one of the cases I mentioned above. Easy to learn and use, but VERY hard to master.

Starting our list of the intermediate weapon types, Great Sword is the key tool that everyone needs to take advantage of, if they want to get used to the game as a whole, and not just for this specific class. Great Sword is big, hits hard, needs perfect positioning in order to maximize its DPS, and can make you a great hunter just by simply trying to be good with it. The “hit ‘n run” tactic is the best way to start learning this weapon, so it is a suggested pick for everyone out there.

I’ll be honest here. Lance is my least favorite weapon type in all of Monster Hunter franchise. For solely one reason. It’s boring. I can already see Lance fans screaming their lungs about this humble opinion, but I can’t help it, so apologies. With that said though, one thing is for certain. Lance is strong, like, really strong. In the right hands it can probably be the safest option out there, with its only catch being the same as Great Sword’s. You need to have a constant good placement of your character, in order to dish out some real damage, and most importantly, hit the weak spots of each monster. Other than that, Lance is poke-poke-poke-win.

Right at the opposite side, we have Hunting Horn, which is my most anticipated weapon class out of all, due to the quality of life changes that will be receiving in Monster Hunter Rise. Normally, this instrument would be in the Advanced category, right below, but due to how the devs changed it, it is now an extremely accessible weapon, which is also really fun to use. Basically, you hit a lot, playing tunes while doing so, buffing up your teammates as well. The hard (not that hard after you get used to it) part, is playing the correct melodies, depending on the situation. Also, it is a little on the slower side, like the Hammer, so you may need to adapt your attack patterns, depending on the monster you face. I already shared an article with what’s new about the Hunting Horn, so feel free to check it out here.

Switch Axe is a weird one. It’s 2 weapons in 1, which is the only real gimmick of it, hence why the intermediate listing. You attack with the slower Axe part, and when its energy is filled enough, you can transform it to the hard hitting Sword. Managing your resources is again a thing, making it mandatory to predict monster movement, to throw your big nukes when time is right.

Light Bowgun is your pew-pew tool, and there is not much to say about it. In contrast with its counterpart, the Heavy Bowgun, it is more versatile and you have way better mobility with it, exchanging raw power in return. It can dish out constant damage, but you will need to get a good understanding of the different types of ammo that exist in the game, in order to do so.

Bow is an awesome weapon, but as the Light Bowgun, it needs correct resource management on your different coatings (Bow’s equivalent of ammo). Also, the Bow has some unique movement options, so you can actually “combo” attacks, which open up the playstyle even further.

The last list could be the most convoluted one, since the order of these weapons can vary, depending on the case. Starting things with Gunlance, some may say that the weapon is not actually hard to use. The reason I’m debating this, is due to the nature of the weapon. It is essentially a Lance with bullets in it, but in order to utilize it correctly, you need to think of many things at once. Positioning, resource management, correct element of the bullets, good reflects to Guard whenever needed, and so on. Hence why I believe that the Gunlance, is an actually pretty hard weapon to use, but not as tough like the rest of this list.

Heavy Bowgun was the choice of every speedrunner out there, in the previous installment of the franchise, Monster Hunter World. Why you ask? The answer is simple. It hits HARD. Especially if you know what ammo to use, at which time and place. What lacks is mobility, which can be the reason why you fail a quest. You need decent equipment to withstand blows, so Heavy Bowgun users needs to constantly be prepared, making it a not-so friendly choice for new players.

Charge Blade. Oh boy, if we were to start a detailed analysis of this weapon, we could take the whole day. Therefore, I will try to keep it as simple as possible. This tool of destruction is a big Sword and Shield, which can transform into a huge Axe, just like the Switch Axe transforms to a Sword. What makes it so different though, is that it also has energy phials, a unique ammo type, which can be consumed to greatly enhance the weapon, leading up to a huge blast, with the correct button press. Which is the most complicated part about the weapon. Its move list, is very big. Different attack patterns for each button press, different combinations for using phials, different uses of the same button combination, depending on the attack animation, and so on. As you realized, if you are new to Monster Hunter Rise, the Charge Blade is the only weapon that you can’t just pick up and play, since it needs some research beforehand. The definition of an advanced weapon type.

Lastly, but certainly not least, Insect Glaive is in my opinion the hardest weapon to use. It doesn’t have such a complicated moveset as Charge Blade, but it makes up for the conditions it needs to fulfill, in order for the weapon itself to be actually usable. Monster Hunter Rise introduces some quality of life features to it, in order to reduce those requirements, but it still is hard to get used to it. Basically, you have an insect pet, that you can send to gather different extracts from monsters, which in return provide boosts to your character. Filling up a certain amount of them, makes your character go ballistic, with a slightly different moveset, like the Dual Blades, and that’s when the weapon is actually able to dish out some big numbers. Those buffs last a limited time though, so you need to gather those resources again, after expiring. Hence making this class having to literally do “chores”. Did I mention that those extracts come from different parts of a monster’s body? Oh yes indeed. Even so, while Insect Glaive is by far one of the hardest weapons to use, it is one my favorites, and actually a fan favorite in general, so don’t hesitate to use it. Just be ready for it, cause you are in for a treat.

Everything mentioned above didn’t even scratch the surface of what all of the weapon have to offer, and as previously mentioned, learning any of those can be easy, but in order to hunt the toughest monsters out there, you will need to understand each type to a whole different level. The usage of items, the new Wirebug tool which we haven’t even mentioned, and other factors can affect your gameplay to a huge extent. Don’t be afraid to try lots and lots of weapons, just to see what’s working best for you. Monster Hunter Rise is all about having fun, so even if a weapon is really hard to get the grasp of, don’t hesitate to use it, if you enjoy your time with it.

I hope this brief (not really) guide will help you select your weapon class of choice, or at least give you an understanding of what you could expect from each weapon. Stay tuned for more detailed guides in the future, where we will discuss about each weapon in detail, including their new Wirebug abilities.

Monster Hunter is set to release on March 26, 2021. In the meantime, make sure to download and play the free DEMO, on the Nintendo Switch.