This revamped weapon will rock your soul! 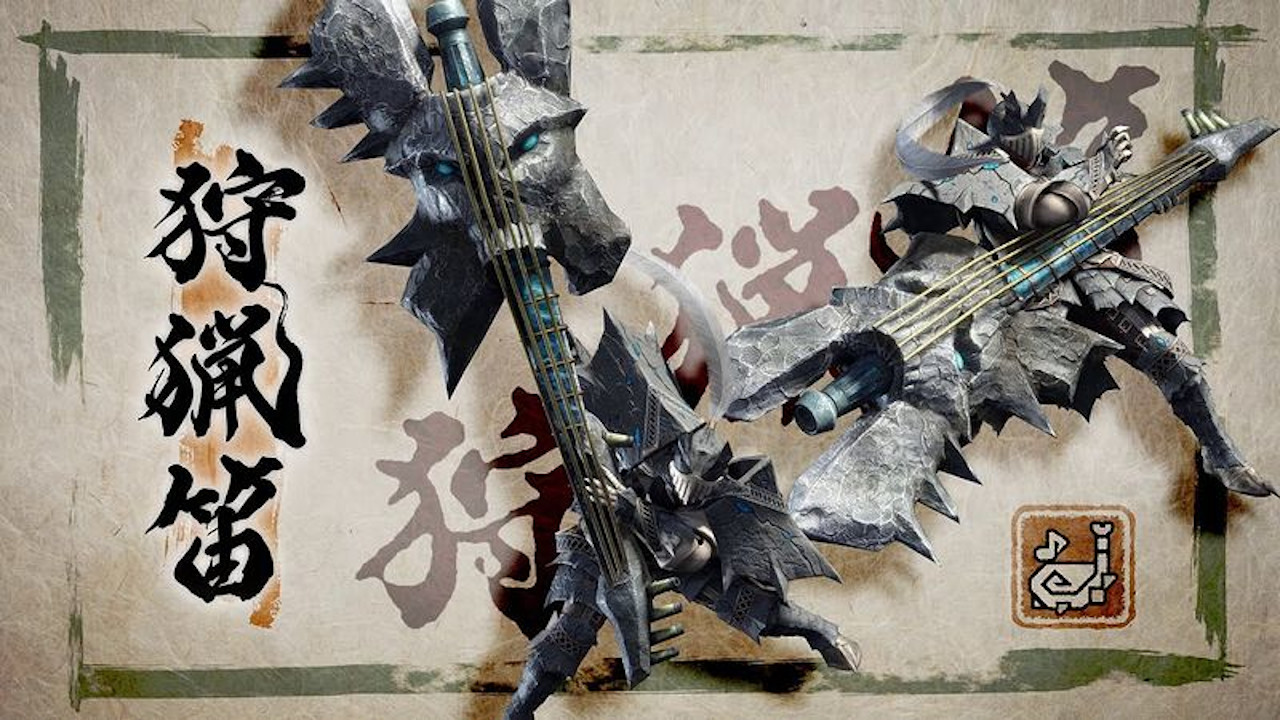 Monster Hunter Rise is turning out to be one of the most anticipated games for the Switch, and for a good reason. Hundreds of armor pieces to build, unique monsters to hunt down, huge and interesting new areas to explore, and of course, awesome weapons to use.

Numerous wild creatures are waiting to be confronted with our adventurers, who use weapons and armors crafted from their own kin. If that alone is not a reason for them to get revenge, I don’t know what is. Those weapons we just mentioned, vary from simple –yet effective- giant swords, to the more convoluted musical instruments of death. You heard that right, in the world of Monster Hunter Rise, even music can be lethal.

Hunting Horn is a heavy, hard-hitting instrument, which will send Monsters to their doom. With style.

The Hunting Horn was first introduced in the second generation of Monster Hunter games, and remained a staple since then. While the weapon itself is actually pretty strong overall, it never gathered the attention it deserved. It remained as one of the least used weapon types in the Monster Hunter franchise, including the latest entry in the series, Monster Hunter World: Iceborne. With that said, don’t get fooled by its gimmicky nature, as this piece of art, can rain destruction upon its enemies, hitting cool tunes along the way. Which couldn’t be truer, especially in Monster Hunter Rise, where it seems to be discussed a lot by the fans of the franchise.

After playing the very recent DEMO that was launched, for a handful of hours, the Hunting Horn seems to be one of the weapons that our beloved developers really invested time to. While the nature of “how to” use the weapon remained mostly the same, the new quality of life features they introduced, completely sends the Hunting Horn to new heights.

For those that are not aware, the specific instrument is pretty much a huge club, which you can use to attack enemies, while generating various melodies. Those melodies provide different buffs to your character, making him or her, a complete wrecking machine by the time you stack up some of them. Players were needed to remember those melody sequences though, so they can get the buffs they needed at the time.

In Monster Hunter Rise, using your memory is a thing of the past, since you can now see those melody sequences on the left of your screen, as part of the UI. Not only that, but their implementation got simpler as well, with the addition of a new meter, that fills up as you fight and use your music to the fullest. Lastly, but certainly not least, a new Hunting Horn move is introduced, the “Magnificent Trio”. Not only the name is fancy, but the move itself turns out to be part of your core gameplay, since whenever you use it with a simple press of a button combination, you receive all the buffs you gathered up to that point, leaving you the space to plan your next set of moves and actions. This saves up so much time, making the weapon extremely versatile, and most importantly, really fun to use. Additionally, all those buffs can affect your party as well, so having a Hunting Horn user in the team, will always be a crucial benefit. Bards, unite!

Combining all of the above quality of life changes, with some new move set, by utilizing the new Wirebug feature, the Hunting Horn seems to be in a very interesting spot. We haven’t even seen the full extent of the weapon’s range of moves, due to not being able to take a look at the list of all weapon actions through the DEMO, but it is certain that Monster Hunter Rise, has a new fan favorite weapon type. We will need to see what lies in the future though, to be concrete about it.

Monster Hunter Rise is set to release on March 26th, 2021, exclusively on the Nintendo Switch.