Monster Hunter Rise: How to Get Monster Broth High Rank weapons and armor pieces require quite a few items you most likely haven’t yet found in Monster Hunter Rise, with Monster Broth clearly being one of them. A material found even in previous entries of the franchise, Monster Broth can mostly be obtained through two different methods. Let’s find out what are those two ways.

How to get Monster Broth in Monster Hunter Rise

Hunting large monsters or simply exploring the beautiful maps of Monster Hunter Rise, both can award you with this ingredient, so you are in luck. In case you prefer hunting monsters for their loot, then the rolling Volvidon is the actual monster you need to focus on for getting some Monster Broth.

Don’t get confused with its Low Rank variant, as we are in High Rank territory now. Start an HR hunting mission in Sandy Plains or Lava Caverns with Volvidon as the target, take it out and there are chances of earning some Monster Broth afterwards. It has 18% chance to drop through the quest rewards, and another 25% chance as dropped material, which means you may need to farm for a while if you are planning on getting loads of them. 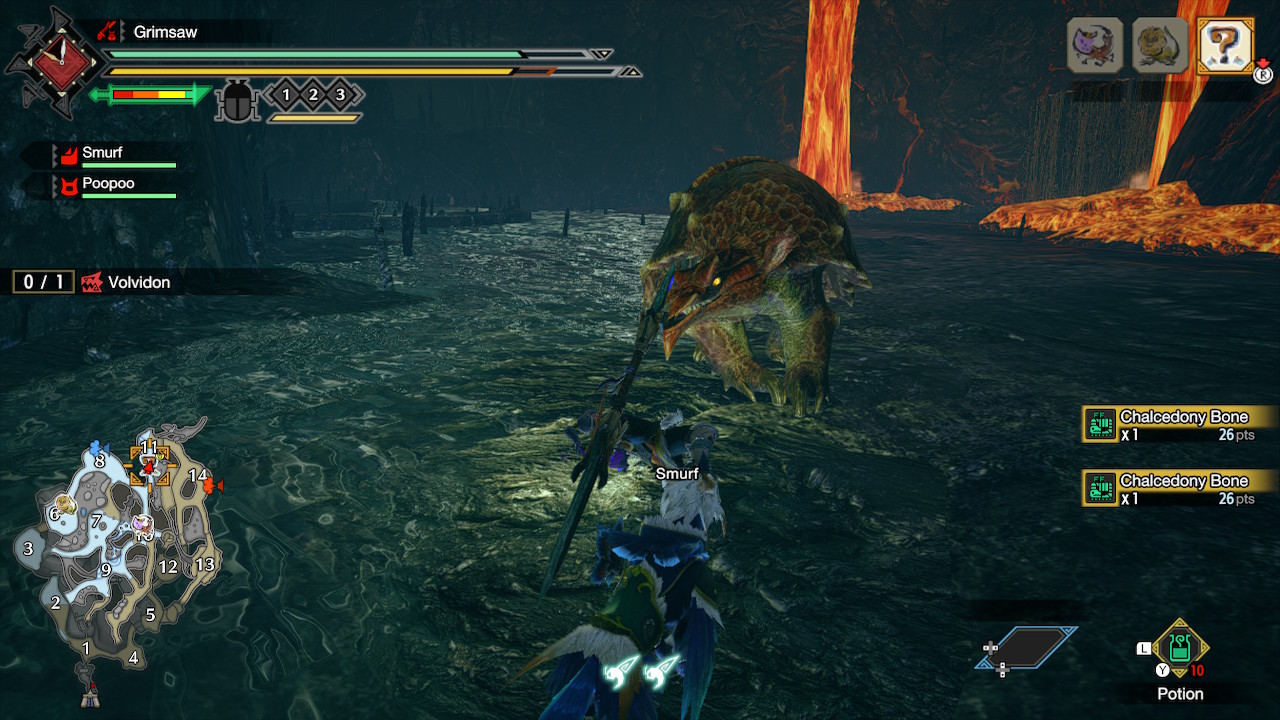 The other method of getting Monster Broth, which I personally prefer following, is to find  in any map of Monster Hunter Rise (HR maps only), some Bnahabra. These annoying insects can drop Monster Broth whenever they are killed, but there is a catch. You need to loot it from their fallen bodies, therefore if you actually attack them head on, it is most likely you will destroy them entirely. You need to take them out in ways where their body will remain intact, like for example letting your Kinsect attack them, if you are holding an Insect Glaive. There are more ways disabling Bnahabra safely, so choose the one you prefer and take out a lot of these bugs. Region 11 of Shrine Ruins is one of the best places to grind for these, as they constantly appear, even if you wait for a while for them to respawn.

Lastly, a bonus way of getting some Monster Broth, is through the Meowcenaries system. Since it is solely based on rng, it is not exactly reliably, hence why it is not recommended to depend on those missions to get some of the specific material. Simply target a route with the corresponding creatures, and you will have chances of earning some.