Fashion hunting is the true end-game 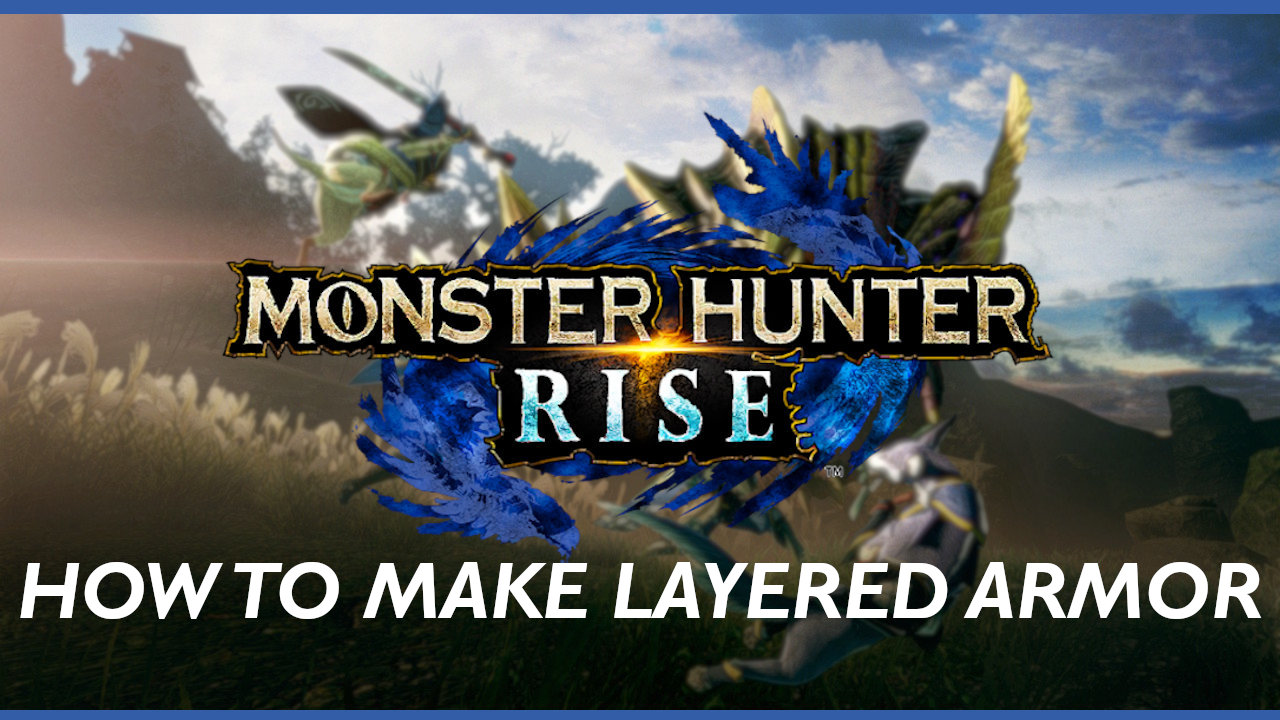 Monster Hunter Rise 2.0 is finally live, bringing alongside it the possibility of making Layered Armor out of any unlocked armor set in the game. A feature that was implemented very late into the previous title, Monster Hunter: World, now makes its appearance in the exact opposite way, very early into Monster Hunter Rise’s life span. Being the first major update, someone would expect less new things to be added, but the Monster Hunter team was generous enough to throw to us a lot of new and exciting stuff, like crafting ourselves some Layered Armor. Let’s see how you can actually create your very own fashion set.

How to craft Layered Armor in Monster Hunter Rise

In order to create some Layered Armor, you need to first unlock the specific armor you want. The moment you loot any material of any monster, its armor set is unlocked and you can now craft it. You also need to have your HR cap unlocked, so expect to put in some time first before you are able to actually personalize your equipped armor sets. Reaching HR 7 in Monster Hunter Rise was the maximum up until today, but after the 2.0 update, those that have reached this specific HR have their cap removed, to further heights. Which also unlocks the feature of creating some Layered Armor.

After you fulfil the requirements above, you then need to visit the blacksmiths of Monster Hunter Rise in either Steelworks or the Hub area. They will mention themselves that they are now able to create Layered Armor, if you have the materials needed for it. Besides some of the monster materials you will need, an Outfit Voucher is also mandatory for each armor piece you want to create. Higher Tier items need more vouchers than one, sitting at three the most, so expect a lot of farming to be done if you want multiple Layered Armor sets. That said, the Outfit Voucher is easily farmable by simply completing HR quests of 7* and above. Aimed at those that can clear some of the hardest content of the game, fashion hunting is for sure an end-game activity. If you want to know more about how you can get some Outfit Vouchers, feel free to take a look at this guide right here.

After you have your desired Layered Armor crafted, all you have to do is to visit your Item Box and set it from there as your new Layered Armor appearance. Click on “Layered Armor Settings”, then choose “Change Layered Armor” and pick the items you want. With that, you are done and you have now dressed up with the armor you want the most, without affecting your actual stats and skills. Enjoy!