A balanced, all around weapon for beginners and veterans alike. In the world of Monster Hunter Rise, where giant monsters of all kinds exist, you’d think that a simple Sword and Shield wouldn’t cut it for being able to handle them, but you would be way wrong. The specific archetype may not seem like it, but it can dish out a lot of damage, protect you when needed and support your fellow hunters in a mission. The Sword and Shield had a lot of changes throughout all these years, ending up solidifying their presence as a competent weapon and tool. We will analyze it in this guide below, listing all of its controls, pros and cons and its new Silkbind attacks as well.

Sword and Shield Guide and Overview

In Monster Hunter Rise, as well as in the previous entries in the series, first thing someone would notice by using the Sword and Shield, is the weapon’s direct gimmick. Normally, you can’t use consumable items or any items in general when your weapon is already drawn, as this action is possible only when the weapon is sheathed. That is not the case when you have a Sword and Shield as your weapon of choice, since you can use items even when the weapon is already held in your hands. It may not sound as something significant, but this gives your character a whole different level of versatility and self sustain.

By being able to use items anytime in a fight, turned the Sword and Shield class more of a support one in the long run. Able to use items way faster than other weapons in conjunction with their fast playstyle, it was a recipe for success. Which brings us to the fact that the Sword and Shield is a very fast weapon. Fast in the form of constantly doing things in battle, combat or not, and its most damage output comes from consistent pressure over a monster. Small, swift swings from the sword in combination with the shield’s blunt attacks to stun the monster, are the weapon’s best way to take down enemies. Additionally, this fact makes the Sword and Shield a great candidate for using elemental versions of them. Like the Dual Blades, it hits constantly and very fast, able to inflict ailments to monsters with ease.

Sheathing and drawing the weapon is also very fast with little to no slowdown, making you able to avoid a lot of huge monster attacks that could end up carting your character. As you have the option to shield many of them as well, a Sword and Shield user is able to survive easily in a run. Which in result, makes running to other teammates to help them by healing or any other kind of treatment they need, very easy to achieve. If you include all of Wirebug’s new abilities too, the mobility and sustainability of this class is unrivaled.

Sword and Shield Controls and Combos 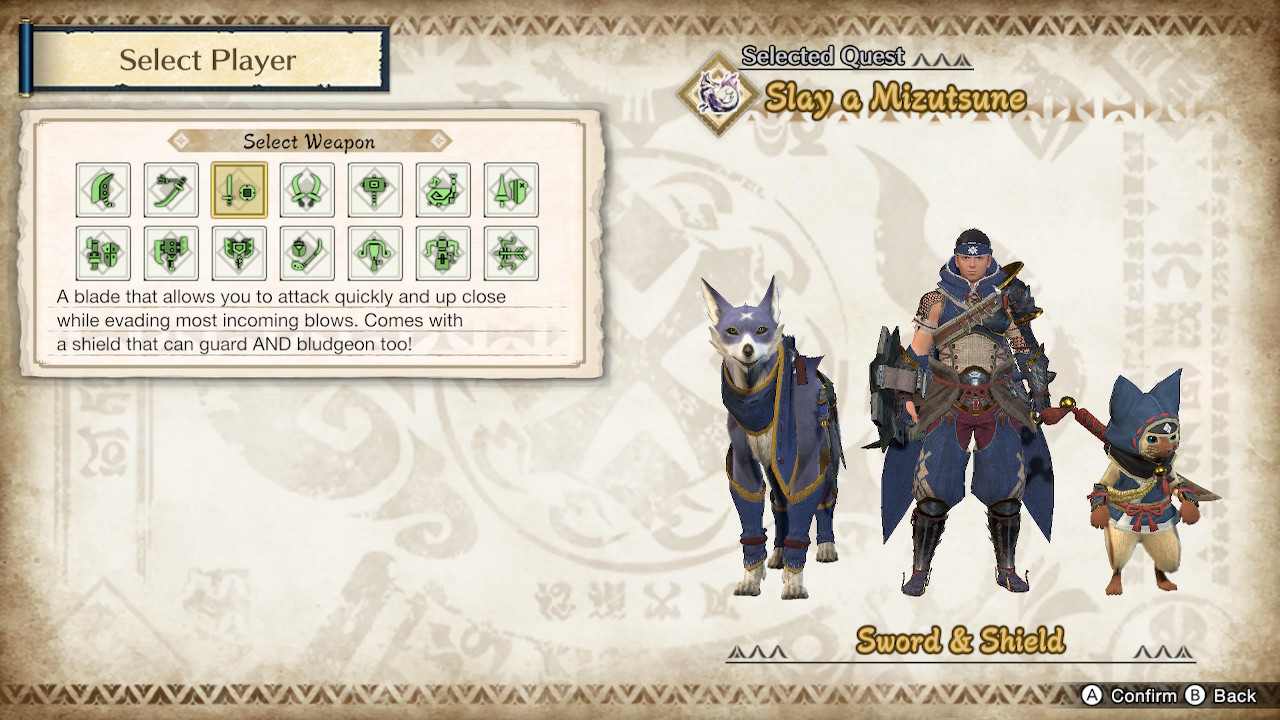