Antiheroes and villains are set to join this season's roster in MultiVersus! 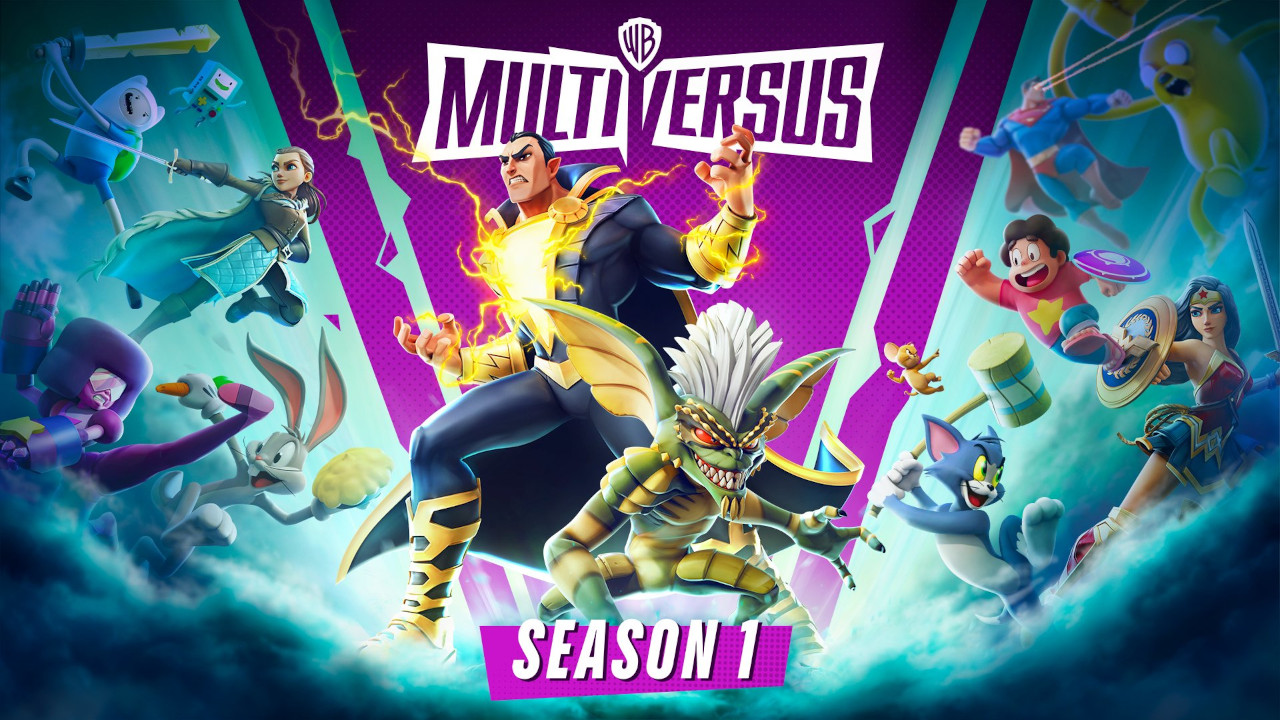 MultiVersus Season 1 is live today, but the hype does not stop there. While the game has been steadily preparing new characters to roll out over the coming weeks and months, this hasn’t stopped the company from announcing new and exciting additions to the smash-hit F2P crossover fighter. While rumors were quickly swirling around who would be announced yet, the developers took to social media to quickly announce their newest characters who will be joining the WB fighting roster: Black Adam of DC, and Stripe, from Gremlins. Read on for more details on Black Adam and Stripe in MultiVersus!

The MultiVersus Twitter account was quick to report this pair of incoming new fighters, with a release window taking place sometime before the end of Season 1 in November 2022. You might even have noticed the start menu now features the two characters. Given the Black Adam film’s release date being October 21, 2022, it’s likely we’ll see him arrive in MultiVersus on or before that date, and as for Stripe, there’s not an expected date as of yet. With the Gremlins film, from which Stripe originates, having taken place during the Christmas holidays, it’s possible this character could arrive near the close of season 1 to coincide with Halloween or even the holiday season in 2022.

Given the state of this character being yet to be revealed, this is largely speculation, but his abilities will make him largely similar to Superman, but possibly with more focus on special attacks that deal heavy damage. He will likely make use of his abilities, granted by 6 Egyptian gods whose names form the acronym Shazam (originally given by the wizard Shazam), such as enhanced agility, superhuman strength, and perhaps his most famous asset, electrokinesis which he can harness into concentrated blasts, or bolts called down from the heavens to strike his foes. Given the work already done on him in both of the Injustice games, there’s plenty to work with to make him a fearsome competitor.

Done right, Black Adam could have something similar to Pikachu’s down special in Smash Bros., where they call down a bolt of lightning, causing heavy damage and launching foes caught in the strike or blast. It could fit nicely too, him calling out the magic word, “Shazam!” Other particular moves that would be great to see could include a down-air regular attack serving as a powerful spike as he kicks opponents down with both legs, arms crossed, looking unimpressed. Black Adam is an antihero who exudes power, and his moves could feature a greater focus on knockback and damage than Superman’s.

Stripe will likely feel far more original by comparison, being the first character to feature from the Gremlins movies in the MultiVersus roster. It is the leader of the first batch of Gremlins, and the first film’s villain. With its particular origin as a Mogwai being fed after midnight and getting wet, it could be a vicious, creepy fighter packing a lot of punch, and the ability to spawn more gremlins by coming into contact with water makes it an unknown quantity, so it’d be interesting if it could spawn these monsters as harassment and extra damage like how another fighter, Tom, uses Jerry. Stripe could use all sorts of improvised weapons and be an all-around speedy little bruiser, and has shown proficiency with firearms.

Also, Stripe, like any other Gremlin, was once a Mogwai, so perhaps in its initial state after spawning it could present as its cute, fuzzy form, before fulfilling conditions to become the devious, murderous runt at its truest potential. It is possible this could be another difficult fighter to master like Tom & Jerry, but very distinctive at the same time, serving as one of the only other villains on the roster.

As for prices, there is no confirmation, but given Black Adam’s similarities to Superman, he could likely cost either 2,000 gold to match him, or 1,500 gold and be easily unlocked and hyped for the film, while Stripe could likely cost 3,000 as it could be a more difficult character, and there are only 4 current characters under that price.  Additionally, it would be shocking if there wasn’t a variant skin for Black Adam featuring the likeness of his live-action portrayer, Dwayne Johnson.

But this is all pure speculation and we will keep you up to date on everything we know in the coming days, as MultiVersus has lots in store for us during Season 1.  This concludes our coverage on Black Adam and Stripe in MultiVersus!  Be sure to check out our other guides on the game!

MultiVersus launched for players everywhere on July 19, 2022, and is currently playable on PC, PlayStation 4 and 5, Xbox One, and Series X|S.