Find out the easiest ways to score in NHL 23! 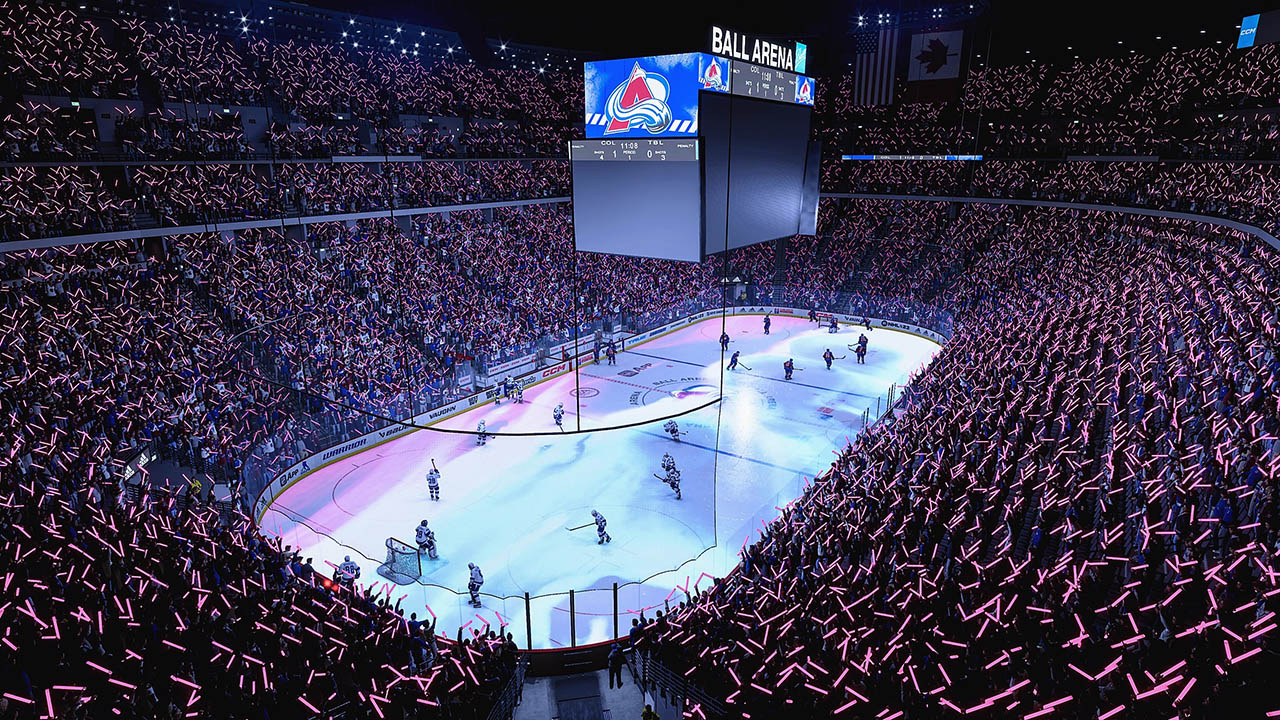 While it may sound like it’s something simple, scoring a goal in NHL 23 can be one of the hardest things to do from the start. You’ll need to make sure that you’re patient, and skilled to make this happen and if you’re not having luck, you may feel like giving up. Thankfully, there are a few different ways that you’ll be able to start scoring goals and working your way toward becoming the best in the league.

You’ll have more than enough options to learn in NHL 23, and by following along with these tips and tricks, you’ll find that this once impossible sound task is now becoming easier than ever thought. Let’s dive in and find out the easiest ways to start earning goals in this exciting hockey simulation title!

How To Score Goals With Ease In NHL 23

No matter if this is your first time on the ice or if you’re a seasoned veteran returning to the series once more, subtle gameplay tweaks have made this game feel better than ever. However, there are going to be a few times when it feels like you’re doing everything you can to score a goal, but keep coming up short. Let’s find out a few ways to ensure that you’re hitting the mark any time you try to.

Passing To Players Is Key

No matter if you have a favorite player on a team, you’re going to need to keep the puck moving so the goalie doesn’t have a chance to stare you and your plans down. Keeping the puck flying around, while using caution, is one of the major ways that you’ll be able to make sure that you’re getting closer to scoring a goal.

While this may not work every time, you’ll find that you’re going to have more luck keeping the puck on the fly rather than with a single player. If the goalie can just keep their eyes on you as you approach, you’ll find that you’re more than likely always going to get denied. Keeping them on their toes with a deke or two while you’re coming down on them can help you out, as well!

Don’t Be Afraid To Go Long

The Slapshot is a weapon, especially for specific players the specialize in it. No matter if you’re trying to score with seconds to go, or if you have a chance to get in on an empty net, the slapshot could be a major weapon in your arsenal. While spamming this specific shot is bound to lead to more frustration than victory, there are a few key times that you’ll be able to use it to your advantage.

If you’ve noticed that the opposing team is down a goalie to bring out an extra attacker, staying behind and giving the puck a mighty wallop is something that can help you score a goal quickly and easily. Or, if you’ve noticed that a line has opened between you and the defender, a nice reminder of why your team is the best could prove to be a mighty point on your scoreboard.

On-Ice Trainer Mode Is Your Friend

Even though it may feel shameful to use it, the On-Ice Trainer is an excellent way to learn the proper trajectories of your shots and why you may not be scoring as often as you think you should be. There are plenty of times that you’ll place a solid shot on the goal, only for it to go flying away spectacularly, leaving you scratching your head as to what may have happened.

Thankfully, this option will allow you to see the proper lines to the goalie, as well as the accuracy of your shots. You may think that you’re getting dead-on shots, but you’ll come to find that you’re swinging way too hard in either direction. You’re able to turn this off, but for players that are just starting, this is an invaluable tool that can help you become better at your new favorite sports title.

Sink Some Time Into Training

If you’ve tried just about everything and still can’t figure out how to make a proper shot at the goal, you’re not alone. There are plenty of training options available for you to sink your teeth and skates into, allowing you a chance to perfect your shots before you go out onto the rink once more.

You’ll be able to learn just about everything with these modes, including the easiest ways to win a faceoff that you’re currently stuck in. Learning some of these more aggressive tactics can give you a heads-up in your next match, so make sure that you’re utilizing everything available to you is key to becoming one of the greatest players in the league.

Play Against A Local Team

If you’re finding it hard to score a goal against some of the more professional teams on the roster, you’ll be able to switch leagues and go against some players that aren’t as well-suited to go against the big dogs. Taking a team like the New Jersey Devils against the Milwaukee Admirals may prove fruitful, as it will give you a chance to work on your skills against a lower-ranked team.

And those are some of the best tips and tricks that you’ll be able to use to start working towards climbing up the ranks in NHL 23. Make sure that you’re checking out our Guide Section, so you know which goalies to avoid until you’ve developed the proper rhythm if you’ll be able to play Cross-Play against your friends, and all of the ways to celebrate a Goal in NHL 23!