Nintendo Switch Online: How to Complete Missions and Get Rewards to Customize Your Profile

Check in weekly for maximum benefits! 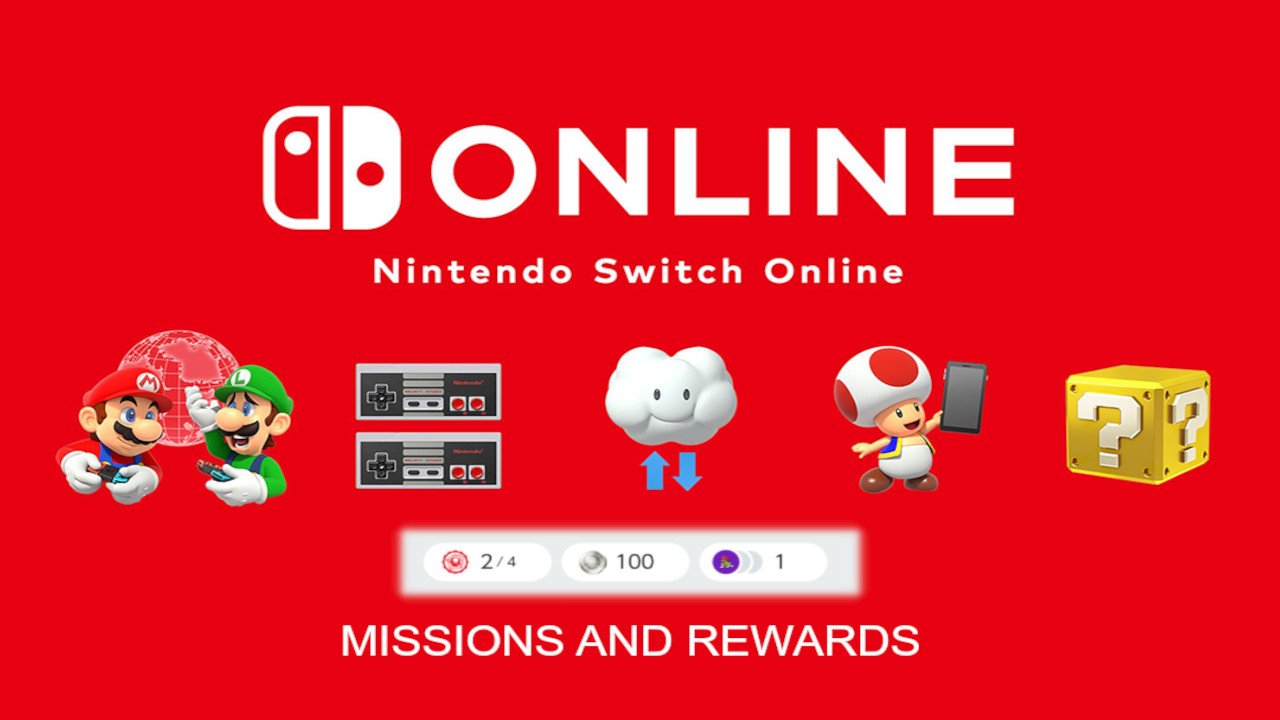 Nintendo Switch players were surprised today to find a new feature added to Nintendo Switch Online which appears to reward you for checking in on the NSO app.  This appears to be inspired by My Nintendo Rewards in the past but with better onboard integration, and also take cues from Xbox Game Pass Rewards such as giving points for playing games featured on the service.  You might find yourself wanting to know how to access this so we’ve gone ahead and taken a look into how you can access everything.  Read on for our guide on How to Complete Missions and Get Rewards on Nintendo Switch Online!

Nintendo Switch Online: How to Complete Missions and Get Rewards to Customize Your Profile 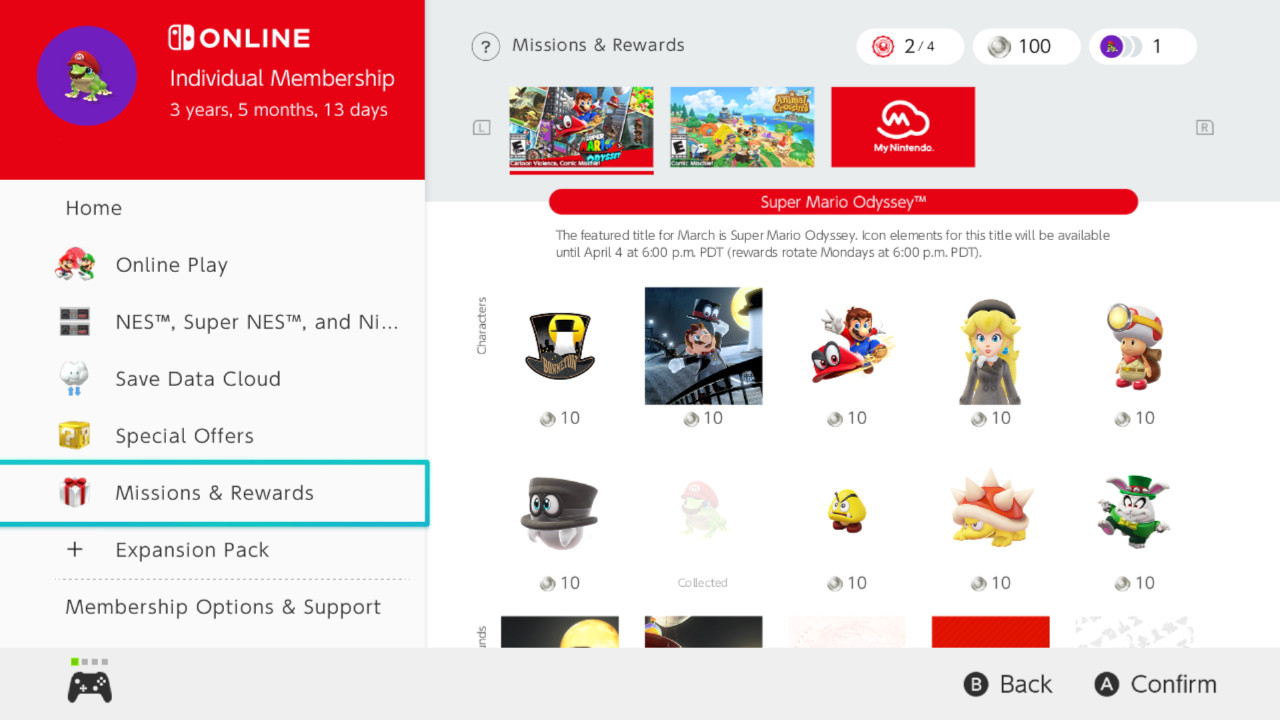 The first step is to open the Nintendo Switch Online app on the bottom left of your Switch home screen, and from the menu that appears, select Missions & Rewards.  From here you can see tabs at the top of the screen, including Missions, Platinum Points you get for completing them, and Icon Collection which you unlock with your points.  You’ll want to check back here frequently, and complete as many Missions as possible to reap all the available Rewards, as they will change every month. 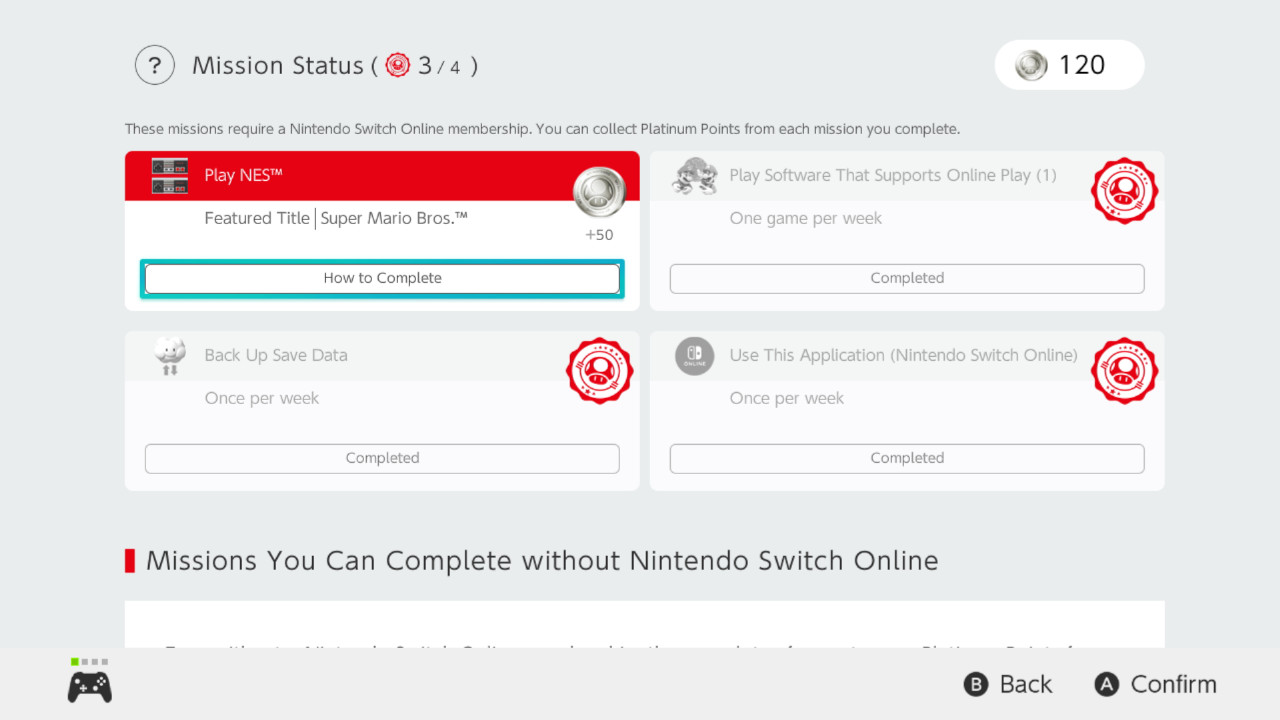 Selecting the top left tab brings you to the Missions.  NSO lists 4 Missions, 3 of which appear to rotate weekly.  These include generic functions such as playing a game that supports online play, backing up your save data, and using this app.  The 4th Mission is to play a featured title provided by the service, this week’s being Super Mario Bros. and this Mission lasts 31 days.  Check back every week to complete your Missions and rack up those Platinum Points.  Note that the My Nintendo Service is still active, so be sure to check in if you’re not subscribed to NSO for other types of rewards. 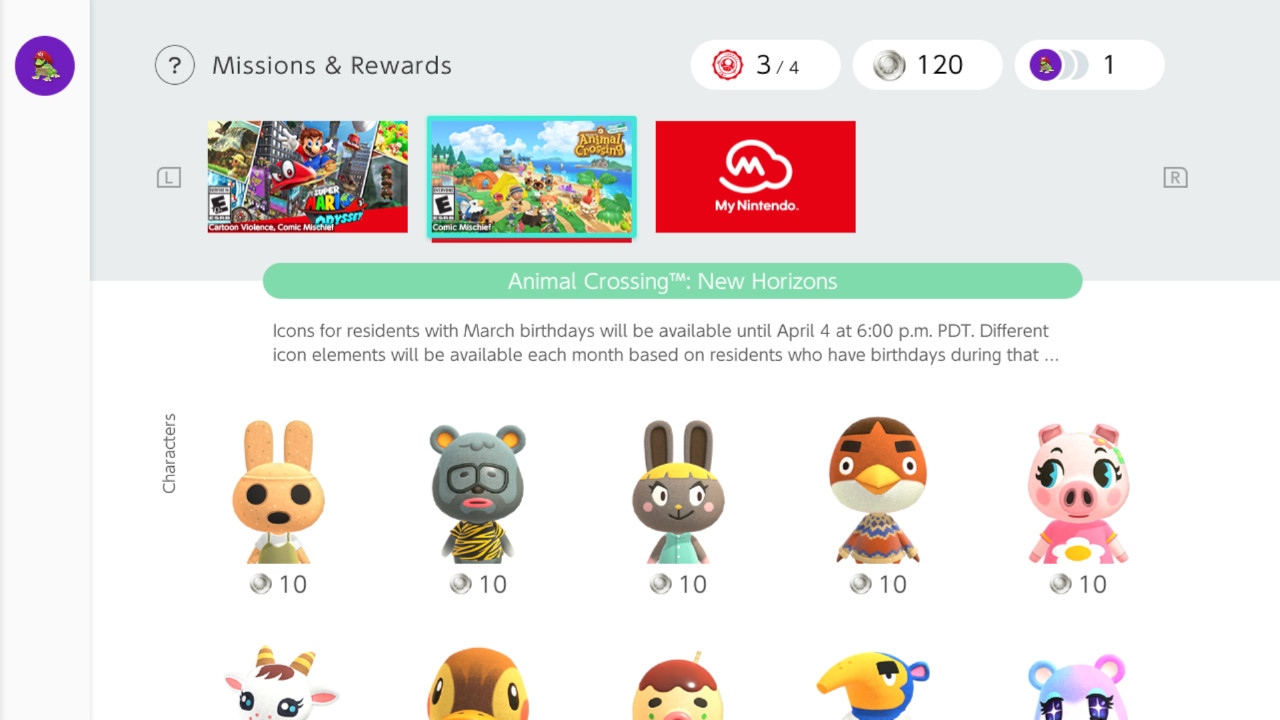 The app lists a rotating array of Rewards each month, so this is the beginning of the March event featuring Super Mario Odyssey and Animal Crossing: New Horizons Rewards.  Each week has different Characters and Frames you can unlock for your Switch avatar, so prioritize the ones you want the most before different Mario content appears.  Characters cost 10 Platinum Points, while Backgrounds and Frames cost 5 Points.

While the Mario content will likely change to a new title next month, Animal Crossing’s Rewards feature Icons for characters with birthdays from the current month, so April will feature other AC characters.  The March event leads directly into the April event on April 4th, 6:00 PM PDT, with weekly rotating Rewards changing every Monday at 6 PM PDT as well.

How to Customize Your Profile 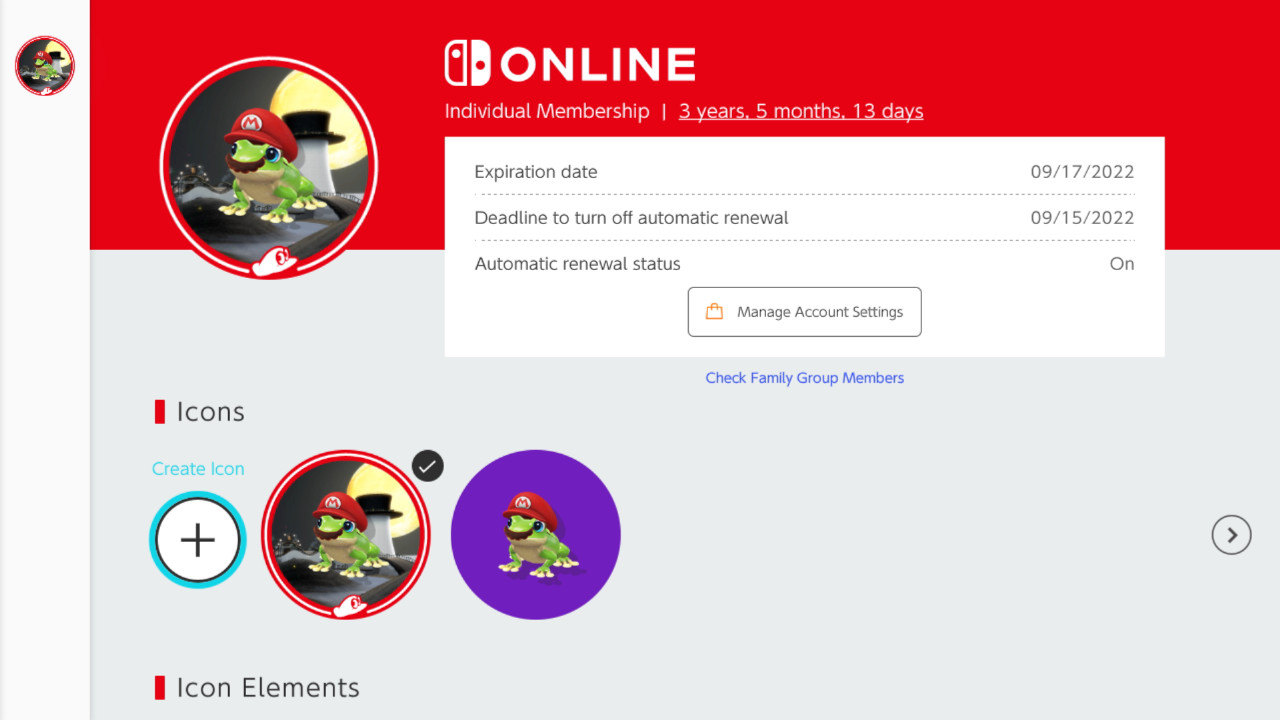 Once you’ve purchased what you want, navigate to the top left of the menu on the NSO app to your profile, and select the “Create Icon” option.  You’ll be brought to the Icon Creation menu, where at the bottom of the screen you can hit the Create Your Icon button to select your Background, Character, and Frame.  Alternately, the Icon Creation menu will randomize a set of Icons based on what you have unlocked, and you can pick one of those.  Once you’ve created your Icon, it’ll show up on your profile and can be edited, and will display for friends to see on your account.  Please note that if you want won’t see this option on your Profile in the main Switch menu.

This concludes our guide on How to Complete Missions and Get Rewards on Nintendo Switch Online!  This is a step in the right direction toward some long-overdue customization options on the Switch, and hopefully means more features like home screen themes in the future.  This also might appease fans who have wanted characters from other franchises represented in the Icon menu, so hopefully, we’ll see games like Xenoblade or Fire Emblem featured in later months.

Attack of the Fanboy / GAME GUIDES / Nintendo Switch Online: How to Complete Missions and Get Rewards to Customize Your Profile