Noita – How to Drink and How to Fill Flasks 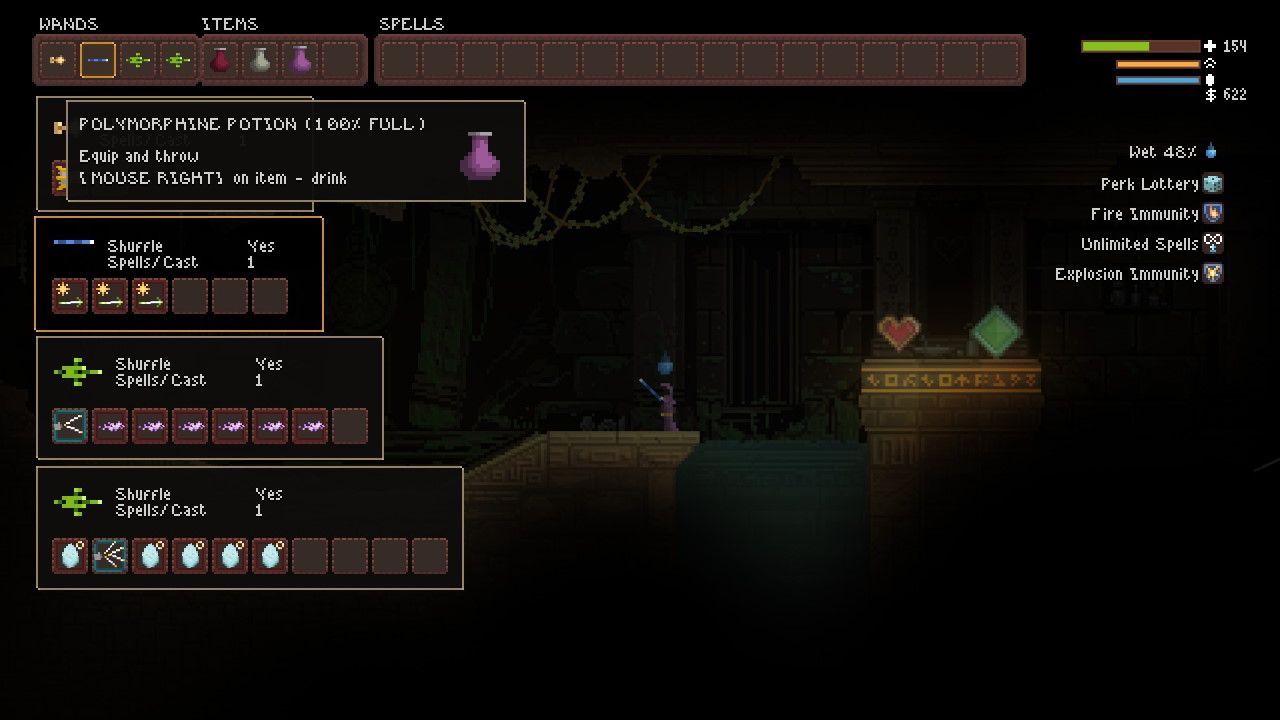 Noita is the sort of game that is built on systems. Sure, that could basically describe any game, but most will hide the systems behind user friendly interfaces and tutorials. Noita prefers to let you figure it out yourself, and it’s a better game for it in many ways. But some of the simpler stuff goes a little too under the radar, such as drinking. An important mechanic for certain perks or just playing through the game normally, players need to know how this works. To help, here’s how to drink and how to fill flasks in Noita.

Drinking in Noita is actually pretty easy. Like most of its mechanics it seems simple on the surface but becomes much more complex as you understand the implications of how the system fits into the game world. To do it all you need to do is stand in the liquid you wish to drink and press down (S by default). Your character will bend down and drink up any liquid nearby, so make sure it’s only what you actually want to drink and that some other pixels didn’t get mixed in there.

How to Fill Flasks

Why would you want to drink in Noita? For one you need to stay hydrated, but also because of different effects certain liquids can have. For one, if you have the Vampirism perk then drinking blood will heal you. There are other things you’ll want to drink though, such as potions. If you have these in a flask then you can open your inventory, hover on them and right click to drink right away. Otherwise you can equip the flask and left click to spray it around. Form a puddle, stand in it, and press down to drink. Also, if you have an empty flask and want to fill it with a fluid just stand in that fluid with it equipped and hold down until it is full.

So that’s how to drink in Noita, as well as a quick explanation for how to fill a flask.