Outriders: How to Change Mods

Swap out mods to hone in on the perfect build. 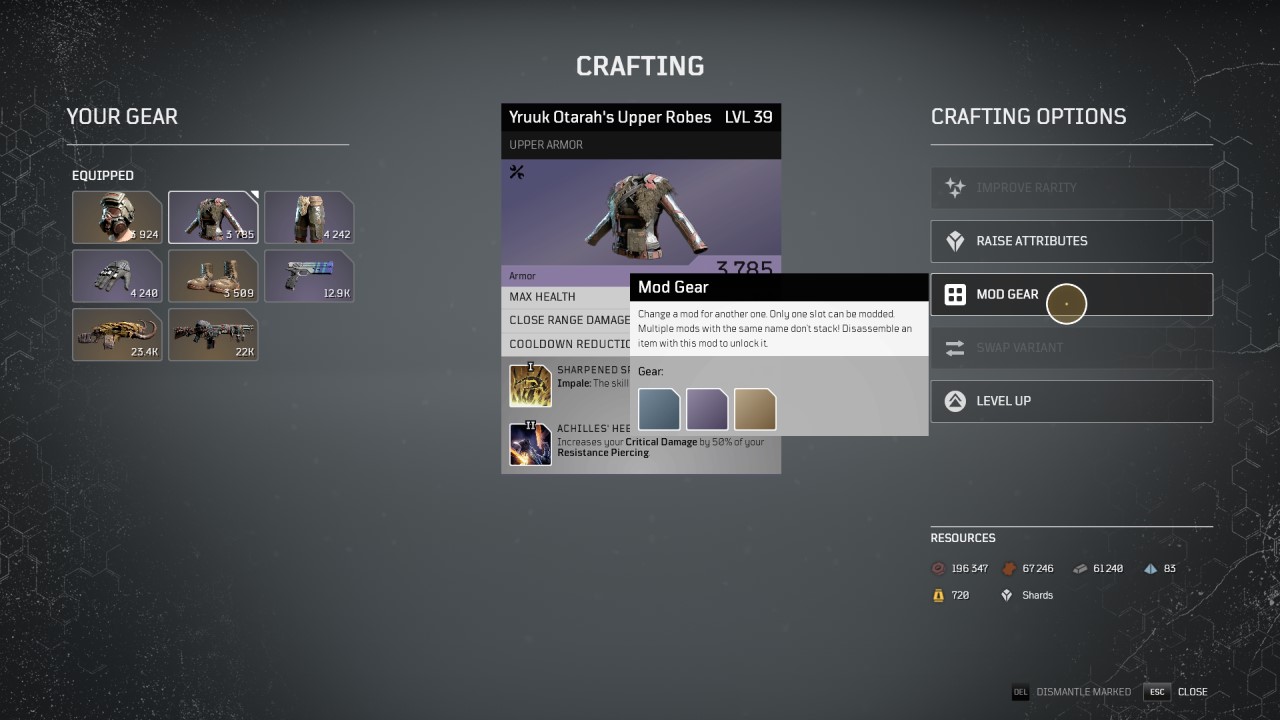 In Outriders you can change the mods in your gear around, assuming you’ve already added some to your mod library. The process of changing mods isn’t cosmic, but there are a couple of limitations in place to ensure you’re always chasing that perfect loot drop. The best part: you can unlock the ability to swap mods around early in the campaign.

Change mods in Outriders by speaking with Dr. Zahedi at camp to access the crafting menu.

Shortly after you rescue Dr. Zahedi and reach the third zone, Eagle Peaks, the good doctor will grant you access to the crafting menu in Outriders. It is from this interface that you can change the mods in your gear around, though there are limitations.

First, you need to actually learn a mod before you can slap it into other items. To learn mods you need to dismantle the items you found them in. I go into more granular detail in our guide here, but you will need to breakdown items to add mods to your mod library.

Once you know a mod you can select the item you wish to adjust in the crafting menu, and then select “Mod Gear”. From here you’ll bring up your mod library – any unlearned mods will be locked, and the number of learned mods will be listed by each tier at the top. Select the mod you wish to equip, and press the button associated with the slot you want to place it in if you are altering an Epic or Legendary item. 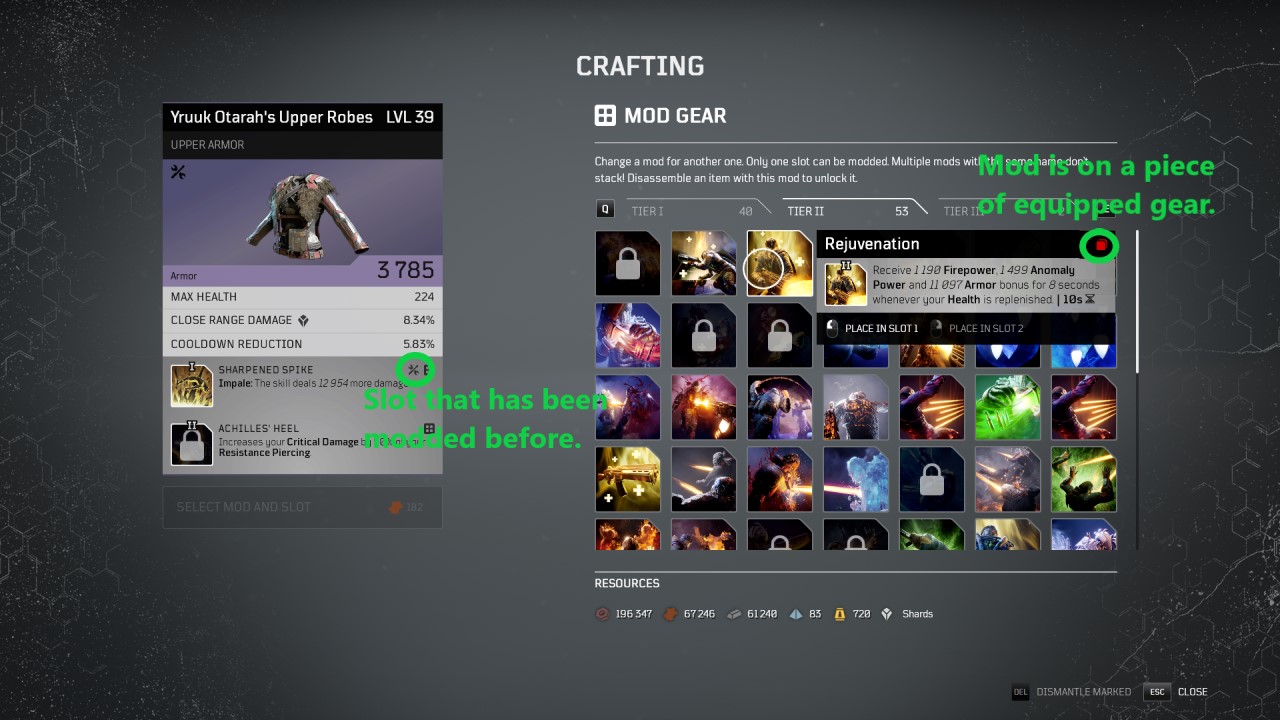 You can only change one mod slot per item, which isn’t a big deal with Rares since those only have one mod slot. Epics and Legendaries have two slot though, so whichever slot you don’t select will become locked to all future mod changes. You can change the mod slot you’ve altered as many times as you want, however, just not the locked one. You can tell which mod slot can be changed by the tools icon next to it. Also, mods with the same name don’t stack.

There is a resource cost associated with changing mods in Outriders, but it’s not terrible. Armor will require leather, and weapons will need iron. Even at endgame each mod swap only requires a couple hundred of either resource, and breaking down armor and weapons will give you plenty of both. You can also kill monsters for leather, and mine iron veins while out in the world if you need more.