Paper Mario: The Origami King – How To Reduce Damage Taken In Battle

It's all about timing. 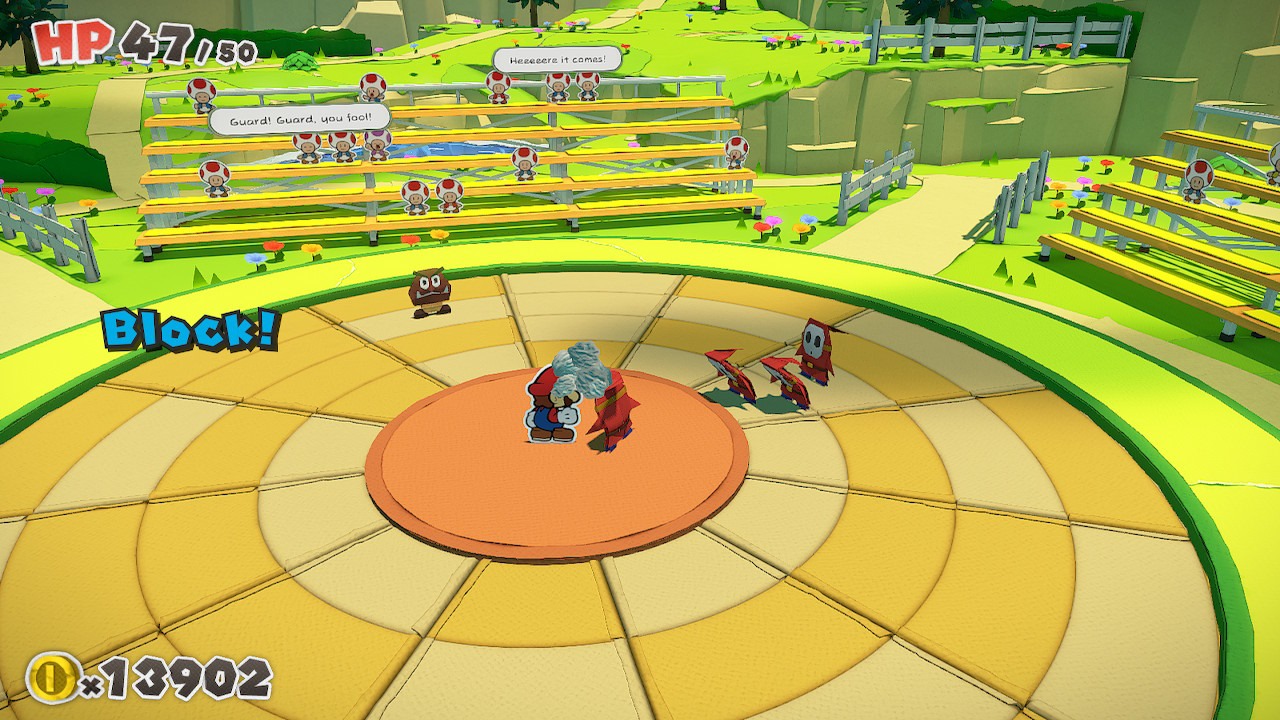 Paper Mario: The Origami King introduces a brand new combat system where the goal it to line up enemies in the right spots around you so that you can attack them in a group. There are also a number of classic staples that are weaved into the gameplay as well, such as being able to deal extra damage to enemies in battle. While the ultimate goal is to avoid getting hit at all, there is no doubt you’re going to get hit eventually when you don’t line up the enemies in time. As a result, knowing how to reduce the amount of damage that you take from their attacks is very important and this guide will explain how you can do this.

How To Reduce Damage Taken In Battle

The goal in Paper Mario: The Origami King is to try and take our your enemies before they even get to attack. However, they will most certainly get to attack at some point, which is when you are going to need to try and protect your health.

Paper Mario: The Origami King uses HP for your health, which you really need to protect as much as you can. Every little bit helps, so having a way to prevent some damage is important.

To do this, you obviously have to wait until the enemy is in their attack phase. Then wait for the enemy to actually start their attack and what you want to do is press A just as they are about to hit you. If you time this correctly, the word “Block” should appear on the screen and you will reduce the amount of damage taken from that single attack. For when you are getting attacked by multiple enemies in one phase, just keep pressing A for every attack they make to have the same thing happen as well.