Pokémon GO December Community Day Ticket – Is It Worth It?

Should you buy the December Community Day ticket? 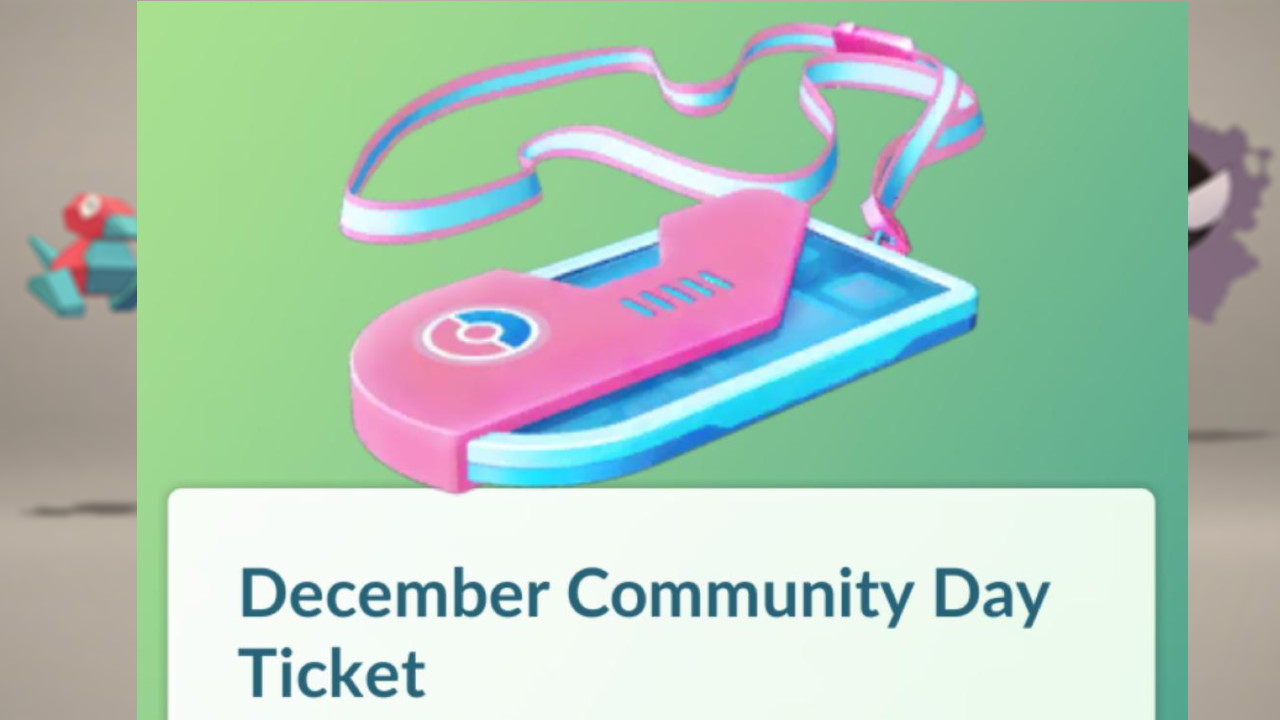 Another big Pokémon GO Community Day is just around the corner, but there’s a lot to do before then. One of the biggest questions surrounds the recent release of the Special Research ticket, which just went like in the shop. What will this ticket offer players and should they buy it? Well if previous Community Days are anything to go by we should have the answer. Of course, the December CD is unlike the rest and this is the first ticket offered. But we’ll break it all down. So, when it comes to the Pokémon GO December Community Day Ticket, is it worth it?

Is the December Community Day Ticket Worth it?

Coming in at just $0.99 the Pokémon GO December Community Day ticket isn’t the most costly item you can buy in the game. However, for those who like to stick to as free a play as possible each month brings this question of whether the Special Research offered is worth the price and the effort to complete it. This is the very first of these types of tickets for a December CD, which combine all the featured Pokémon from the year’s events, so we can’t say for sure until the Special Research goes live (see below). However, we can speculate and have good evidence to go on.

UPDATE: The full tasks and rewards can be found right here. A few items make it more worth it than others, such as an Elite Fast TM and Elite Charged TM. If you play competitively then this ticket is definitely worth buying.

Original text continues: Previous Community Day tickets have easily more than paid for themselves, if you actually take part in the event and complete the research. While it’s not timed, many of the tasks do require you to catch a large number of the featured Pokémon, so if you aren’t playing either Saturday, December 12th or Sunday the 13th during the hours of the event, which are from 11am to 5pm each day, then it’ll certainly be a bit of a waste. Still, the rewards are typically enough and with so many featured characters you should get a wide swath of them and have plenty of chances to complete the research.

And the big kicker is that this is a two day event, maximizing the time you can focus on completing it while the event is active. What would the rewards be? Past tickets have offered Incense, Poffin, tons of Stardust and XP, and a lot more. Also you get encounters with the featured Pokémon, which in this case could be a large group. Weedle, Abra, Gastly, Rhyhorn, Seedot, and Piplup will be featured on Saturday with Charmander, Electabuzz, Magmar, Magikarp, and Porygon taking over on Sunday. If you need extra chances for shinies or want bonus candy then the ticket is definitely for you.

So, is he Pokémon GO December Community Day ticket worth it? It is probably the best value ticket of the whole year, though we’re guessing at that for now. If you have the dollar to spare then it’s likely very worth it to pick it up, if you’ll be playing during the event for at least a couple of hours. Players who want extra shiny Pokémon encounters, or more candy, or high IV characters will almost certainly get a lot out of it but be sure to check back when we know the exact tasks and full rewards.

Home / Game Guides / Pokémon GO December Community Day Ticket – Is It Worth It?