Take full advantage of everything Go Fest has to offer. 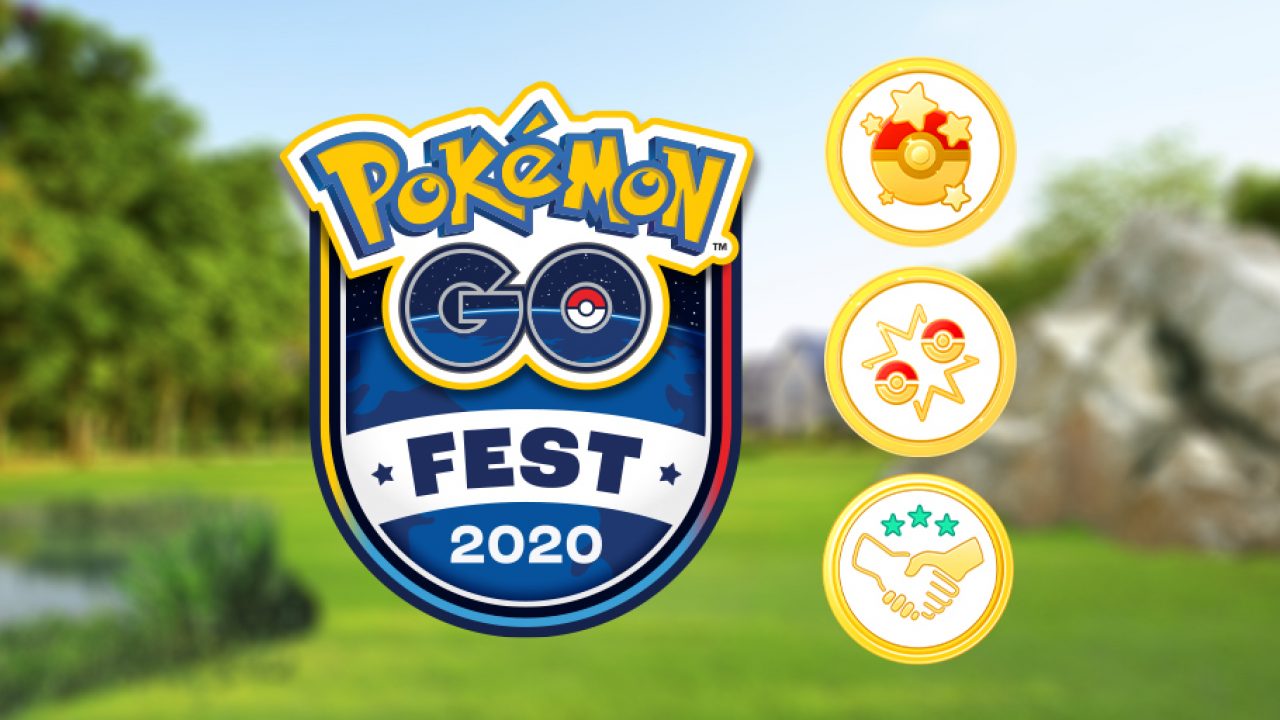 Pokemon GO originally launched back in 2016 and was built around getting people out of the house and moving around. Things have greatly changed in 2020 due to extenuating circumstances, but Niantic was quick to react to help people still be able to play Pokemon GO from home. This has actually make the game much more accessible and fun to play for many people, which has also carried over to the first ever at home Pokemon GO Fest. As a result, this is the first time most people have participated in a GO Fest, so we have come up with some tips to help you with your Go Fest experience across the next two days.

Our first tip was going to be to tell you to stock up on supplies for Go Fest, but thankfully Niantic is helping players out by providing some items that will be a big help for free. One of the biggest items you should have for Go Fest are Incense, which keep Pokemon appearing one after another for you. You can always buy these, but there is a Special Research reward that will give you 10 of these just for taking a single Snapshot with your buddy. Just make sure you do this when playing with your buddy to get the 10 free Incense. The other very important item you will need are Poke Balls to catch your Pokemon with, which you can also purchase if need be. However, there is a Research Task that will reward you with 200 Great Balls just for using a single Incense. This can only be done once, but it should certainly help out for sure. In fact, you probably will want to wait to use this one when your bag is lower after you’ve used up a lot of your other Poke Balls. Otherwise, gifts can be a good way to add to your Poke Ball count as well.

Pokemon GO introduced the idea of remote raids a few months ago, where you could use a Remote Raid Pass to raid at a gym that is in your nearby area rather than having to be standing right at it. This was made even better in the last couple weeks when the ability to invite friends from around the world to raids was added as well, which also requires each person invited to use a Remote Raid Pass. These passes are available in the store for 100 coins a piece or 250 coins for three, but they are also giving you three free ones in a special box you can find in the store for Go Fest. Make sure to grab this one so that you have it ready if you get an invite to a raid throughout the day.

Each hour of Pokemon GO Fest has a theme, including Battle, Friendship, Fire, Water, and Grass. There are two different hours per day for four of these, split into one hours segments, as well as three for one. For each of these hours are Global Challenges that people can complete that will lead to a bonus for the remainder of that hour, which means you may want to wait for those hours to do certain things. This includes 3x Raid XP and Stardust for the Battle Hour, 2x Candy from catches during Fire Hour, 3x Stardust from catches during Water Hour, 3x XP from catches during Grass Hour, and the possibility of Rare Candy in Gifts during the Friendship Hour. For instance, you will probably want to save your Lucky Eggs to use during the Grass Hour, as that will help to maximize the amount of XP you can earn.

Incense is going to be the key to you continually getting Pokemon during Pokemon GO Fest, especially if you’ve playing from home. Incense have been given away in other instances and Niantic is already giving away 10 for the first day as mentioned above, which means you have one for every hour of Pokemon GO Fest Day 1 at least. Having more Pokemons how up is only going to up your chances of finding shinies, so there is absolutely no reason not to have your Incense going all day long, while also mixing in some Lucky Eggs and Star Pieces on top of it depending on the Global Challenge mentioned above.

This is something you’re typically going to want to always be doing anyways just to check and see if by chance a Pokemon might be a shiny. However, Pokemon GO Fest makes it even more important, as the shiny encounter rate has been increased. While you may only be seeing one Pokemon or so at a time if you’re playing at home with an Incense, those playing out at places will be seeing tons of Pokemon at once. As a result, you should at least be checking each and every one to make sure there are no shinies around. You don’t have to worry about catching each of these, as you can just exit out if you want. During this event though, it probably wouldn’t hurt to keep catching Pokemon for the extra XP, Candy, and Stardust depending on the hour.

Play At Least One Of Each Habitat Hour Type

As we mentioned above, Pokemon GO Fest has rotating habitat zones each hour, with five different ones rotating throughout the day. You can read more about the specifics with when they rotate in this guide here. Each one of these hours not only has the different Global Challenges and rewards as discussed prior, but the theme for that hour also brings specific Pokemon. The Fire, Grass, and Water hours are pretty self explanatory, but you also have the Friendship and Battle hours that bring exclusive Pokemon as well. This means you are going to want to play at least one of each of the hours throughout the day to take full advantage of Pokemon GO Fest and see all the Pokemon that will be available during the event.

Use Snapshots To Get Wash Rotom

Pokemon GO Fest offers players a lot of different Pokemon that they can catch across the different hours of the event, but the one brand new Pokemon to Pokemon GO during this event is that of Rotom. More specifically, you can catch Wash Rotom by taking Snapshots of your Pokemon and hoping it appears. We do not know if this will carry over at all following Pokemon GO Fest, so make sure to take advantage of this now and try to get as many as you can. You might want to wait to do it during the 3x Candy hour too, as Rotom Candy will not be easy to come by. Also remember you can get up to five Pokemon per day through Snapshots, so try multiple times.