Take on the legendary electric bird Pokemon with this guide 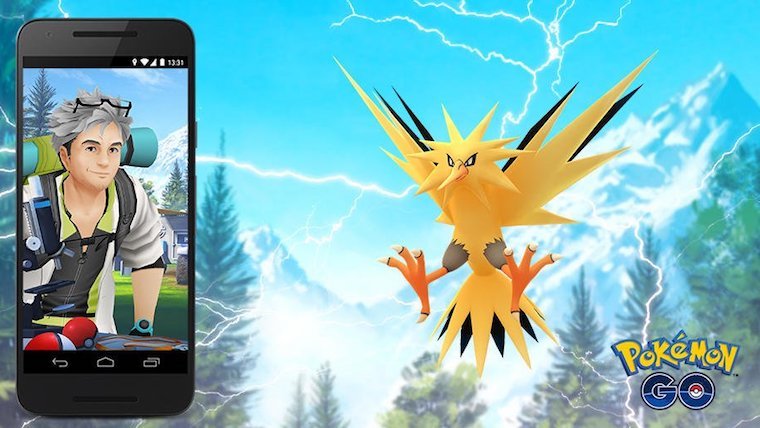 One of the three legendary birds first introduced way back in generation one of Pokemon, Zapdos is a force to be reckoned with. The Electric- and Flying-Type Pokemon is a speed demon along with insane Special Attack stats. With the Zapdos raid in Pokemon Go available during the Pokemon Go Anniversary to tackle from July 7-14, players may struggle to take down the thunderous bird. In this guide, we will show you the best weaknesses and counters for Zapdos.

Taking on the Zapdos raid is no easy feat. Starting on July 7, players will have one week to take down and capture the legendary trio bird. In terms of weaknesses, Zapdos is a Flying- and Electric-Type Pokemon, which means it has a few weaknesses to exploit. The dual Typing allows for Zapdos to be especially hurt by Rock and Ice-Type moves. In other words, Rock-Type and Ice-Type moves are super effective against Zapdos.

There are a good range of counters to take on the Zapdos raid, but which are the best?

Counters for the Zapdos Raid

The best Mega Pokemon to take the Zapdos raid on with is Mega Abomasnow. Its Ice-Typing is perfect against this Flying-Type legendary Pokemon. With moves like Powder Snow and Blizzard, Mega Abomnasnow is the perfect choice to take on the legendary Zapdos raid.

As for regular Pokemon to take Zapdos on with, we would have to choose Rock-Type Pokemon like Rhyperior, Rampardos, Tyranitar and Terrakion. These heavy-hitters are also defensive tanks that have high Defense stats but low Speed stats.

Here are all the Pokemon that are perfect to take on the Zapdos raid in Pokemon Go:

And those were the best weaknesses and counters for the Zapdos raid in Pokemon Go.

Pokemon Go is available on all mobile devices.