The place to find the Bonsai pokemon. 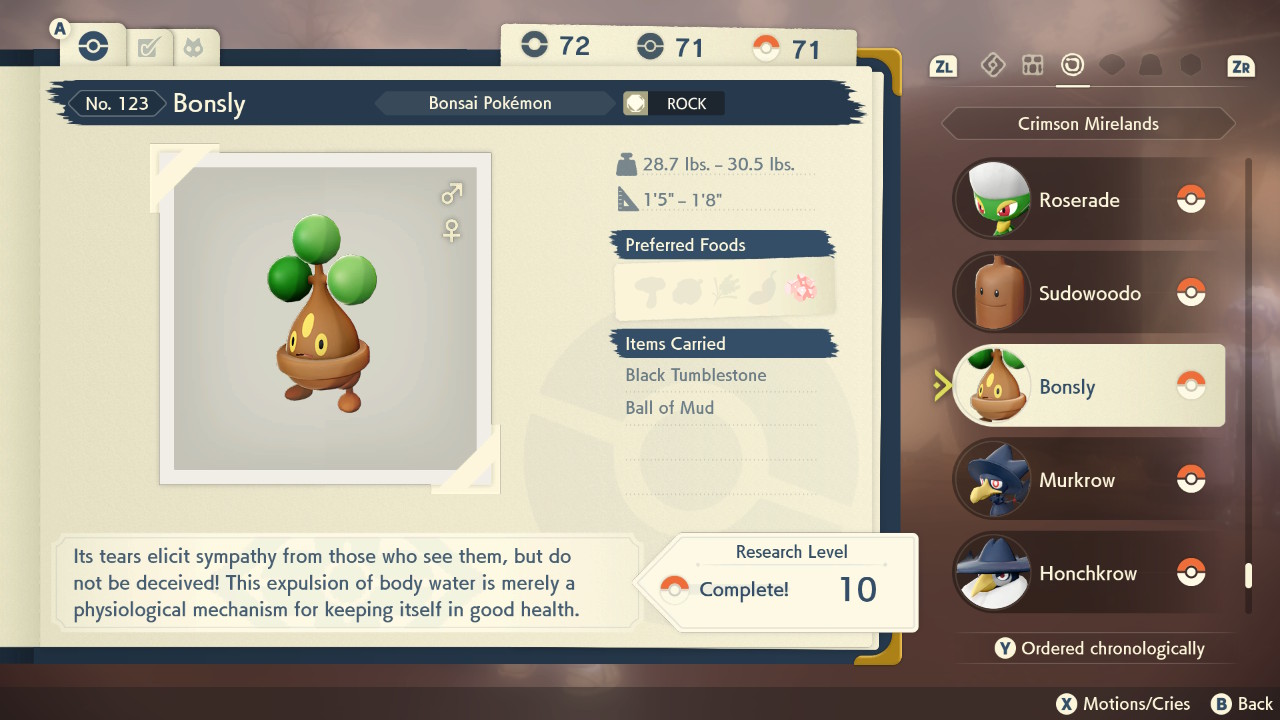 The baby pokemon that is Bonsly can be a rare sight in Pokemon Legends Arceus. The most recent title made by Gamefreak, belonging to the well-renowned franchise that is Pokemon has changed up the game formula considerably. With the notable absence of pokemon breeding, catching or trading for certain pokemon become the remaining options that can be considered for players. And in the instance of baby pokemon who are minuscule making them difficult to spot, the act of discovering and catching them can prove to be a difficult endeavor. This guide will illustrate what players need to know to catch Bonsly and add it to their Pokedex collection.

Where can Bonsly be discovered in-game?

In Legends Arceus Bonsly is a pokemon that can be found at Cloudpool Ridge in Crimson Mirelands, and Celestica Ruins in the Coronet Highlands. Cloudpool Ridge being the first place that is made available to the player out of the two makes it easier to cover in-depth for this guide. The player will firstly want to fast travel to the Diamond Clan settlement and maneuver to the west of said outpost. This will place the player just a bit south of Cloudpool Ridge, across the rocky terrain of Diamond Heath. In the woods, players will likely stumble upon Paras and Parasects, alongside the target of this guide, Bonsly. 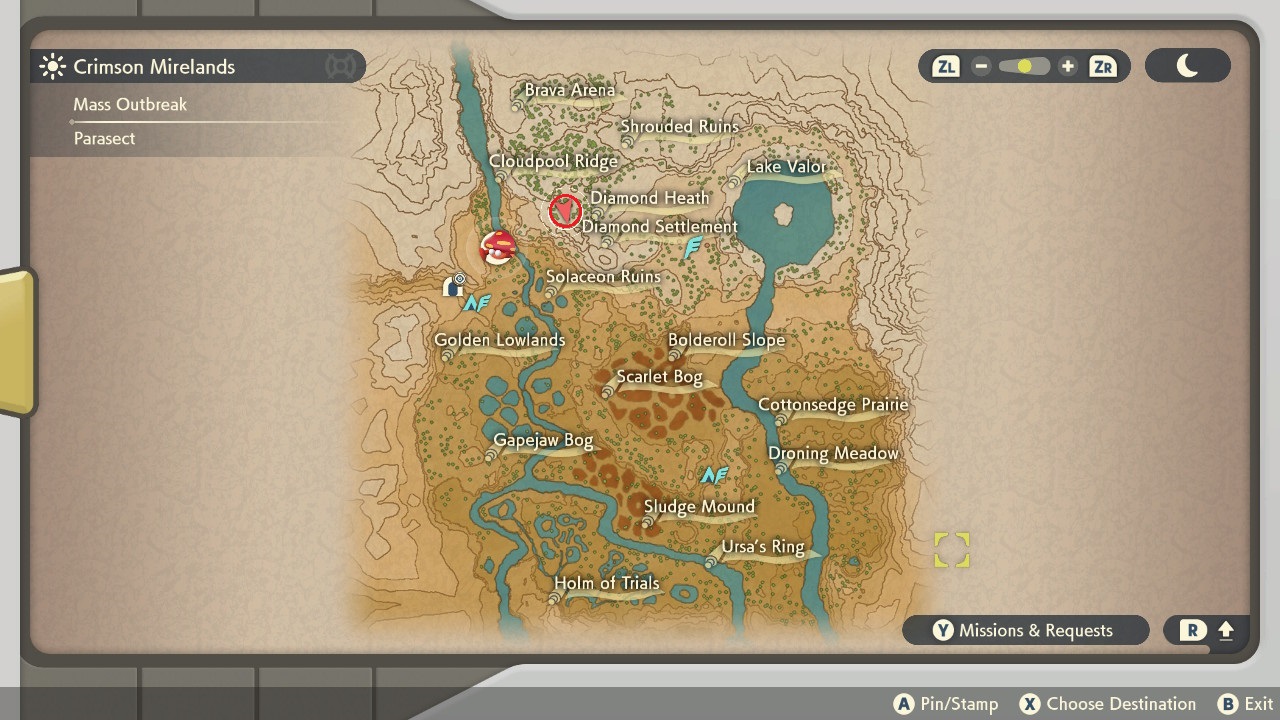 In instances where a Bonsly is absent from the premises, however, players will need to travel back to Jubilife village and revisit the location to reset the Pokemon spawns for Crimson Mirelands. Which will allow players to try to make Bonsly appear once again. It is necessary to note that Bonsly spawns are seemingly not restricted to a certain cycle of the day, so players are also free to change the in-game time to see if that has changed the spawns. If all of the above is considered with due diligence, then a Bonsly should appear for the player sooner or later. Save a good distance away from the animated bonsai, just to be safe. 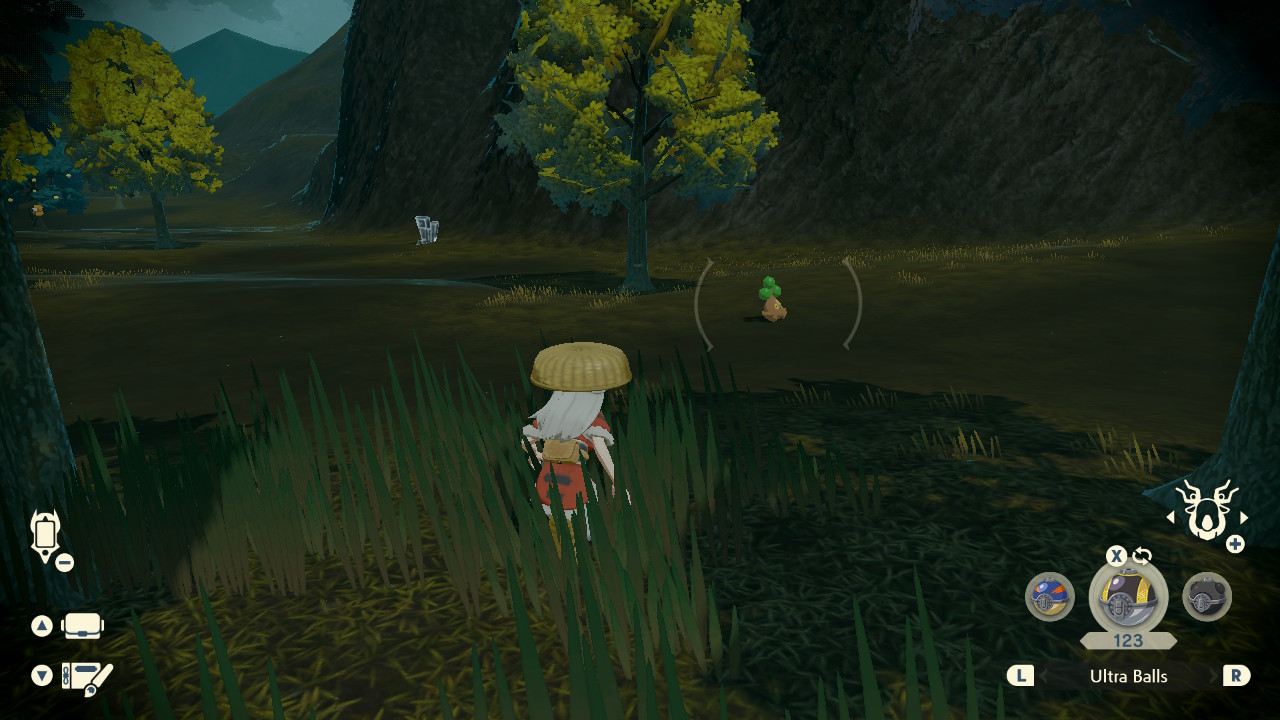 Bonsly isn’t a Pokemon with an aggressive disposition. Running at it to initiate combat wouldn’t be the best course of action, lest the pokemon simply bolts and disappears. Distracting it using food or using nearby tall grass to get close enough for an easy catch are all viable methods to consider. If players prove to be successful in their venture, then the captured Bonsly will prove beneficial for research and Pokedex purposes. If the encounter leads to a failed attempt where the Bonsly escaped, however, simply reload the save that was made before the capture attempt, and try again.

Pokemon Legends: Arceus is available now on the Nintendo Switch.

Attack of the Fanboy / GAME GUIDES / Pokemon Legends Arceus: Where to Catch Bonsly