Powering up the Electro Archon. Though the location for the materials required to strengthen Raiden Shogun is perhaps not unfamiliar to those who have pulled for the Inazuma character during her initial release in Genshin Impact, with her upcoming rerun, there are bound to be new players with their eyes set on Baal’s combat proficiency or her capacity at supplying teammates with energy as an Electro battery. In that sense, this makes it necessary to revisit the locales and items that are needed for her ascension stages and talent levels. This guide will attempt to illustrate the processes associated with finding such materials, and how to obtain them.

Where to Find Raiden Shogun Materials

To put it succinctly, everything that Baal requires can be found on the Seirai Island in Inazuma to some extent, including the boss materials dropped by the world boss situated in the area, Thunder Manifestation, and the specialties and enemies that dot the barren landscape. This will perhaps relieve the minds of Genshin Impact players who have gone on treks to various locales to scavenge all of the necessities required for their character of choice in the past. As in Raiden Shogun’s case, players are given the affordances to dedicate their attention to a singular location.

Thunder Manifestation is an Electro boss that is stationed amongst the clouds of Seirai Islands, with its presence unveiled via accessing a dome-like energy field, located in the center of a giant floating platform. It has its own associative chain of world quests that needs to be beaten before access is granted to players who are intent on farming its materials. Being an Electro boss, the boss similarly drops Electro fragments and chunks, which Baal requires.

This leaves the matter of specialty and materials dropped by common enemies. Amakumo Fruits which are required for Raiden’s ascension stages can be discovered in bulk on the isles of Seirai, with numbers reaching almost the hundreds. Considering the respawn rates of specialties being limited to two or three days in real-time, players will need to exercise patience in the instance where they are interested in ascending Raiden to her maximum capacity. The alternative option is to visit the world of an associate or a friend for extra copies of the specialty if they’ve been left unplucked. 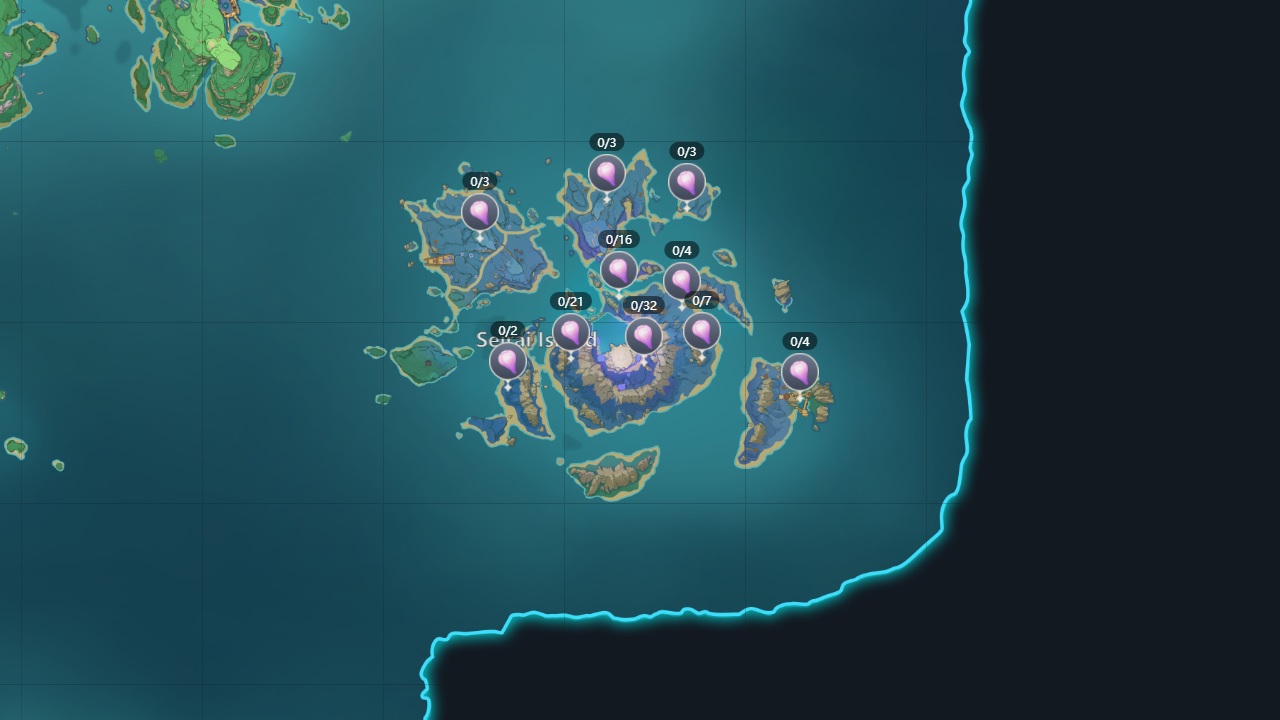 Enemy drops on the other hand will prove to be a bit more tricky. Players need to get a hold of quite a substantial amount of handguards that are solely dropped by Nobushis, wandering samurai that roam the land of Inazuma. It is advisable to use the official interactive map for such endeavors. Despite the plentiful number of Nobushis, there’s no guarantee that they’ll drop their materials upon defeat, which means that players will most likely have to visit the entirety of Inazuma to gather a sufficient amount of handguards needed for both Raiden’s ascension and talent levels.

In regards to the materials required for her Talents, the “Light” series of books (teachings, guide, philosophies) can be found in the realms of Inazuma, with its corresponding domain, likewise, the requisite weekly boss material also belongs to a boss whose domain resides in the region as well. Players will want to beat Signora and hope to obtain the Molten Moment, a crimson flower that Raiden needs during the later stages of her talent levels.