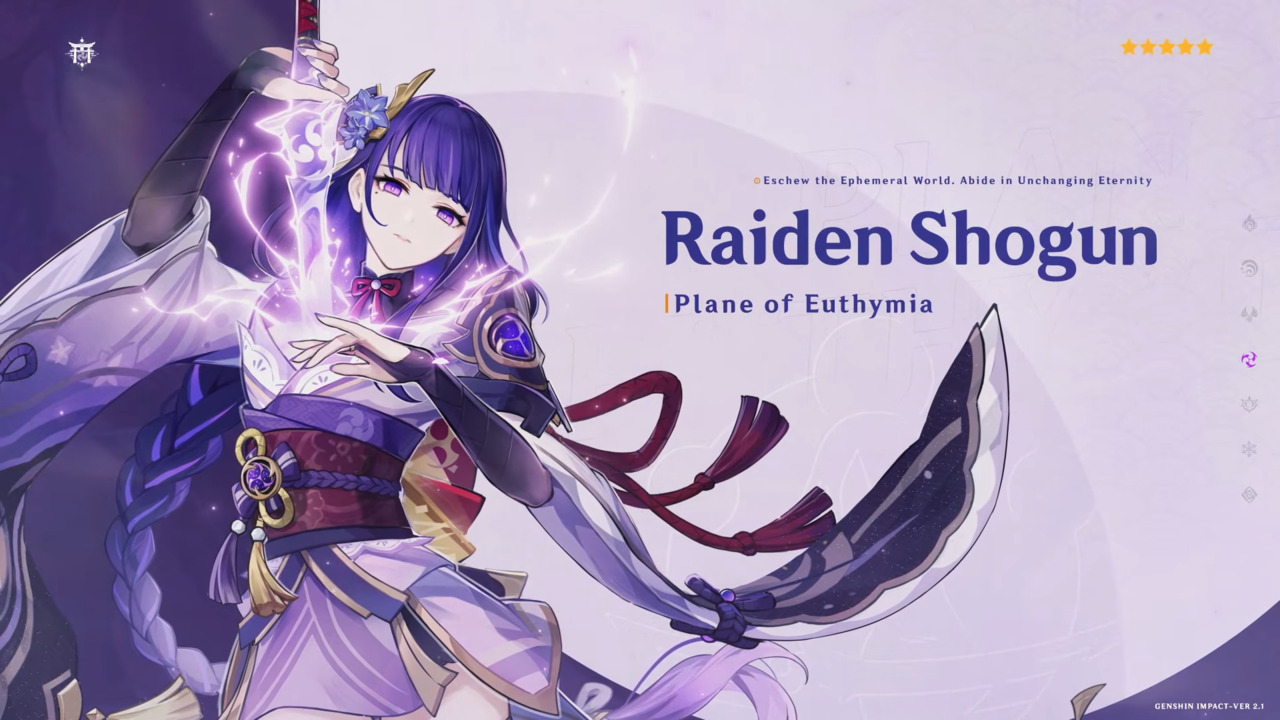 Genshin Impact‘s version 2.1 “Floating World Under the Moonlight” is finally here. Baal is one of the newest characters added to the game in the 2.1 update alongside Sangonomiya Kokomi and Aloy from Horizon Zero Dawn. To get you ready for the arrival of the Raiden Shogun, we will show you a Baal build sure to show all the true might of the Electro Archon.

Is Baal a Support or a DPS?

Baal is a sub DPS, specialized in dealing massive damage with her Elemental Burst, Secret Art: Musou Shinsetsu, which allows her to wield her Tachi for 7 seconds after a swift strike. In this mode, all of her normal, charged, and plunge attacks are converted to deal Electro Burst damage. With that said, the following build will focus on not only making use of her set to the fullest but also increasing the availability of their Elemental Burst. 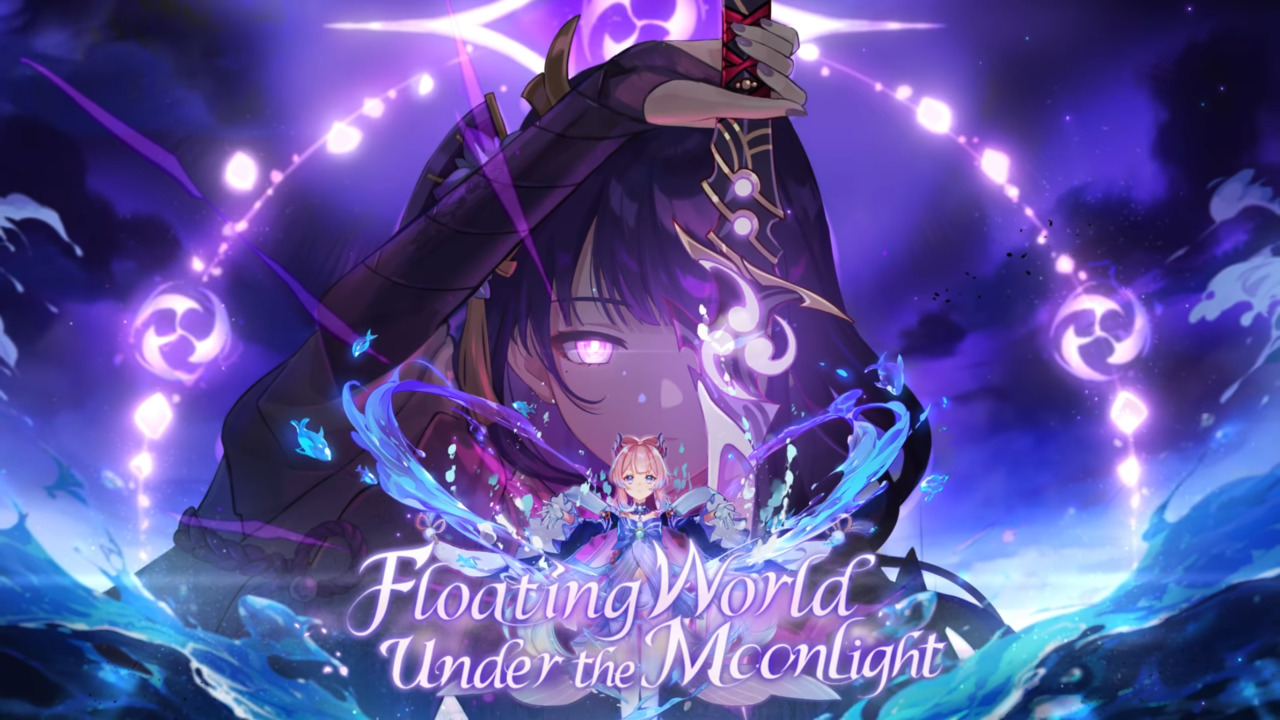 When choosing the main stats for the artifacts, taking into account our own experience with the game plus the many studies made by the game’s community, we recommend that you go for Energy Recharge on your Sands of Eon and ATK% on your Goblet of Eonothem. The main reason being that, even if having ATK + Elemental Damage many perform better, we need to guarantee that Baal will be able to use her Burst often while also increasing her overall damage when in her Burst Mode. 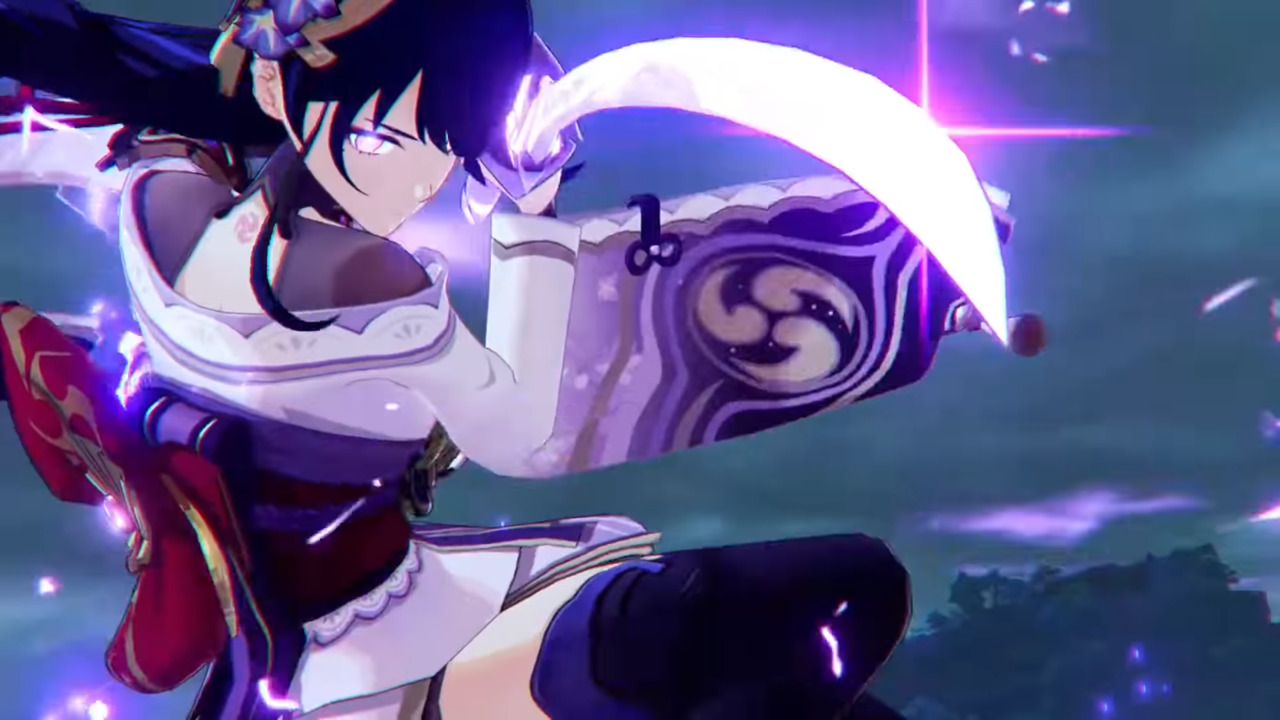 According to studies made on the r/RaidenMains Subreddit, having ATK as the main stat of both the artifacts talked above actually allows her to deal more damage, but taking into consideration the loss in Energy Recharge and the fact that many players won’t be able to pull for her signature weapon, we decided to focus on a build sure to work extremely well with both 5-star and 4-star weapons alike.

It’s vital that you try to reach at least 55% Crit Rate and 120% Crit Damage on artifacts alone. You can get the Emblem of Severed Fate artifact set by completing the Momiji-Dyed Court Domain. You can check out our guide on how to clear the domain here.

Among all the weapons in the game, our top pick would be her featured weapon, the Engulfing Lightning Polearm, since it not only boosts her ATK based on her Energy Recharge but also increases the latter by 30% after unleashing her Elemental Burst. If you plan on using this weapon, we recommend that you go with an ATK + ATK/ATK + Electro artifact composition.

Our second pick is the Skyward Spine, available as one of the 5-star weapons present in the game’s normal banner, since it not only increases her Energy Recharge thanks to its sub-stat, but also increases her Crit Rate and ATK speed. Between all the 4-star weapons in the game, our top pick would be the upcoming The Catch, since it will offer not only an increase in Energy Recharge but also a huge boost in both the CRIT Rate and overall damage of her Elemental Burst. This makes it a perfect fit for Baal since all attacks are considered Burst Damage in her Burst Mode.

Since the Raiden Shogun is a character-focused on dealing high elemental damage when on her Burst Mode, you need to prioritize both her Normal/Charged attacks and her Elemental Burst.

Taking into account that Baal is a character-focused on dealing massive damage at fixed intervals, choosing teammates capable of allowing her to generate enough energy to unleash her Burst as soon as possible is key. For that, we recommend the use of Fischl, who can deal constant Electro Damage. 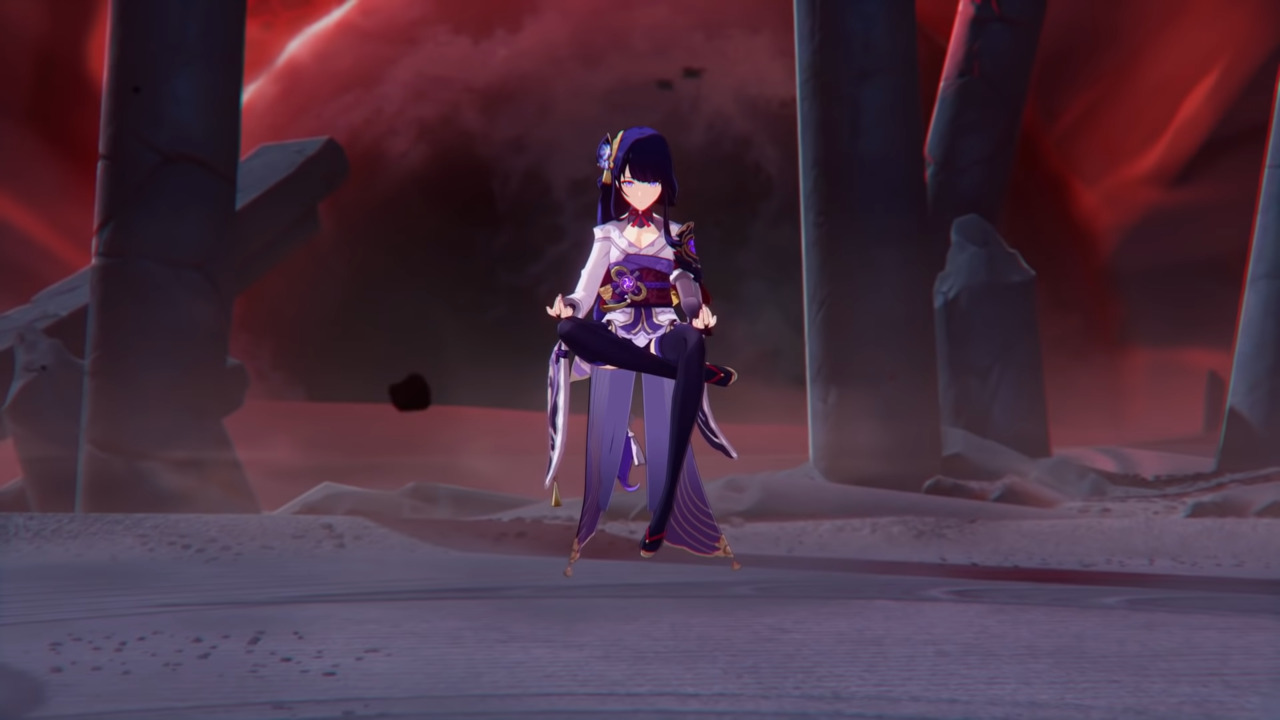 Using Bennett as the team’s healer is also advised since he can generate a lot of energy fast, as well as boost both the DPS and the sub-DPS’ overall damage with his Elemental Burst. The fact that both characters can also use their Bursts often works like a charm with Baal’s Chakra Desiderata ability.

If you want, you can also put an Anemo Support such as Kazuha or Sucrose in the team to boost the Electro Shogun’s damage with Elemental Reactions. Since the team will generate a lot of energy, using Xiao as the main DPS can work really well since you will be able to switch between his and Baal’s elemental Bursts to deal massive damage. Keqing is also a good choice since she will help Baal by generating a lot of energy and is able to use her Elemental Burst often.