This boss is big, but he goes down easily. How to Beat Francois in Ratchet and Clank: Rift Apart

Francois has a pretty standard moveset, but the number of things on screen is what makes this fight difficult. First off, flames will spurt out of jets at random points during the fight. The fire comes out of the rings spread throughout the arena and they’ll flash a few times before igniting, so be sure to avoid them so you don’t take any unnecessary damage. 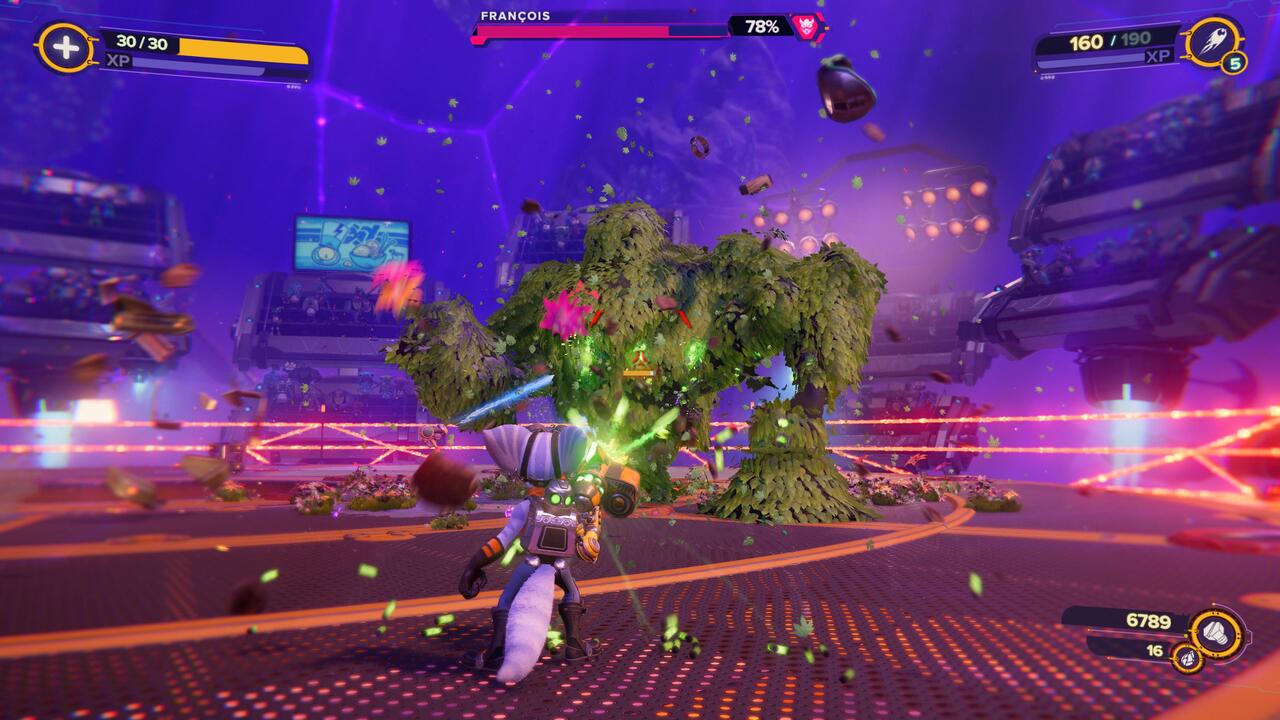 With the environmental hazards out of the way, let’s get into Francois’s attacks. His main attack is a cluster bomb that does quite a bit of damage on first impact, but the real threat are the smaller explosives that come after the initial blast. Try to keep your distance from the landing zones so you don’t get caught in the blast. He’ll constantly fire these, so stay on the move. When he’s not shooting bombs at you, he’ll hop around the arena and deal damage to anything underneath him. Don’t stand under him when he lands (obviously). He’ll also stomp on the ground if you’re too close, so again, keep your distance.

After whittling his health bar down a bit, he’ll begin to summon additional enemies. These small robots will chase you down and hurt you with melee attacks, and you should try to get rid of them when they appear. They come out of purple rifts, so they’re hard to miss. This is the last new mechanic for the fight, so at this point, it’s all about getting Francois’s health down to zero.

If you have the Mr. Fungi weapon, toss some of those out to distract the enemies and give yourself some breathing room. Throwing a Topiary Sprinkler at Francois can immobilize him for a short moment, too. During the fight, your bread and butter is going to be the Blast Pistol. It has decent range and damage, and while you can use The Enforcer if you’re feeling brave, the risk of getting hit is too high. If you have the Negatron Collider, this is a great weapon that can take down ads while also getting some damage in on Francois at the same time due to its piercing abilities. Just use whatever weapon you’re the most comfortable with and stay on top of dodging and jumping. Francois will go down in no time.