Take down an undead Grunthor to finish the bronze Battleplex challenges. 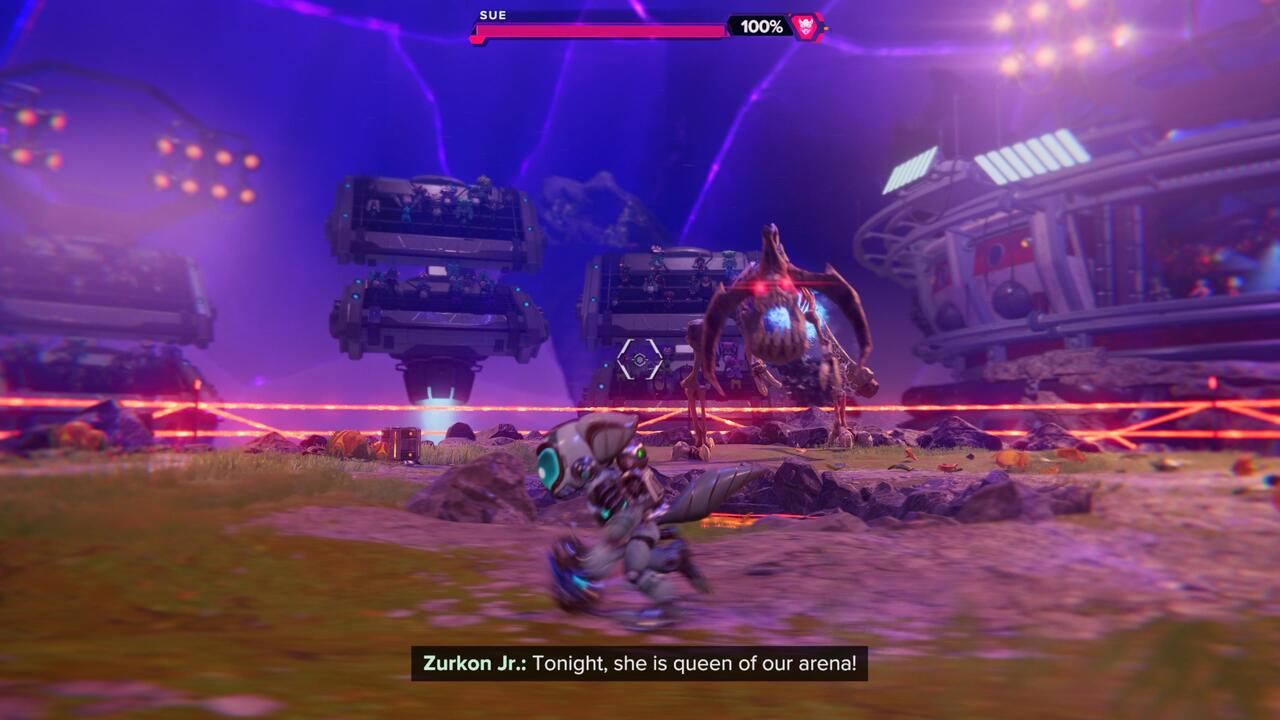 Sue the Undead Grunthor is an optional boss battle in Ratchet and Clank: Rift Apart. This Grunthor is the final Bronze challenge in Zurkie’s Battleplex, and you’ll get a new piece of armor if you manage to defeat her. Outside of the undead twist, Sue is still just a Grunthor, so you should be able to defeat her without much of a hassle. There are a few other tricks during this fight, but it’s nothing you can’t handle. Here’s how to defeat Sue the Undead Grunthor in Ratchet and Clank: Rift Apart.

How to Beat Sue in Ratchet and Clan: Rift Apart

This is basically just a normal Grunthor fight, so it shouldn’t have anything you haven’t seen before on Sargasso. The only things you’ll have to worry about are the additional enemies. About halfway through the fight, the arena will be flooded with skeletal sandsharks. These enemies will simply charge and you and hurt you with melee attacks, so they don’t complicate the encounter too much. Just shoot them before they can get too close to you and keep taking shots at Sue when you have a chance. 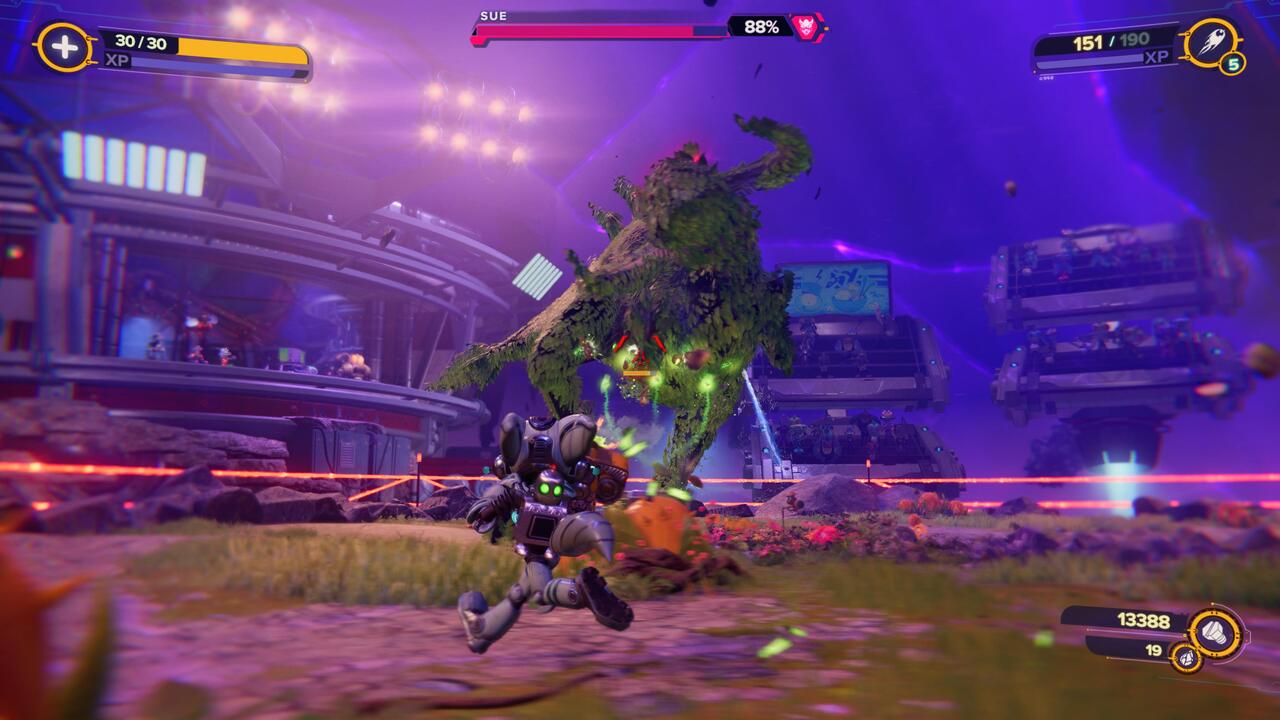 Sue really can’t hurt you if you stay on the move. She’ll charge in a straight line at you every now and then, so wait until she gets ready to charge and use your dash or just sprint out of the way. If you’re far away, she’ll throw a big stone at you, but again, you can easily dodge this if you see it coming. Sue really just has a lot of health, so this is a battle of endurance above all.

Thankfully, you can use most of the strategies that work on Rift Apart’s other bosses here. Toss down a Mr. Fungi to keep the sandsharks off of you and give yourself some allies during the fight. You can also use the Topiary Sprinkler to immobilize Sue and provide an opportunity to score some easy shots. Use long-range weapons like the Blast Pistol or Shatterbomb to deal damage while keeping a safe distance. You can use the Enforcer shotgun if you feel confidant enough to avoid Sue’s attacks as well. Just keep the damage coming and the Grunthor will eventually fall.