Resident Evil 3 – How to Get Extended Magazine for the Handgun 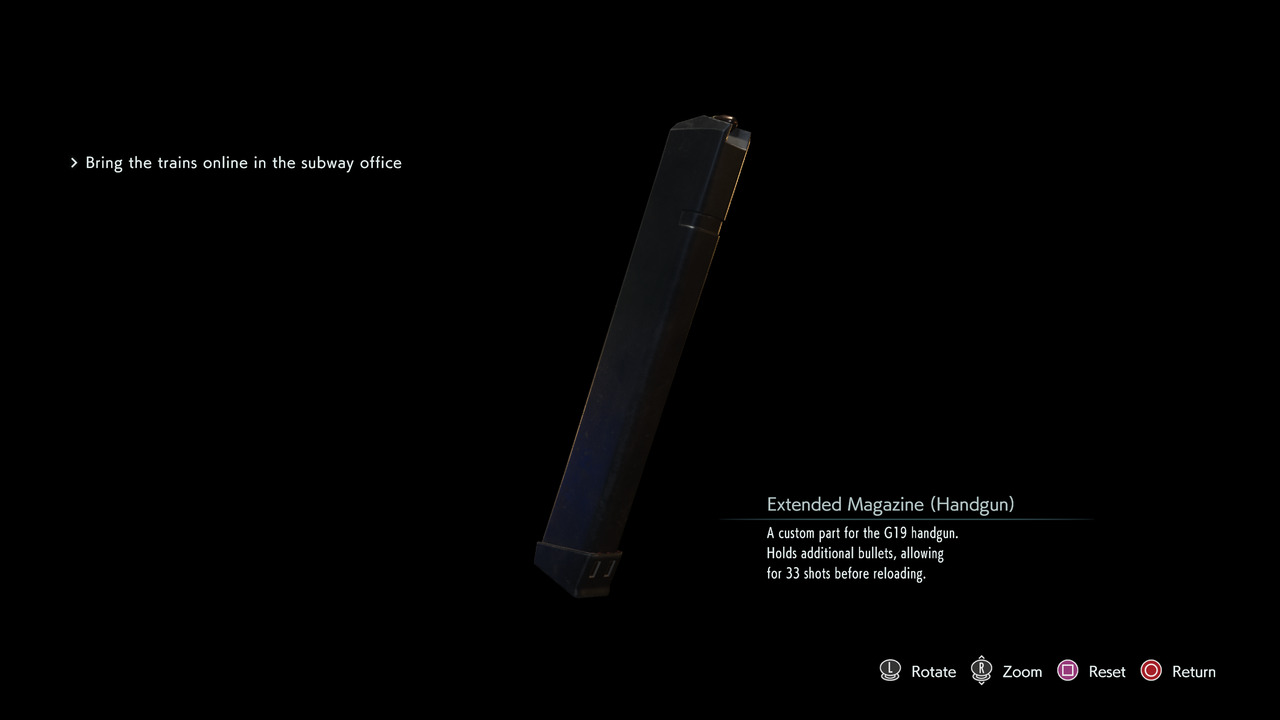 Resident Evil 3’s handgun can only carry so many bullets initially, but the extended magazine attachment can dramatically increase the number of rounds you can use at once. It’s a useful upgrade but you can miss it pretty easily if you don’t know how to get it. Thankfully, it’s not too difficult to get, but it does require you to go toe to toe with Nemesis, so you’ll need to be prepared. It’s also only available for Jill, so Carlos will have to stick with his standard pistol. He has his assault rifle to make up for that, though. This is how to get the Extended Magazine attachment for the handgun in Resident Evil 3.

How to Get the Extended Magazine Attachment in Resident Evil 3

The Extended Magazine for Jill’s G19 handgun can be obtained very early in Resident Evil 3, but it involves a fight with Nemesis in order to acquire it. In Resident Evil 3, you can force Nemesis to relinquish an item by dealing enough damage to him and forcing him to take a knee while he’s pursuing you. This can’t be done during the scripted Nemesis boss fights, but any segment where he’s just chasing you should be fair game. The Extended Magazine should be the first thing to drop when you deal enough damage to Nemesis for the first time. We got it to happen when Nemesis showed up after restoring power to the substation very early in the game. Just open the Supply Crate he drops and you’ll find the attachment inside. You’ll also earn a trophy/achievement the first time this happens.

Getting Nemesis to relinquish an item can be finicky, as he doesn’t always drop something when he goes down. The item he drops can also vary, as we’ve gotten him to drop everything from additional handgun attachments to ammo. Regardless, there are tons of other weapon attachments to earn in Resident Evil 3, and each is acquired in different ways.