How much Riders Republic costs, what's included in the 'Year 1 Pass' and all microtransactions. 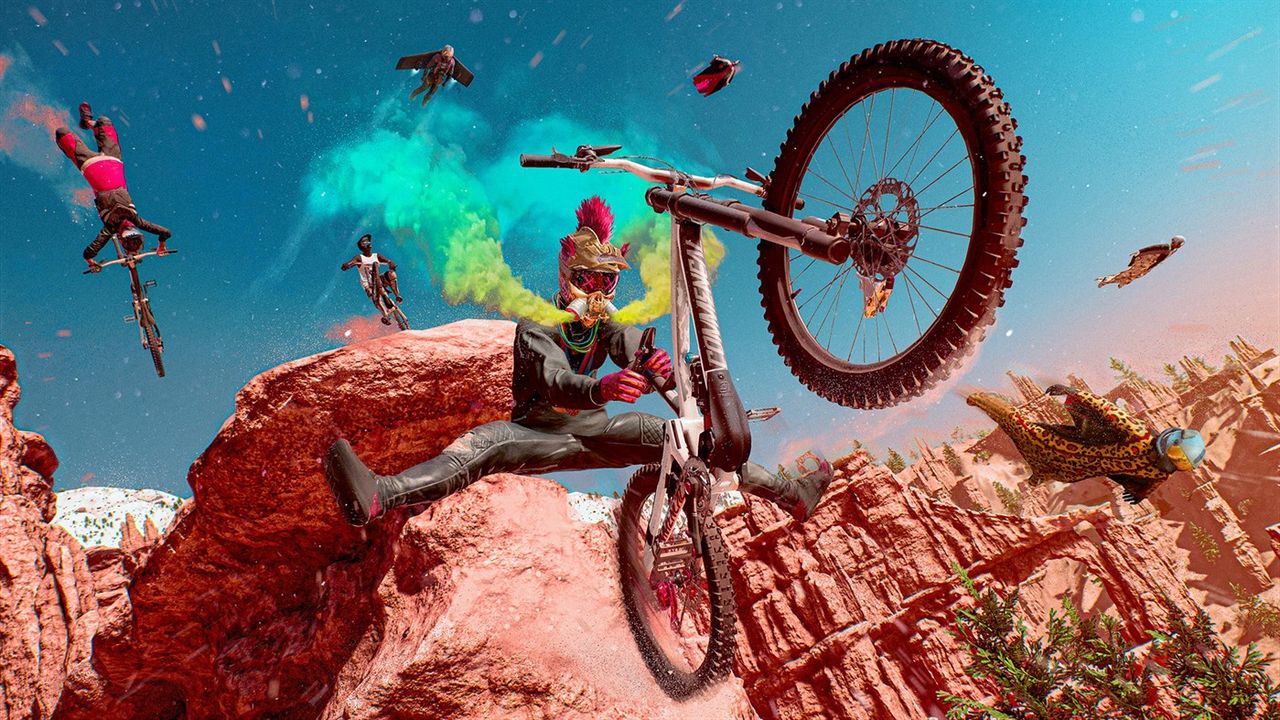 Ubisoft’s Riders Republic has now been officially released for PlayStation 4, PlayStation 5, Xbox One, Xbox Series X/S, PC, Google Stadia and Amazon Luna. But with the game’s heavy focus on the ‘games as a service’ business model, you might be wondering if Riders Republic is free to play, or at least on Microsoft’s Game Pass service.

In this guide, we will cover the pricing of Riders Republic, including its ‘Year Pass’ and microtransactions, as well as its availability on Xbox Game Pass.

Is Riders Republic Free to Play or on Game Pass?

Riders Republic is not free-to-play and is also not available on Game Pass, with no current plans of it being added in the future. The base price of Riders Republic is $59.99 USD, with ‘Gold’ and ‘Ultimate’ editions also being available at $99.99 and $119.99, respectively.

The standard edition of the game allows access to the entire base game and most of the content updates included in each season, however, some content will only be available for ‘Year 1 Pass‘ owners, which are detailed further in this guide.

Cosmetic items can be purchased with ‘Bucks’, an in-game currency that is earnable by playing the game, or ‘Republic Coins’, which are only obtainable via micro-transactions. Some cosmetics are also only available to purchase with Republic Coins, regardless of what edition of the game is purchased.

Year 1 of Riders Republic includes a pre-season and three main seasons and will span October 2021 to around October 2022. Players with the base game will have access to most new content, but some aspects of each season will only be available to ‘Year 1 Pass’ owners, which is included in the Gold and Ultimate editions or purchasable separately for $39.99 USD. There’s no current word on how Year 2 updates will be handled, but it’s very likely that there will also be a ‘Year 2 Pass’, as well.

Riders Republic launches with its pre-season, titled ‘The Grand Opening’. This includes the ‘Mass Race‘ and ‘Trick Battle’ multiplayer modes and weekly challenges with exclusive rewards available for all players.

Year 1 Pass owners will have permanent access to a Rocket Bike and Rocket Skis, which are usually only available temporarily during certain events for non-pass holders.

New multiplayer modes and weekly challenges will be available for all players, as well as the introduction of ‘live events’, which reward exclusive time-sensitive items. Season progression is also available for non-pass holders, along with a ‘time-limited multiplayer experience’. Year 1 Pass holders will have access to an exclusive cosmetic bundle.

The 6 vs 6 ‘Showdown’ mode will be available for all players, along with new multiplayer modes, weekly challenges, live events, time-limited multiplayer experiences and seasonal progression. Year 1 Pass holders will gain permanent access to more Exotic Kits, similar to the Rocket Bike and Rocket Skis in the Pre-Season, with a 7-day early access privilege.

Season 3 adds a new ride, the BMX, which is available to all players, as well as new multiplayer modes, weekly challenges, live events, season progression and time-limited multiplayer experiences.

Year 1 Pass owners will have access to a brand new BMX Career, with new sponsors and events, as well as another exclusive cosmetic bundle. 7-day early access is also available for the BMX Career.

Republic Coins are an in-game currency purchasable with real-world money. They can be used as an alternate currency to purchasing most outfits and emotes, but can sometimes also be the only way to purchase certain items. The pricing is as follows:

Riders Republic is out now for PlayStation 4 and 5, Xbox One and Series S/X, PC, Amazon Luna and Google Stadia. Check out additional coverage of the game by clicking here.