Serious Sam 4: How to Unlock Dual-Wielding

You'll need the extra bullets if you plan to survive Mental's minions. 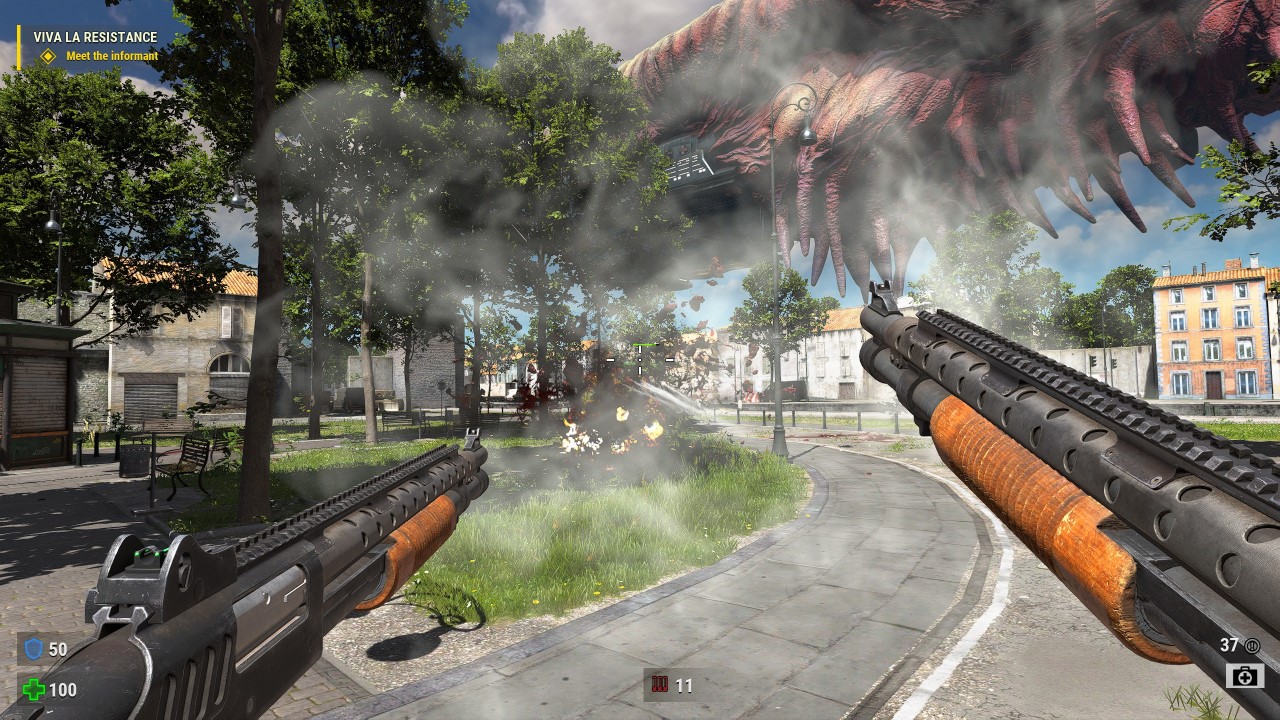 Ah, dual-wielding: nothing quite beats obliterating your enemies with not one, but two shotguns, and Serious Sam 4 will let you do just that. So, how do you unlock dual-wielding and double your firepower in Serious Sam 4?

Dual-wielding in Serious Sam 4 is unlocked via the S.A.M. skill tree.

Sam doesn’t start with the ability to dual-wield in Serious Sam 4, but it’ll only take two skill points to get to the first tier. After picking either one of the first two skills you’ll have access to the first dual-wield perk, which allows Sam to carry two pistols. Not super sexy, but helpful when ammo becomes scarce (since the pistols have unlimited ammo). After that you’ll want to dump skill points into the left-branching patch of the S.A.M. tree.

Next you’ll be able to dual-wield average weapons, like the pump-action shotgun and assault rifle. After that you can double fist the heavier weapons, such as the rocket launcher and grenade launcher: more boom to annihilate Mental’s army in Serious Sam 4. If that isn’t enough for you then you can grab the last unlock which will allow you to mix-and-match weapons, so you can better manage your ammo and minimize weapon swapping during a hectic fight. In total it will cost you five skill points to access every dual-wield skill.

Dual-wielding can be toggled via the Left-Alt key, and you can customize what weapons you want to dual-wield with the final unlock via the weapon wheel (Q). Just remember: twice the firepower means twice the ammo consumption, so if you begin to run low on bullets in Serious Sam 4 you’ll want to either go back to a single weapon, or to pick something new entirely. Also, you can’t use alt-fires or zoom in while dual-wielding, so you’ll need to go back to a single weapon if you would like to do so.