Skyrim Fishing: How to Unlock Fishing in Anniversary Edition

Catch over 20 new fish in the Anniversary Edition. 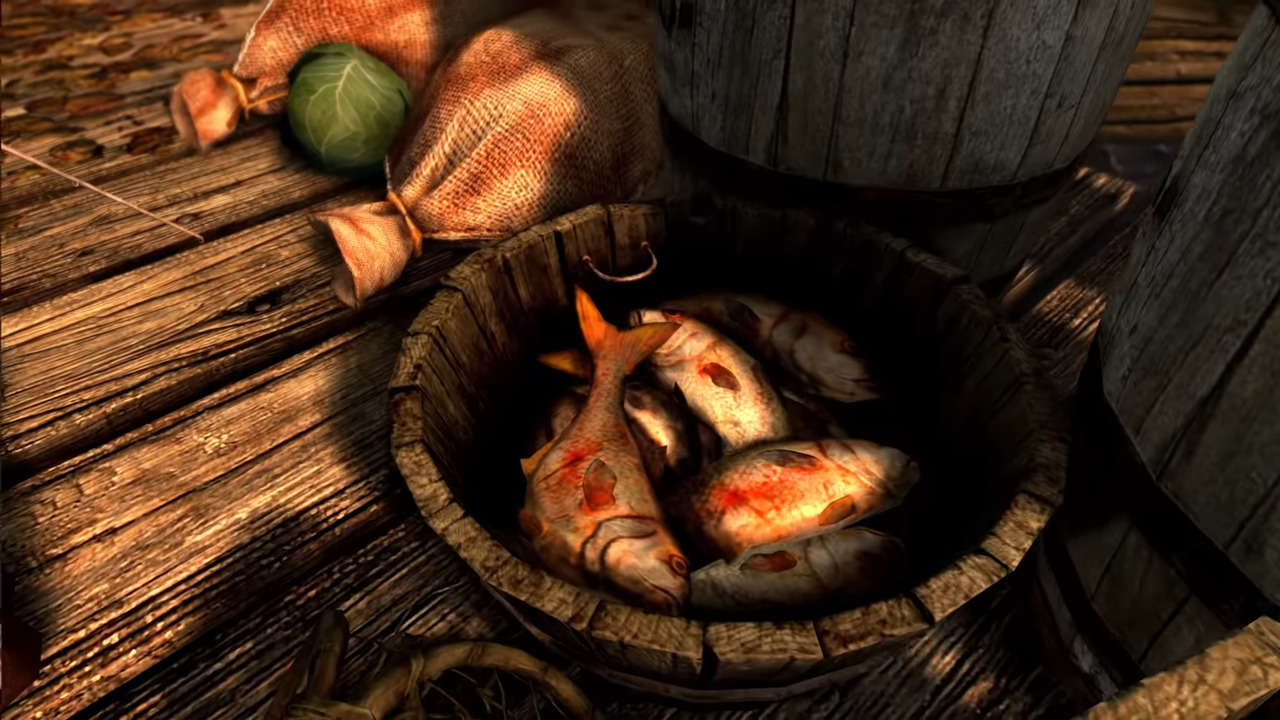 Fishing has come to Skyrim with the release of the Anniversary Edition, and there are new quests and rewards to discover. Fishing is part of a free content update for all Skyrim owners, even those that do not purchase the Anniversary Edition upgrade. Sadly, fishing is not as extensive as it is in other games. You won’t be able to cast your line wherever you want. Still, there are plenty of fish to catch and there’s even a new questline centered around the activity. Here’s how to unlock fishing in Skyrim.

How to Unlock Fishing in Skyrim 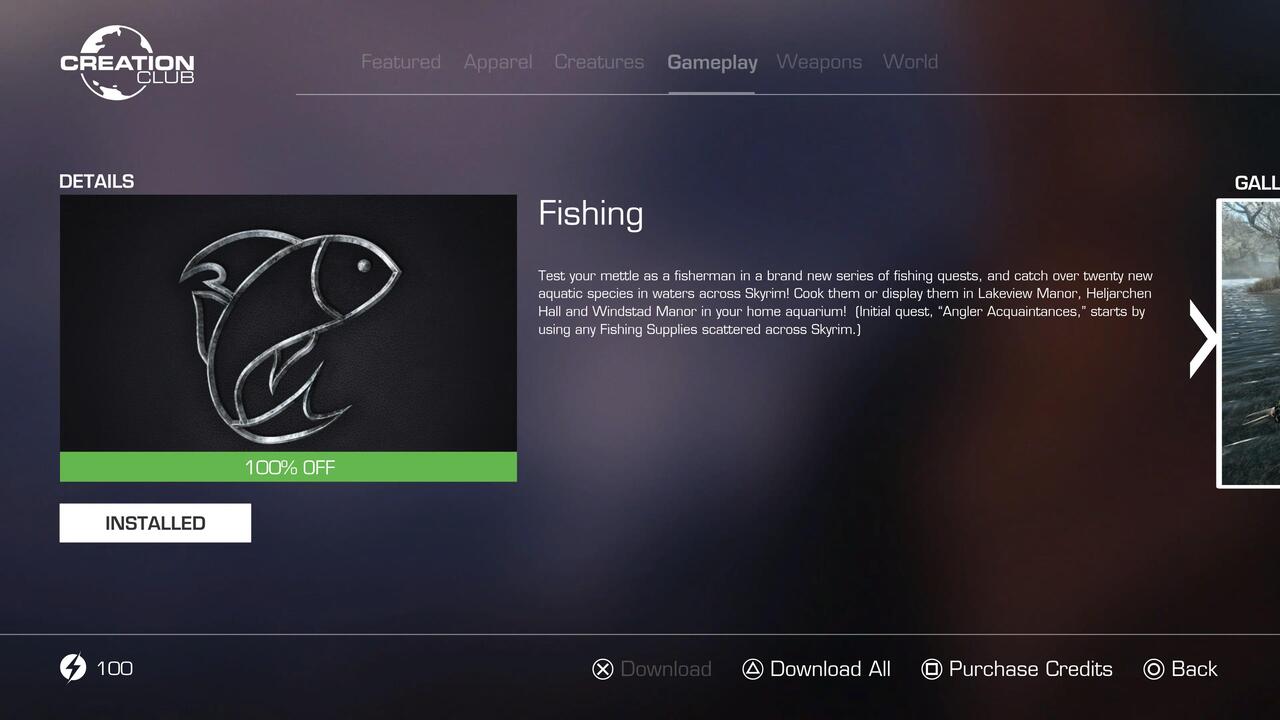 Once it’s installed, you can start fishing at preset fishing spots throughout Skyrim. These spots are named “Fishing Supplies.” You’ll also need a fishing rod, but you can find one conveniently next to most fishing spots. You can also purchase them from most vendors, such as Belethor in Whiterun or Lucan Valerius in Riverwood.

There are Fishing Supplies all over the map, but you can find one in Riverwood at the start of the game. Just follow the road toward Whiterun and you’ll see it along the riverbank before reaching the stone bridge. Look for the rack of salmon. 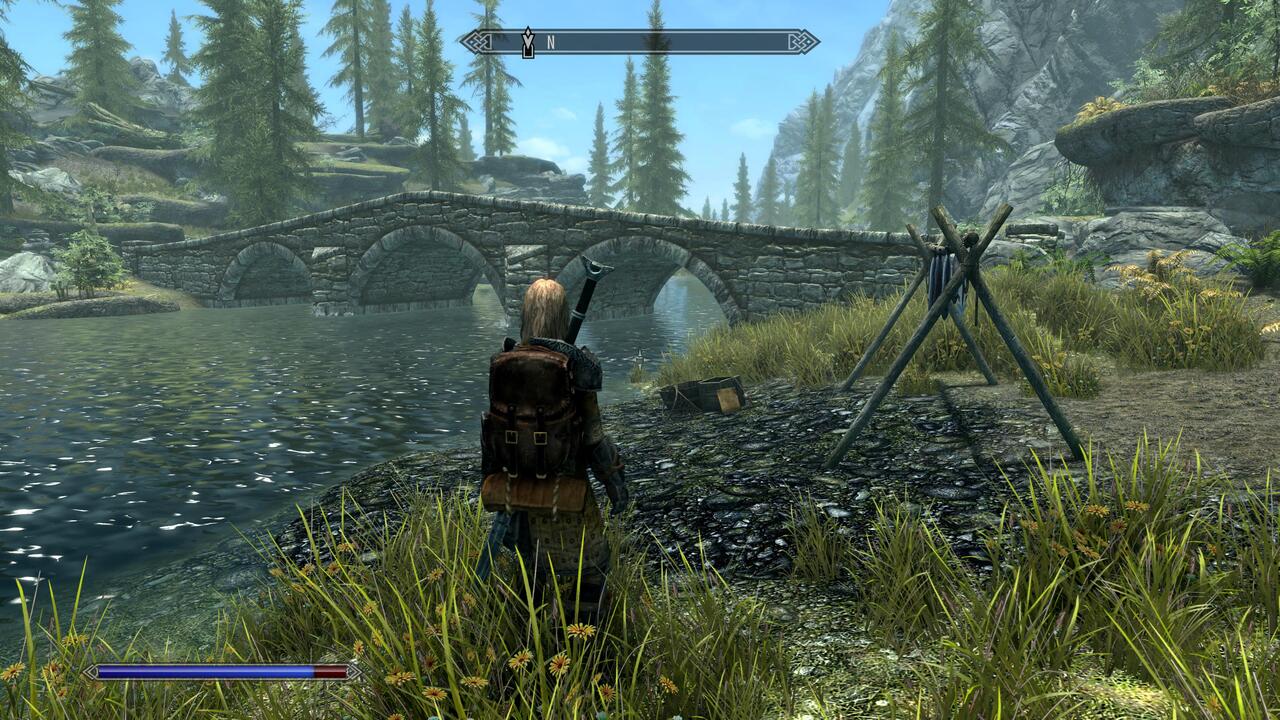 The ripples on the water mean fish are present. If you don’t see any ripples, then there are no more fish left at that location. Also, don’t reel in your line as soon as you feel something. The fish like to nibble, so it can take a while before it’s safe to reel them in. Once you feel a strong pull, it’s time to reel. If you reel in at the right time, you’ll catch the fish. There’s not much else to it. Fishing in Skyrim is incredibly simple. Finding the fish is the hard part, and that’s where the fishing questline comes in.

Starting the Fishing Quest in Skyrim

After catching your first fish, you’ll receive a new quest called Angler Acquaintances, which instructs you to visit the Riften Fishery to learn more about fishing. You can find it just outside the main gate of Riften. When you arrive, just head inside and talk to Swims-In-Deep-Water.

He’ll give you a list of fish to catch, and it’s up to you to find them all. At this point, all you have to do is explore Skyrim and catch as many fish as you can. Before you leave the Riften Fishery, you can also talk to Viriya outside to obtain another quest called In A Pinch, which tasks you with locating a juvenile mudcrab to fulfill a bounty.