Spelunky 2 – How to Kill the Shopkeeper 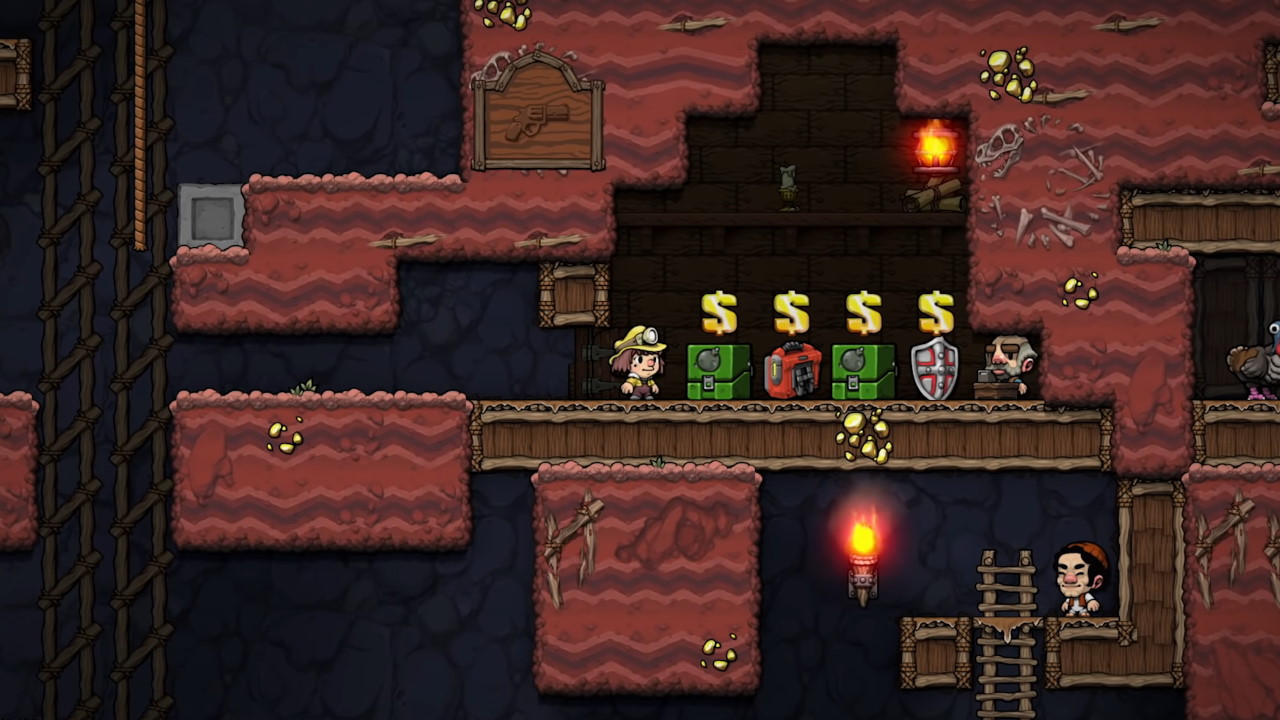 Spelunky 2 is all about exploring a vast, ever-changing cave system in order to find your parents and escape back home…and also killing. Lots and lots of killing. Most of the time you’re killing monsters and other fiends, such as spiders, bats, or the occasional caveman. But sometimes your need is too great and you have to turn to the dark side. Sometimes you need to kill someone who’s just trying to make a living in this crazy magical world, and we’re here to show you how. Here’s how to kill the shopkeeper in Spelunky 2.

How to Kill the Shopkeeper

Why would you ever want to do such a horrible thing? Because then you can take all the items he has offered for sale, of course. Sure, buying them is simpler, but gold is so hard to come by. And sometimes you need these items just to get by, so why not take them? Because the shopkeeper will murder you quicker than you can get the hell out of his shop. The only choice is to take him out before he takes you out.

The issue with explaining how to do something like this in Spelunky 2 is that so much is random. What items you have, what items are available in the shop, and the layout of the level will be different every time you play. So instead of a step-by-step walkthrough, here’s tips and tricks to use to kill the shopkeeper the easiest ways you can.

The key is to have the element of surprise. When you enter the store the shopkeeper will not be aggressive. Only if you go to steal something or attack him or his items in some way will he become aggressive. Once key change for Spelunky 2 is that the shopkeeper will not be aggressive towards you if something else attacks him, such as other enemies or parts of the game world. If you have the chance to cause chaos by using something like that you should try to, since it can give you openings you wouldn’t otherwise have.

Once you have the lay of the land you need to focus on that first strike. Hitting the shopkeeper with a weapon or something that will stagger him is ideal. Try to set it up so you hit him, and can immediately grab a weapon like a shotgun, which you can then use against the shopkeeper to take him out quickly.

You do always have your whip, but it’s not the best option unless there’s no other choice. You should have some bombs too, and can toss one at him to start a fight, as long as you’re not out. Try to move quickly once you do attack. You either need to kill the shopkeeper within a couple of seconds, or have an easy and quick escape route ready.

If you aren’t running away then keep the pressure on him. Hit him, then pick him up and toss him into a wall, trap, or other obstacle. Keep it up, dealing little bits of damage and keeping him staggered as much as possible. He should drop a shotgun of his own, so grab that immediately if it’s at all possible, then shoot him three times to take him down.

Using these tips and tricks you should know how to kill the shopkeeper in Spelunky 2. Be sure to share your best strategies with us if you can.

Home / Game Guides / Spelunky 2 – How to Kill the Shopkeeper