The Division 2 – How Do Leagues Work

I hope you enjoy time trials. Leagues are a new activity added to The Division 2 as a part of the Seasons that debuted with the Warlords of New York expansion. They are exclusive to Warlords owners, and are only active for a limited time. So, how do they work?

Leagues are activated automatically, and require participation in marked missions.

Leagues are simple in execution: for two weeks a set area of the map will have it’s missions marked as League missions and a specific enemy faction will feature. There are six challenges total, four of which being time trials for those highlighted missions. You are automatically enrolled in a League when it begins, so you simple need to run those missions at Challenging difficulty to earn progress.

The idea here is simple: you are trying to beat up to ten various time gates within those four missions, and perform a set amount of a specific action for the last two. The time trials are the hardest, and will require optimal equipment if you wish to clear all ten “stages”. The last two can be done easily over time, such as burning Outcast members and killing Elite Outcasts for the Westside League. All six challenges have ten stages, and each stage cleared contributes towards your League “rank”. 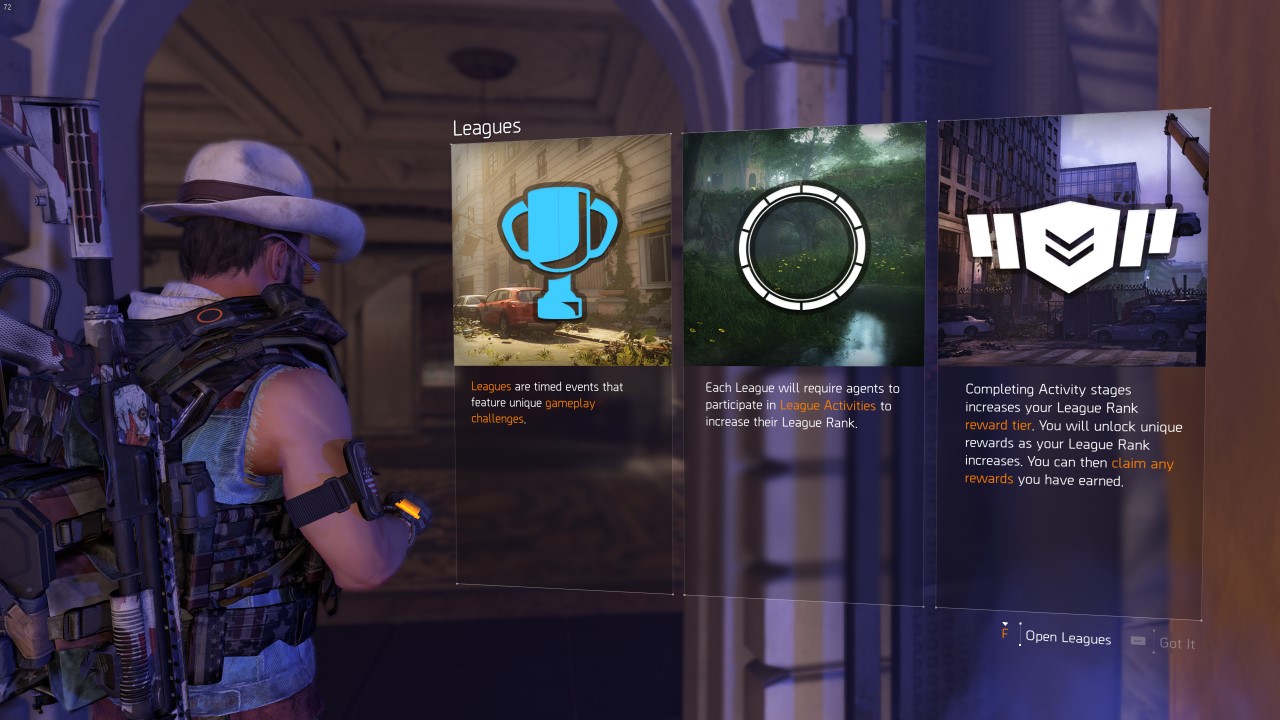 Every rank up has a reward, for a total of ten ranks. As you can see in the title screenshot, I will reach my next rank after finishing six more stages. Rewards have to be manually claimed from the League page, found within the Seasons tab of the main menu.

That’s how Leagues work in The Division 2. Work to clear four specific Challenging missions as fast as humanly possible, and kill a specific faction in a specific way. For more The Division 2 guides and tips be sure to check out our hub!

Home / Game Guides / The Division 2 – How Do Leagues Work