The Division 2 – How Does Polarity Switch Work

Be mindful of your target with this Global Event. 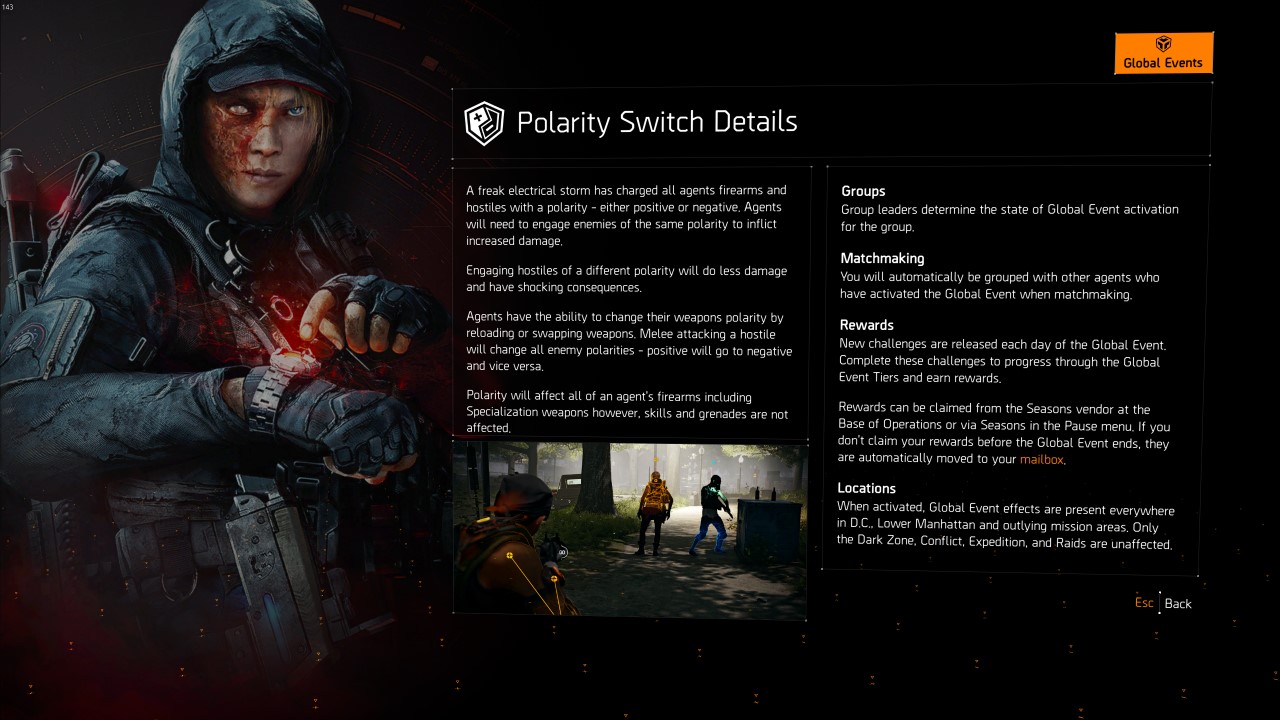 The first Global Event – Polarity Switch – in The Division 2 is live, and so long as you own the Warlords of New York expansion and have reached the endgame you can participate. So, how does Polarity Switch work?

In Polarity Switch shoot enemies with a matching polarity, or risk being stunned.

Polarity Switch is basic in concept: every enemy will have a color over their head and you will have a color on your arm. Whatever color is on your arm determines which colored enemies you need to shoot. The two colors are yellow and blue, and killing enemies that match your polarity will confer a stacking damage buff that caps at five stacks. Shooting the opposite color will remove the buff and shock you.

There is some nuance to Polarity Switch. If you want to change your polarity (I.E. your color) you can either reload your weapon, or swap weapons. This will switch your color, and make it easier to handle foes. You can also melee enemies to change their polarity, but bear in mind this will swap the polarity of all the enemies present, not just the one you punched in the chin.

While you have the Global Event active (which has to be manually toggled, as described here) you will only matchmake with groups that also have the Global Event active. Additionally, while in a group, the leader will determine whether you are doing the event or not. Well, in theory. After hours of testing I found individuals can toggle the event for themselves while in a premade, though it will bring up the Polarity Switch icons for other players to see – they just won’t be affected by the modifier. Hard to say if that’s a bug or not, but you can technically run the event even if grouped up.

For more The Division 2 guides and tips be sure to check out our hub!

Home / Game Guides / The Division 2 – How Does Polarity Switch Work