How to Unlock Hidden Aspects in Hades (Upgrade Weapons)

You're going to need plenty of Titan Blood for this. 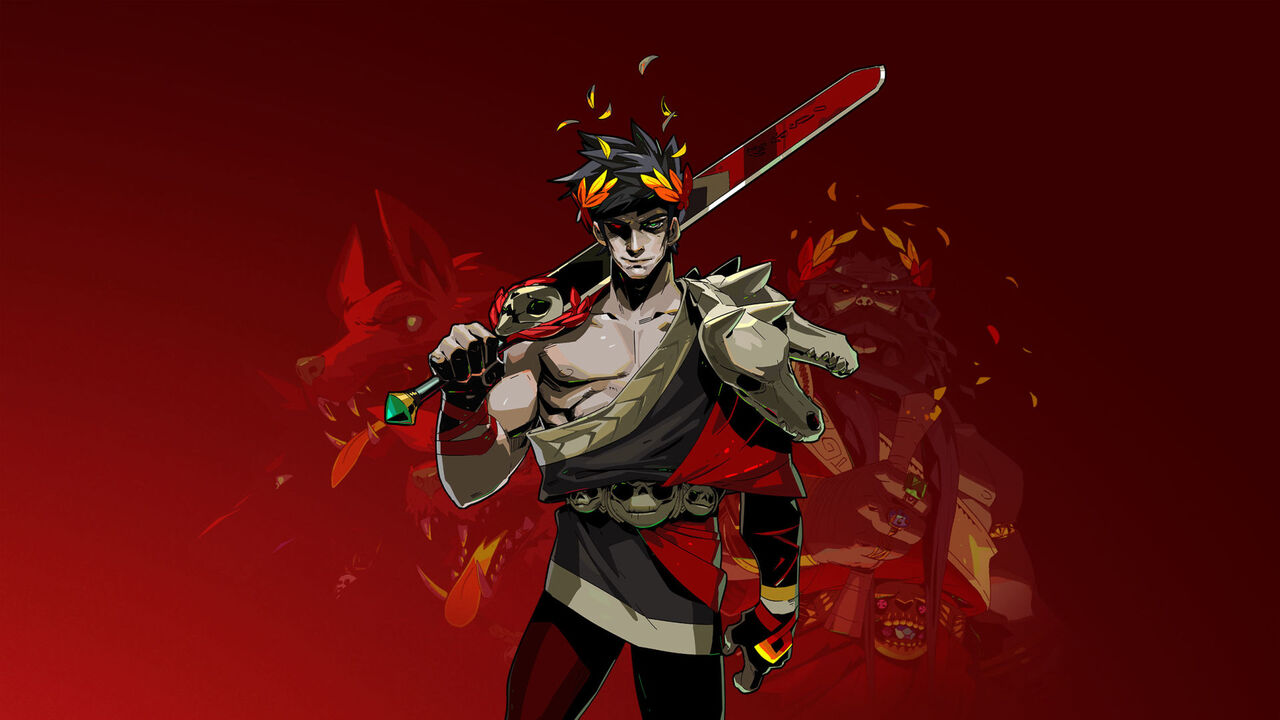 For each weapon in Hades there are hidden abilities that can be unlocked.  These Hidden Aspects are one of the thing that you must be working towards as you progress through the game as they offer powerful features in the weapons themselves.  In this guide we’ll explain exactly how to unlock the Hidden Aspects in Hades.

Hades Hidden Aspects Unlock What You Need to Know

First off, the Hidden Aspects are unlocked in a very specific manner for each weapon.  You will need to have a few different requirements met

If you’re having trouble collecting Titan Blood, check out this guide. 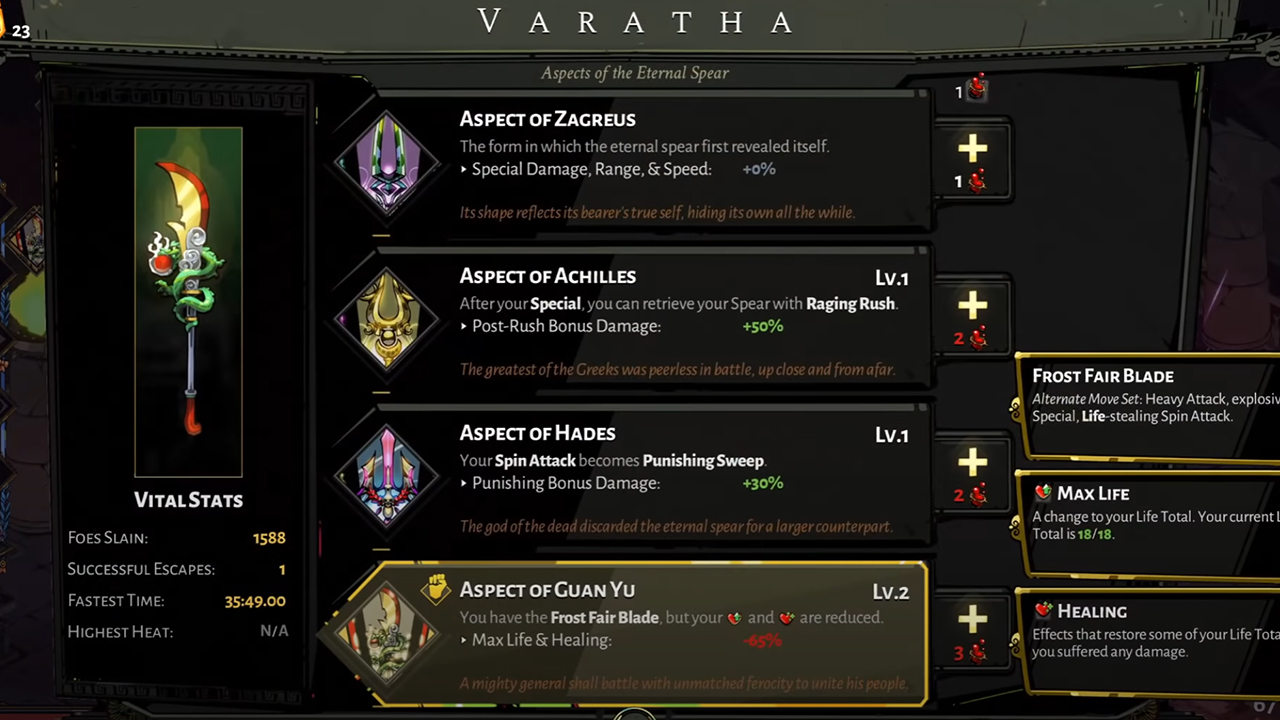 Guan Yu should be your first Hidden Aspect to unlock and it is tied to the Spear.

It is done so by investing 5 Titan Blood into your weapons.  These aspects need to be non-Zagreus aspects.  As you will notice the first Aspect in any weapon is the Zagreus aspect, make sure you invest the Titan Blood in one of the other two aspects.

Eternal Spear Hidden Ability Aspect of Guan Yu – gives you the ability to charge the spear.  This allows you to fire a spinning blade which both damages enemies and heals you with each you make. 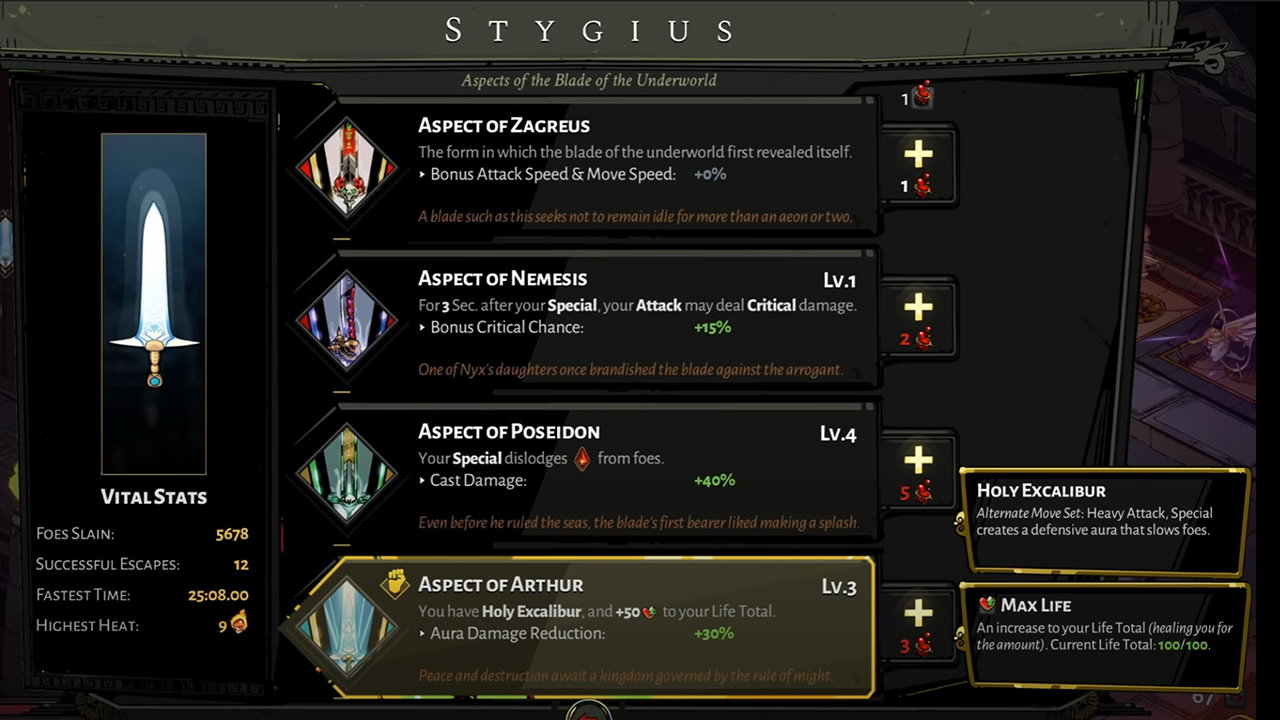 Aspect of Beowulf – Shield of Chaos 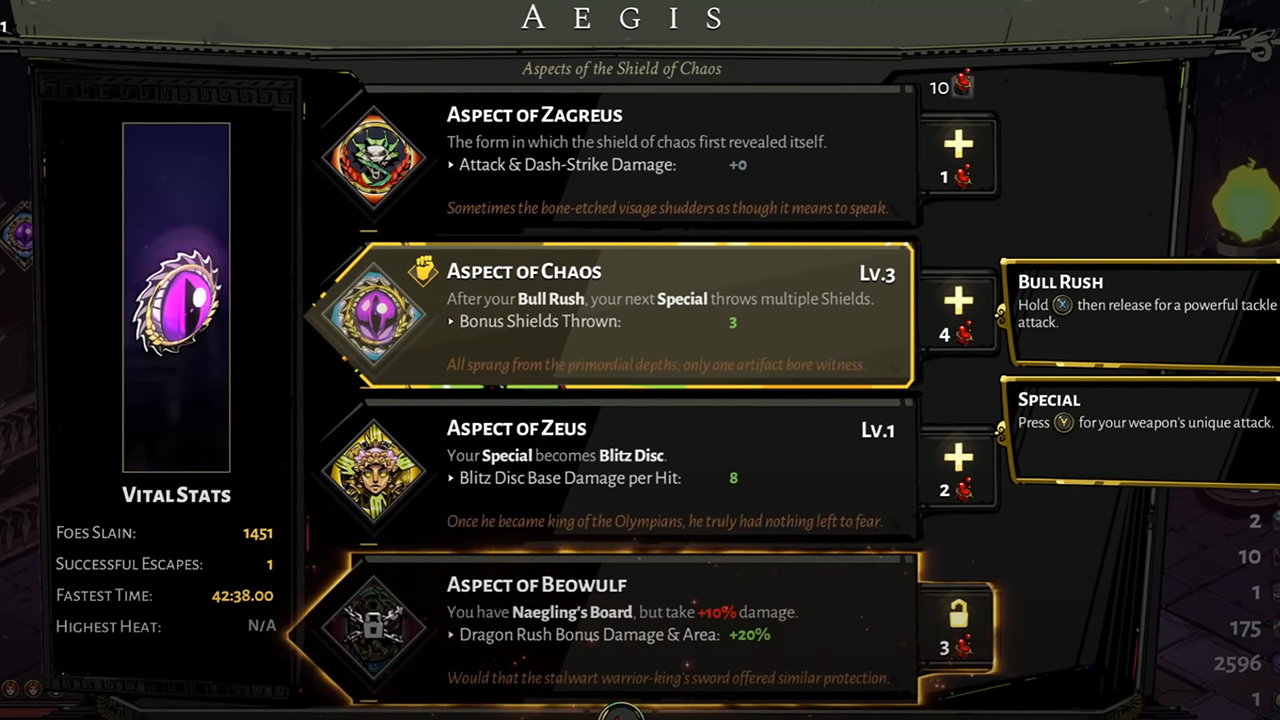 Shield of Chaos Hidden Ability Grants a special heavy attack and a special cast move called Bull Rush where each loaded cast fires at the end of the move. 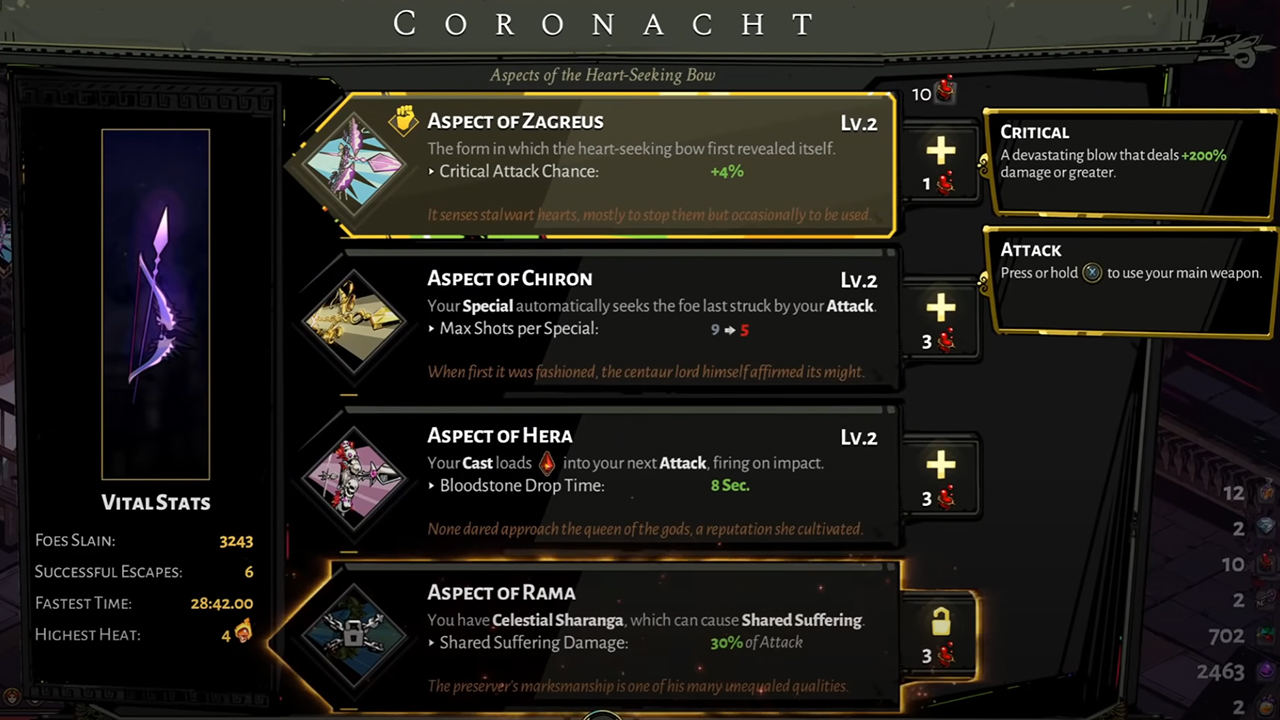 The Aspect of Rama requires that you invest 5 Titan Blood into the Heart Seeking Bow.  Once you’ve invested the Titan Blood you will then need to speak with Artemis until you get the waking phrase from them.  Since Artemis is pretty random you can use the Artemis keepsake to make sure she shows up on your run.  (Adamant Arrowhead). The Aspect of Gilgamesh requires that you invest 5 Titan Blood into the Twin Fists.  Once you’ve done this you will need to speak with the Asterius, the Bull of Minos.  They can only be found in Elysium in the mini-boss level prior to the end boss fight. 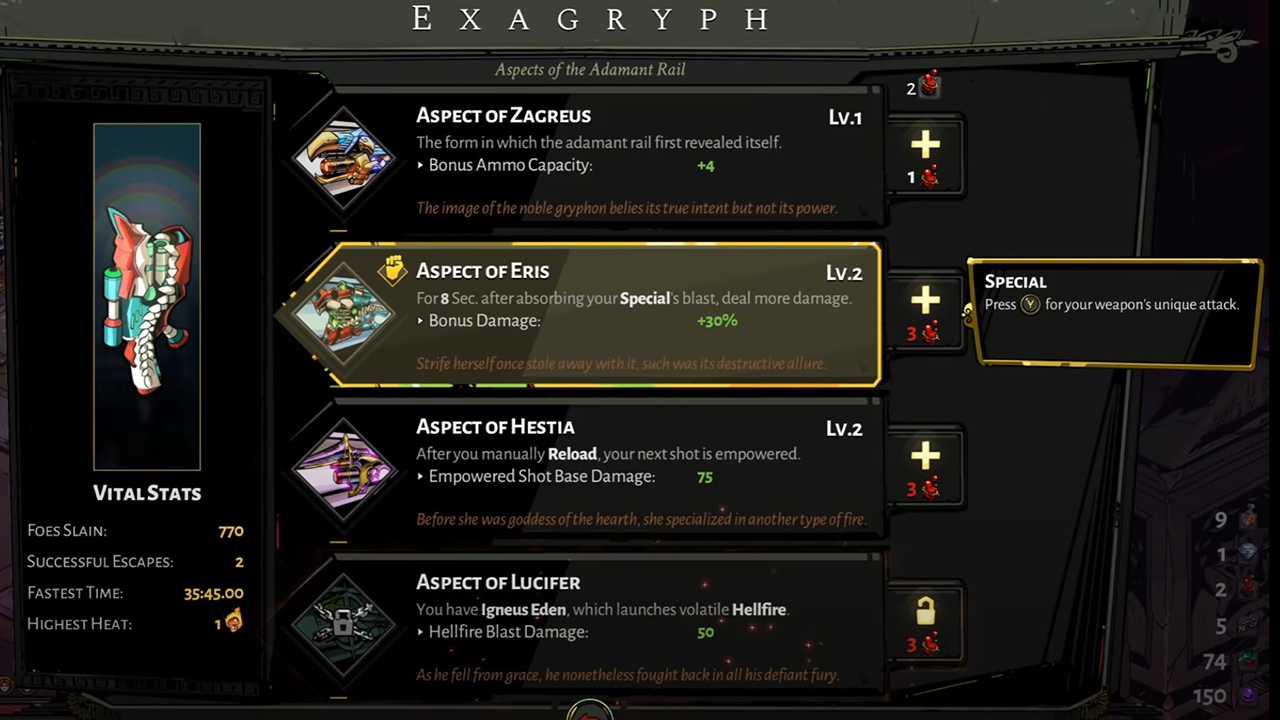 The Aspect of Lucifer requires that you invest 5 Titan Blood into the Adamant Rail.  Once you’ve done this you need to speak with Zeus with the rail equipped.  To force Zeus to show up and get the waking phrase you can use the Thunder Signet keepsake to get the dialog quicker.

And that’s how to unlock the Hidden Weapon Aspects in Hades.  Of course, if you’re just looking to upgrade weapons with standard aspects you can do so by adding Titan Blood to them in any of the unlocked aspects.