Valheim – Where to Find Surtling Cores

These cubes may seem rare at first, but they're actually pretty common. 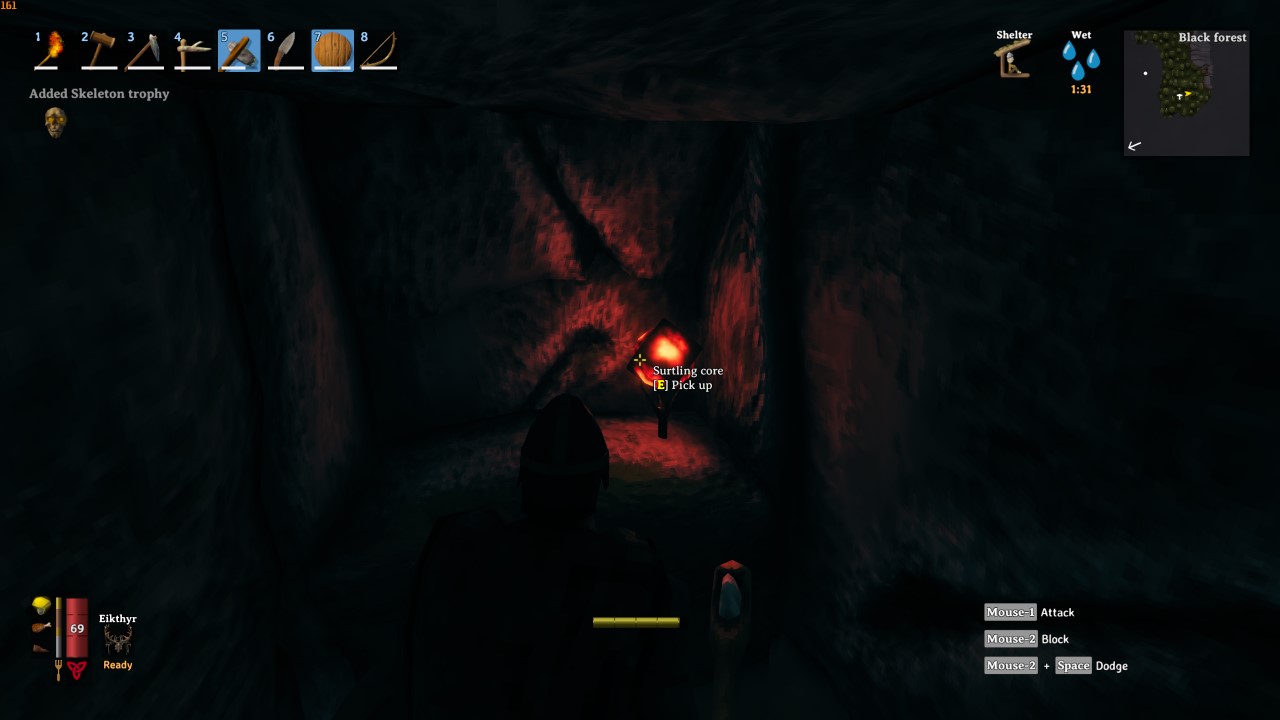 Valheim is a survival game, which means you’ll need to gather and craft your way to success, and Surtling Cores are one of the most important materials in the early game. After you’ve cleared the first boss in Valheim you’ll need to make your way into the Black Forest to take down boss number two, but you’ll want better equipment and weapons to survive the fight. That means you need to learn how to smelt bronze, but before you can even craft your first Forge you’ll need a way to melt down copper and tin. This is where the Surtling Cores come into play.

Surtling Cores in Valheim can be found within dungeons, specifically those in the Black Forest.

Surtling Cores in Valheim can be looted from dead Surtlings, but these enemies don’t appear until after you’ve progressed safely beyond the Black Forest.  So, what’s a Viking supposed to do? Why, pillage abandoned tombs of course! All throughout the Black Forest in Valheim are dungeons guarded by skeletons, and within these dungeons are typically one to ten Surtling Cores, though you can sometimes stumble upon one that has nil.

Since worlds in Valheim are procedurally generated, you’ll need to wander around a bit to find these dungeons. To be safe (and to make your life easier later on), establish an outpost within the Black Forest near the border to the Meadows, that way you have a closer respawn should you die, and a place to repair your equipment that’s nearby.

While patrolling the Black Forest keep an eye out for skeletons near rectangular stone structures: these are the entrances to dungeons within the Black Forest. All you have to do is venture inside and explore the crypt. Surtling Cores are glowing red cubes, so you can’t miss them. Be on your guard though, since these dungeons are defended by skeletons. If you find a bone pile destroy it to stop skeletons from spawning within the dungeon.

You’ll want to collect ten Surtling Cores initially to create the Charcoal Kiln and Smelter, two objects you’ll want in your homestead to A.) create coal to fuel the Smelter, and B.) melt down copper and tin ore into plates you can then use to create the Forge. I recommend crafting these at your Black Forest outpost, since copper and tin are found in this biome, and they’re heavy. Instead of hauling ass back and forth from the biome and your main base, use your Black Forest outpost for all your metalworking needs. Just be sure to farm up some more Surtling Cores while you’re in the Black Forest: they’ll allow you to craft Valheim’s portals and other essentially objects later on.