Valorant – Best Guns and What to Buy

Every gun in Valorant and the best ones to buy. There are a lot of guns to choose from in Valorant, and with a limited amount of Creds to spend, you’re going to want to buy the best weapons when you can. Each weapon serves a particular purpose, but the economy mechanics in Valorant might prevent you from buying your favorite gun in a certain round. Thankfully, every firefight in Valorant comes down to skill, so even someone with a sidearm can outgun someone with an expensive gun in the right circumstances. This is a comprehensive list of every gun in Valorant as well as the best guns to buy. 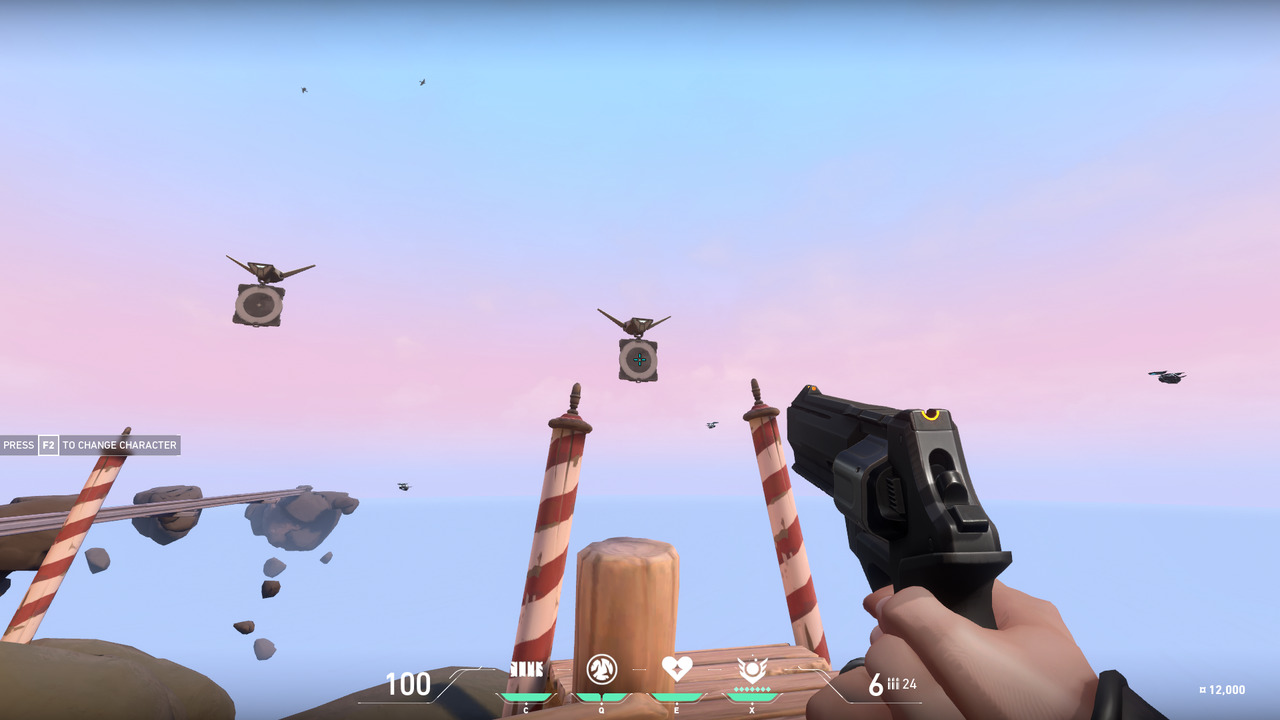 Every player starts with a Classic pistol at the start of every round. It’s the bread and butter of Valorant sidearms, but Valorant’s other sidearms are a much better choice if you’re going to save your Creds and do a pistol round.

The Shorty double-barrel shotgun is a highly situational sidearm that can be incredibly deadly up close, but it loses much of its efficiency at range. If you can get up close and personal with Shorty, it might be worth picking up, especially with its low price.

The Frenzy is arguably a much better close range choice than the shorty. It kills more reliably and can still contend with other guns at medium range. It’ll lose to rifles and SMGs, but you can score some easy early game kills with a Frenzy.

The Ghost is the equivalent of the USP from Counter-Strike. This silenced pistol has a rapid fire rate and deals decent damage, but it quickly loses accuracy with repeated shots. Still, it can guarantee an easy kill if you catch someone off guard.

If the Ghost is the USP, then the Sheriff is the Desert Eagle. This powerful revolver can kill an enemy with a single headshot or put someone down with only a handful of body shots up close. If you can aim well, the Sheriff is an incredibly rewarding sidearm to use. 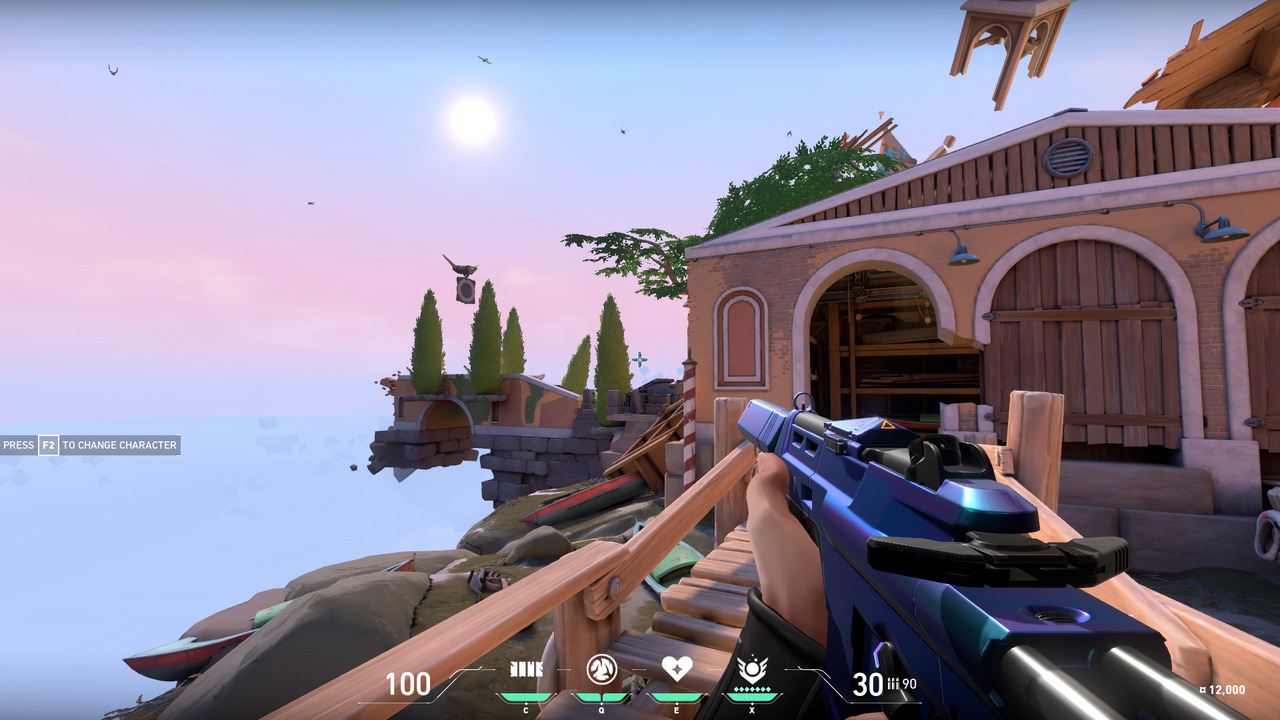 The Stinger is perfect for economy rounds where you don’t want to be stuck with just a sidearm. It’s great up close, and its burst alt-fire mode makes it a viable choice for medium to long range encounters. Just keep in mind that it gets wildly inaccurate after repeated shots.

The Spectre is pretty much a straight upgrade over the Stinger, but the improvements come with a heftier price tag. A slower fire rate and increased headshot damage make the Spectre more viable at a distance, and the improved ammo capacity gives you much more breathing room before needing to reload. 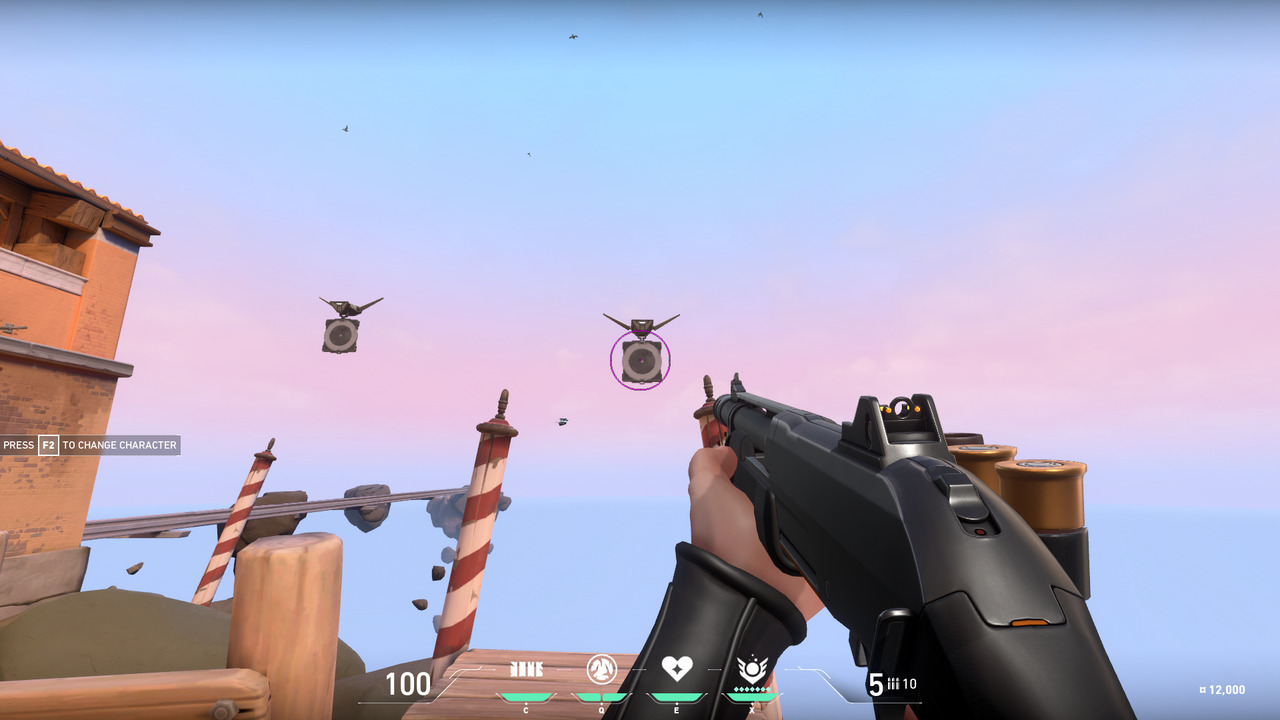 The Bucky will absolutely decimate anyone within a few meters, but the damage falls off significantly at range. Still, being able to deal massive damage without needing to be too precise can really give you an edge in firefights, and the alt-fire can extend the weapon’s effective range dramatically.

The Judge doesn’t hit as hard as the Bucky, but it makes up for that by being able to fire multiple shots in rapid succession. This semi-automatic shotgun is perfect for holding tight chokepoints, and anyone unlucky enough to enter the Judge’s effective range can be put down with a few shots to the chest. 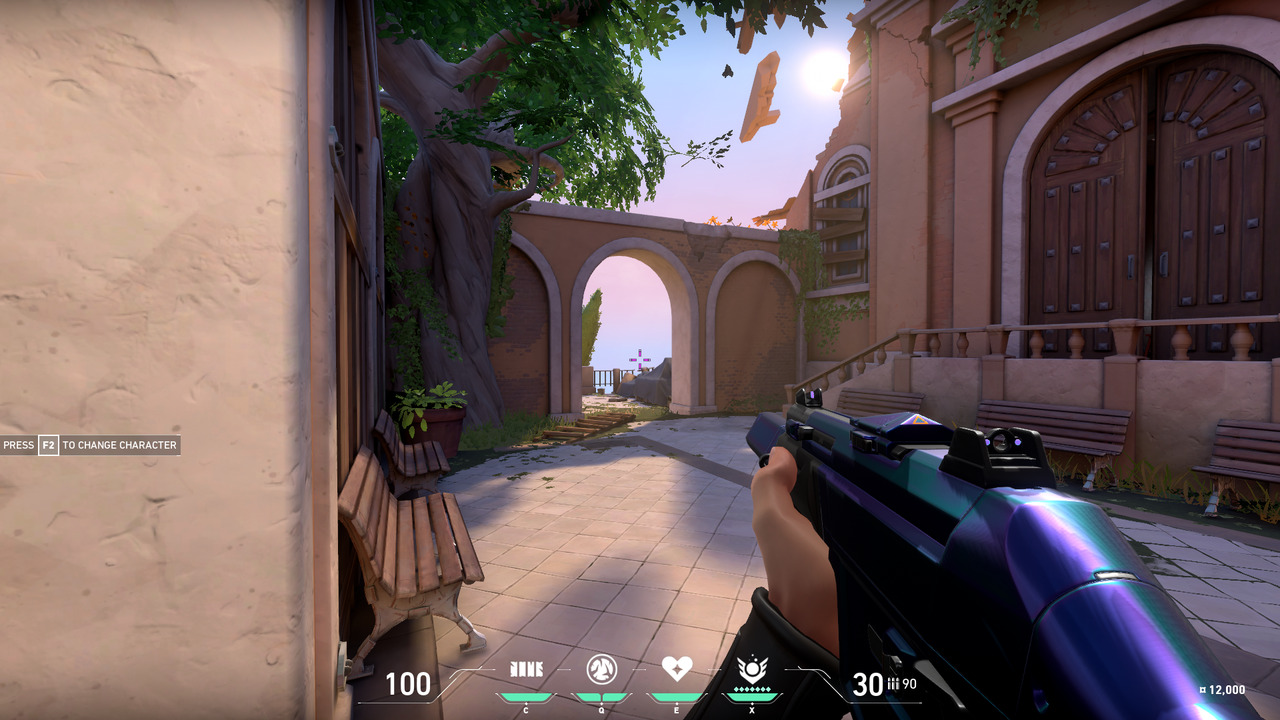 The cheapest of all the rifles, the Bulldog is a great budget option for someone who wants something with a little more of a punch than an SMG. It does less damage than the other rifles, but its three-round burst makes it deadly in the right hands. The other rifles are still better, but this is a great economy round rifle.

If you’re trying to be a sniper but can’t afford the more expensive sniper rifles, then the Guardian is for you. This semi-automatic rifle hits incredibly hard, but you have to be able to land shots reliably to be a threat with it. It’s great at range, but automatic weapons will most likely beat it up close.

Valorant’s version of the M4, the Phantom is the fastest firing of all the Valorant rifles, but its damage falls off at long ranges as a tradeoff. Still, this gun is incredibly accurate in short bursts, and it can make quick work of an enemy with a few shots to the chest.

The Vandal is Valorant’s version of the Counter-Strike AK. Pinpoint accuracy and little damage falloff make the Vandal devastating in the right hands. A headshot will kill any player at just about any distance, but if you miss your initial few shots, the Vandal gets pretty inaccurate. If you’re confident in your shooting abilities, buy the Vandal. 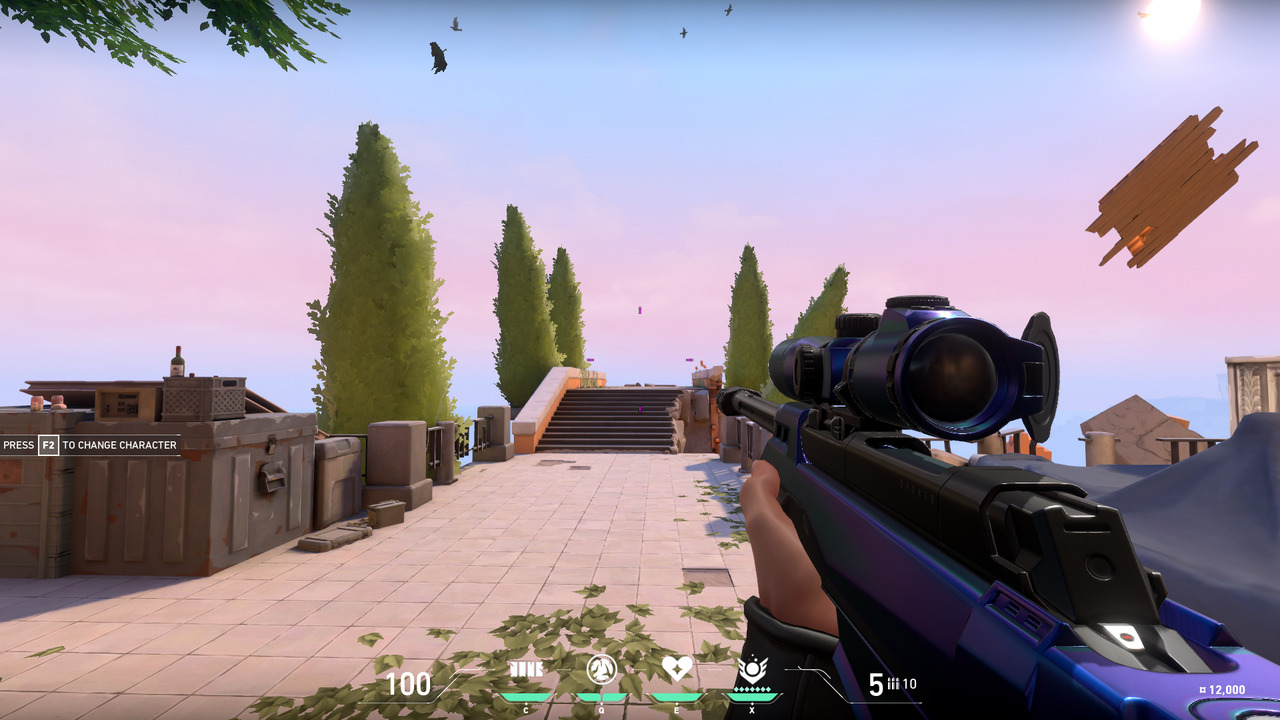 The Marshall can be a great gun in the right hands, but there’s a reason the price disparity between it and the Operator is so large. One shot to the head will kill with the Marshall, but it’ll take a few body shots to put someone down. If you buy the Marshall, you’d better not miss.

This is the scariest gun in the game. The equivalent of Counter-Strike’s AWP, the Operator will kill anyone in one shot to the body or head, even if they’re wearing armor. It isn’t the most effective up close thanks to its terrible hip fire accuracy, but when you scope in and hold a long-range angle with it, it’s almost impossible to beat. 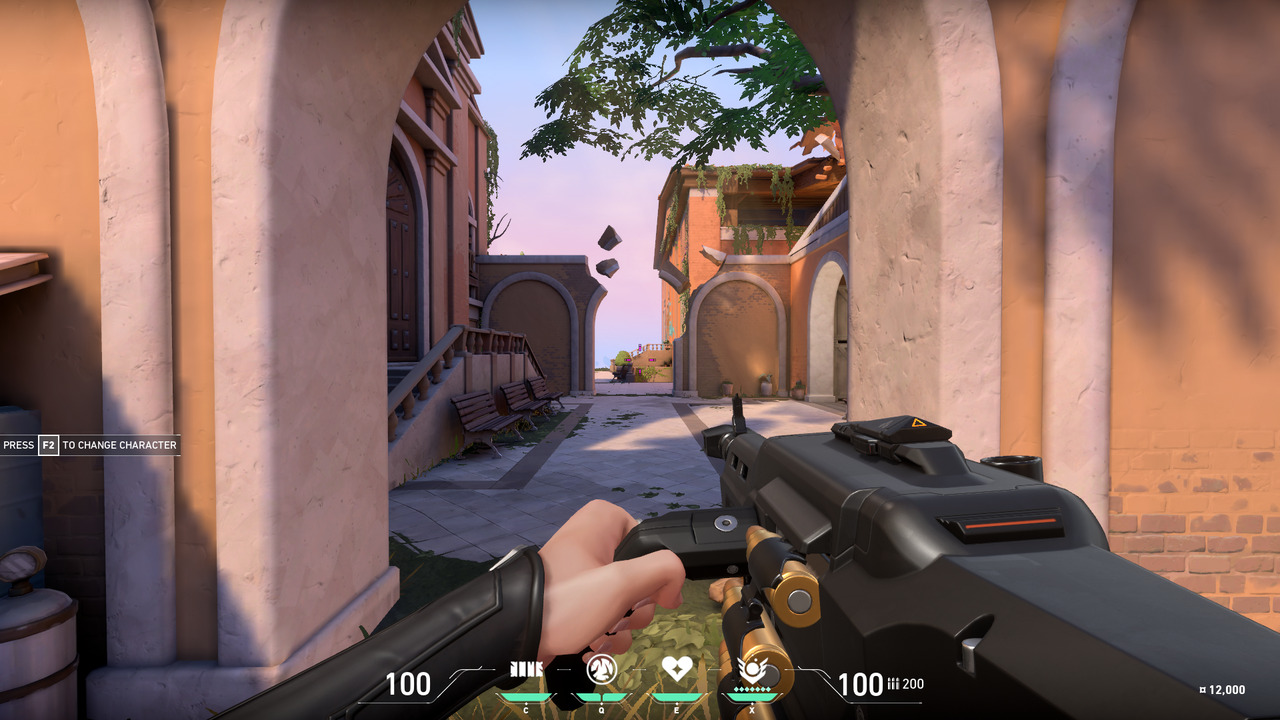 The Ares isn’t the greatest at long range, but it can be very menacing at close to medium range. It’s essentially a cheap rifle, perfect for someone who wants something like a Phantom or Vandal but can’t afford it. Its massive magazine makes it excellent for holding angles and deterring pushes.

The Odin has a ridiculously fast fire rate which, when paired with its high damage output, can absolutely shred enemies in under a second. The recoil is difficult to manage, but spend enough time with it and you’ll quickly learn how to use this beast of a gun.

What Are the Best Guns to Buy in Valorant?

At medium range, you’re going to want something that has some range but can still hold its own up close. The Phantom is the best rifle for aggressive close-range play, and the Spectre SMG is perfect for highly mobile pushes. If you’re trying to save Creds, pick up a Stinger or even a Ghost if money is tight.

At long range, the Operator is practically unstoppable in the right hands. If you’d rather not use a sniper rifle, then the Vandal is the best long-distance rifle thanks to its high damage output and low damage falloff. The Guardian is the best middle ground between the two, excelling at a distance but still capable up close. These guns are expensive, so buy the Sheriff if you can only afford a sidearm in the early game.

Home / Game Guides / Valorant – Best Guns and What to Buy