Victoria 3: How to Declare War

Here is how you navigate the in-depth war system in Victoria 3! 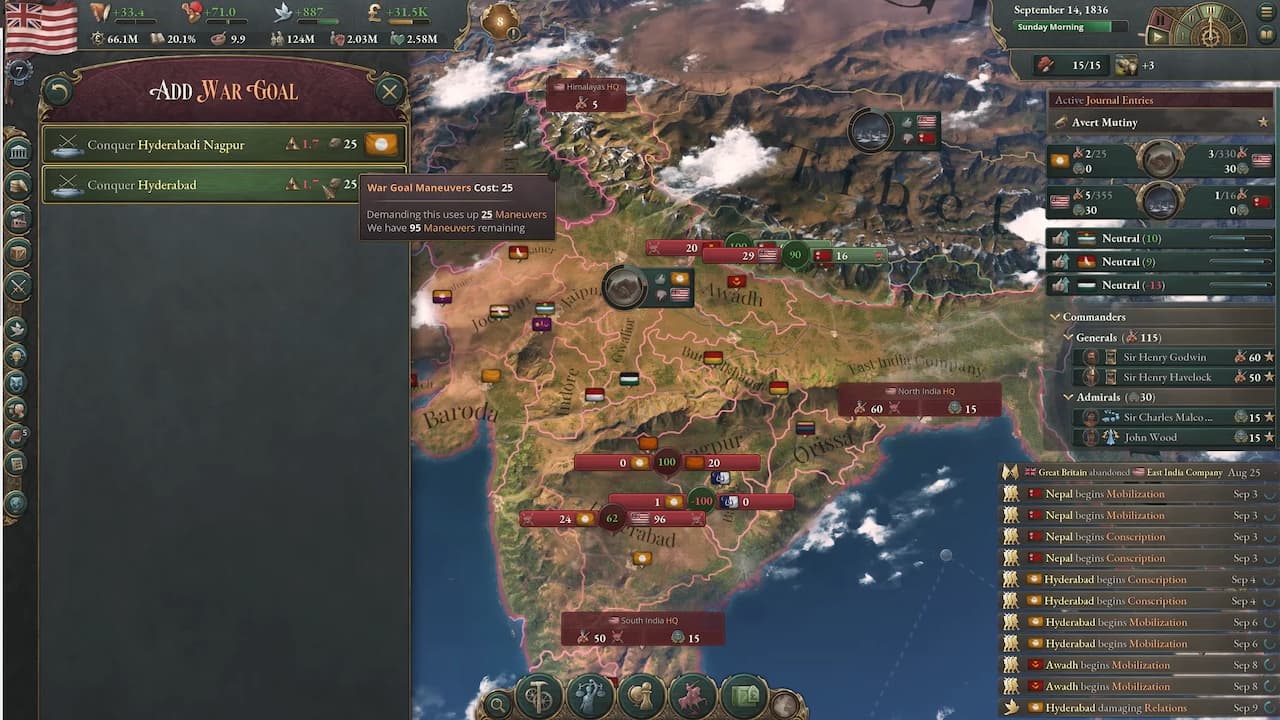 The General Error in Victoria 3 declared war, but you achieved a decisive victory! Now, you have reached a point in your game where you want to declare war on a fellow nation? Not so fast. You cannot outright declare war on a nation. The war system in Victoria 3 is exceptionally in-depth, and you can achieve many other goals than just pure destruction. Wars can be used to gain strategic advantages for your nation, so you must understand the process behind declaring war. Our guide will explain every phase and how to declare war if you still deem it necessary, which may not necessarily be the best outcome for your nation.

How to Declare War in Victoria 3

Before we get into each Diplomatic Play and phase, we must first discuss Maneuvers.

Maneuvers dictate your actions when adding war goals and attempting to gain allies (or make them neutral). Your power and prestige rankings determine the number of Maneuvers you have available. All available actions below use the same pool of Maneuver actions, so you will want to find the balance of war goals to allies based on your specific situation. Add too many war goals, and you won’t be able to gain allies. Add too many allies, and you won’t achieve too many war goals.

Your ability to Declare Interest in a specific region is affected by your standing on the world’s main stage through your power and prestige rankings.

Once you have Declared Interest in a region, you will gain access to the following Future War goals based on your :

You will proceed to the Escalation Phase after you have chosen your war goal.

You can add additional war goals during the escalation phase. All available war goals in the first phase can be added during this phase. A new war goal called War Reparations is available during this phase only. You cannot pick this war goal as your primary war goal. War Reparations make the country pay you for a specific period after they lose the war. You will proceed to the Diplomatic Maneuvers phase after completing the Escalation phase.

You can attempt to sway other countries to your side as allies for the war. When looking at the Sway tab, you will see how a country leans towards either of the prima y parties. You can attempt to sway them by offering nothing or giving them Obligations. Obligations will almost always make them join your side but be aware that you will be obliged to join them in a war they start should they do so later in the game. Your diplomatic standing will negatively impact you if you do not join them when the time comes. You can also convince countries allied with your enemy to become neutral during the war. They will not help either side, making it easier for you to win the war. You will proceed to the Countdown to War phase after completing the Diplomatic Maneuvers phase.

The Countdown to War phase is the last phase before the war officially begins. Both parties can still Back Down and end the war if they choose. Backing Down will cause a party to forfeit all war goals. It is common for the AI to Back Down if you are extremely powerful and would dominate them in a war. If neither party backs down, then the war can officially begin.

Congratulations! You have completed all Diplomatic Plays and phases, and your war has officially begun.

If all of this is too complicated, check out ways to achieve war goals using console commands instead.

Victoria 3 is currently available for PC through Steam.

Attack of the Fanboy / GAME GUIDES / Victoria 3: How to Declare War