Warframe: How to Catch Rare Fish on the Plains of Eidolon

For those who want a streamlined spearfishing experience. 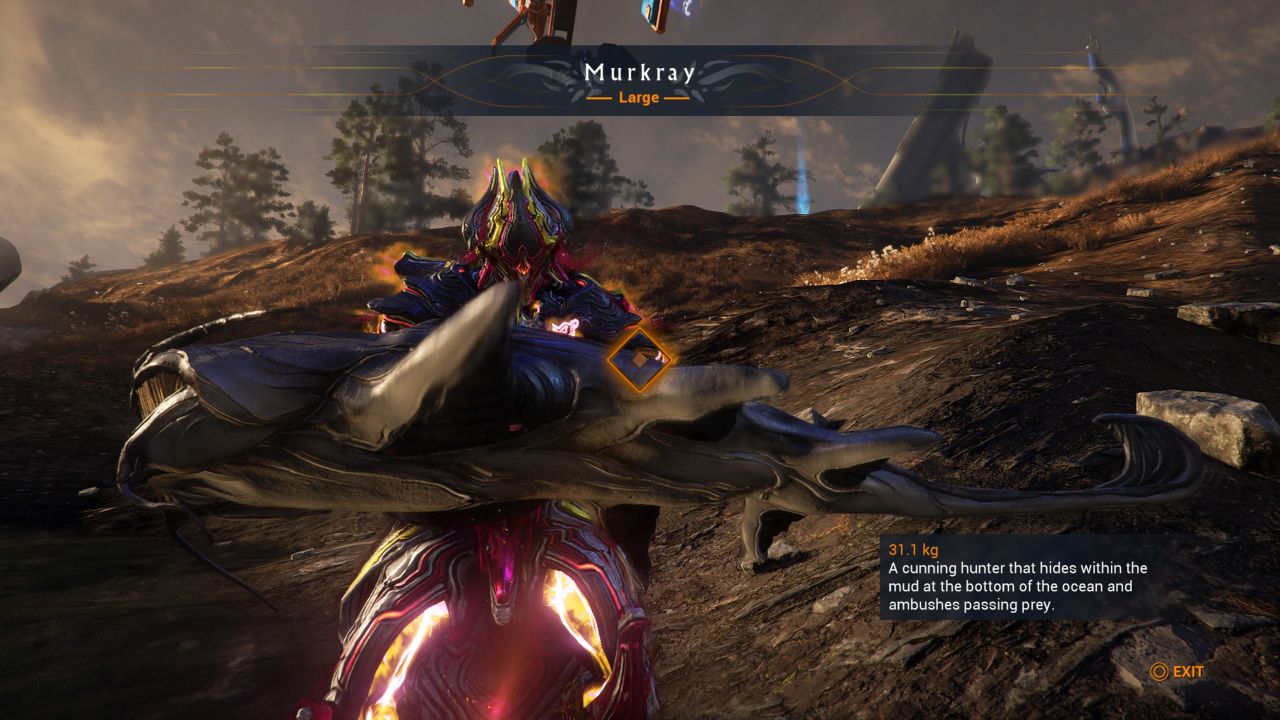 Many Warframe players will be tasked to catch rare fish on the Plains of Eidolon at some point, whether it’s for Nightwave challenges or just to progress through the Ostron’s ranks in Cetus. Whatever the case may be, the fishing mechanic, especially getting the rare species, can be a bit of a daunting task. Here’s how you can do this much easier and what you’ll need to do so while skipping a lot of the confusing parts.

How to Catch Rare Fish on the Plains of Eidolon

Before you begin fishing in general, you should bring a Volt or Volt Prime as your dedicated fisherman. His passive allows him to build up 5 damage per few footsteps up to 1,000.

As you’ll notice when buying your fishing spears in Cetus, there are three different ones that specialize in which kind of fish they can catch. If that just seems like a drag when you’re catching all the different species of fish you see in the water, you can essentially skip that thanks to the aforementioned Volt passive. 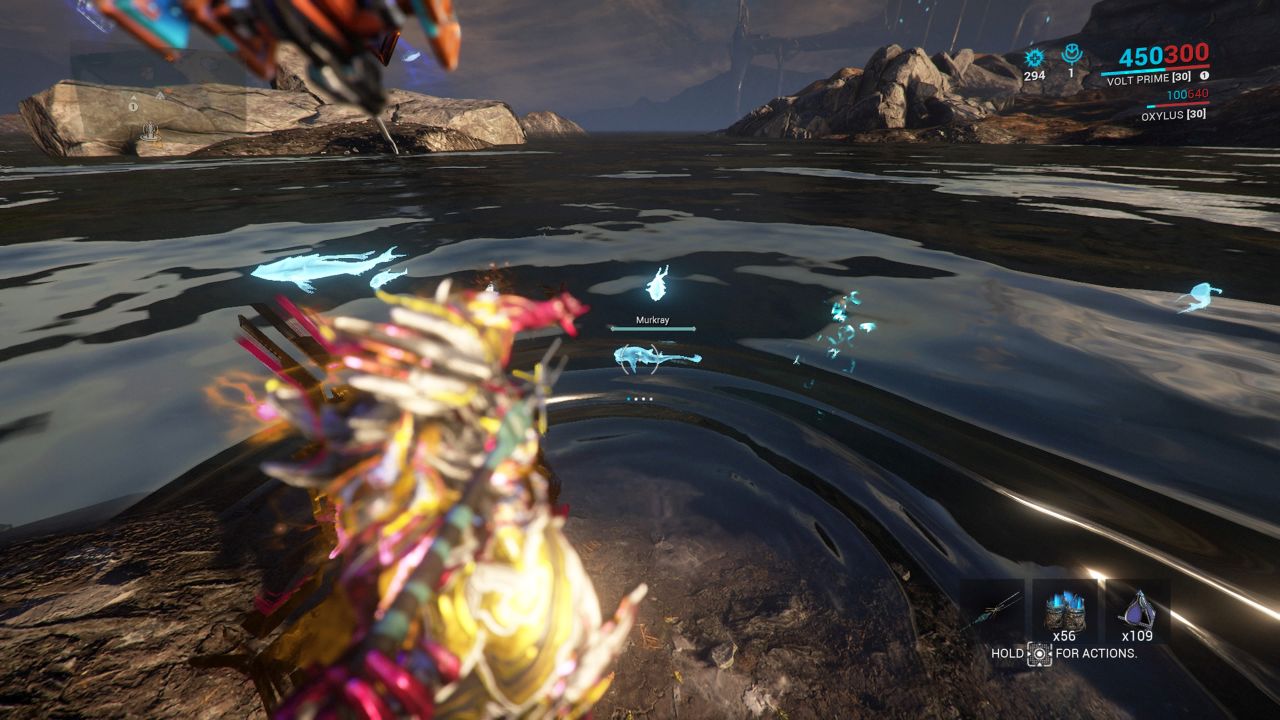 Say, you want to catch a Norg. It’s a scaly fish so you’ll need the Peram spear. If going through the gear wheel just to bring it up is a drag, just use any spear you already have in hand and gain about 50 saved-up damage from Volt’s friction passive. Toss your spear at the fish and you should catch it (granted you don’t miss).

You should also stock up on Luminous Dyes which you can purchase for 100 standing per unit from Fisher Hai-Luk in Cetus. Alternatively, you can acquire the Oxylus sentinel and equip the Scan Aquatic Lifeforms precept mod. Either one of these will help highlight fish in the water, allowing you to more easily spot them.

Since you’re probably only here because of the Nightwave challenge, the easiest rare species of fish to catch is the Murkray. It’s the only rare species of fish that is active both day and night, so you don’t have to take any cycles into consideration. So, on top of getting fish dyes, Volt, and any spear, you’ll need to get some Murkray Bait. You only need to be Rank 2 (Visitor) to have the ability to buy the bait for that species.

Next, and now that you have all the needed items, head to an oceanic body of water. The most consistent spot to do this is the area south of Hillside Ruin. Make sure to get rid of any Grineer stationed nearby so they won’t interrupt your fishing session. 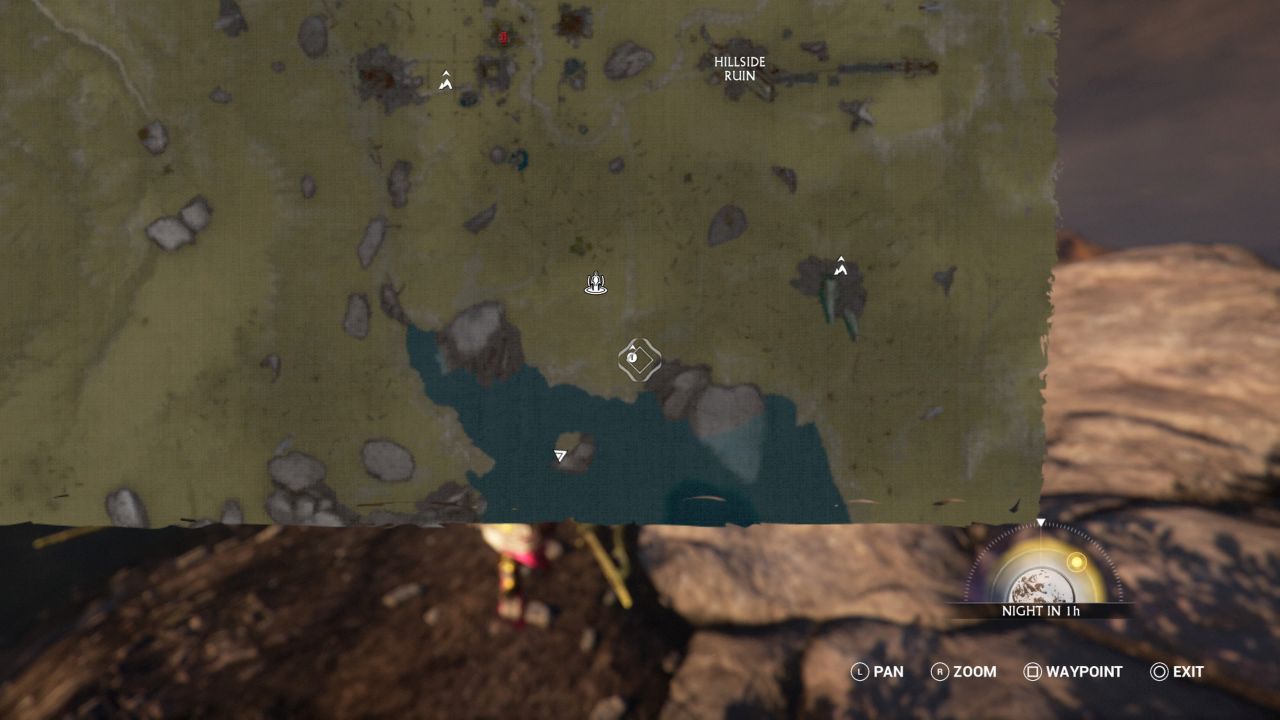 Once that’s all clear, take out your fishing spear and stay close to the orange fish icon located on your minimap. This indicates a hotspot for the area, meaning more fish are likely to show up. Here is also where you’d want to now throw in your Dye and the Murkray Bait. Each time you throw the spear, the damage stored through Volt’s passive resets, so you’ll have to run in a circle for a few seconds to once again build up damage.

If you are looking to rank up with the Ostrons but need all these different fish parts, you can always freely roam the Plains of Eidolon during the day and farm the Tusk Thumpers. On death, they drop all sorts of important loot pertaining to Cetus. This also includes rare fish items like Murkray Livers, Norg Brains, Cuthol Tendrils, and Seram Beetle Shells.

Of course, there are 3 variants of the Thumpers, so they all have their separate drops. You can get all these fish parts from all the variants, including the Narmer versions. Only Domas and Bulls drop Seram Beetle Shells.

Attack of the Fanboy / GAME GUIDES / Warframe: How to Catch Rare Fish on the Plains of Eidolon