There may not be many available to upgrade, but these DedSec weapons are worth your attention. 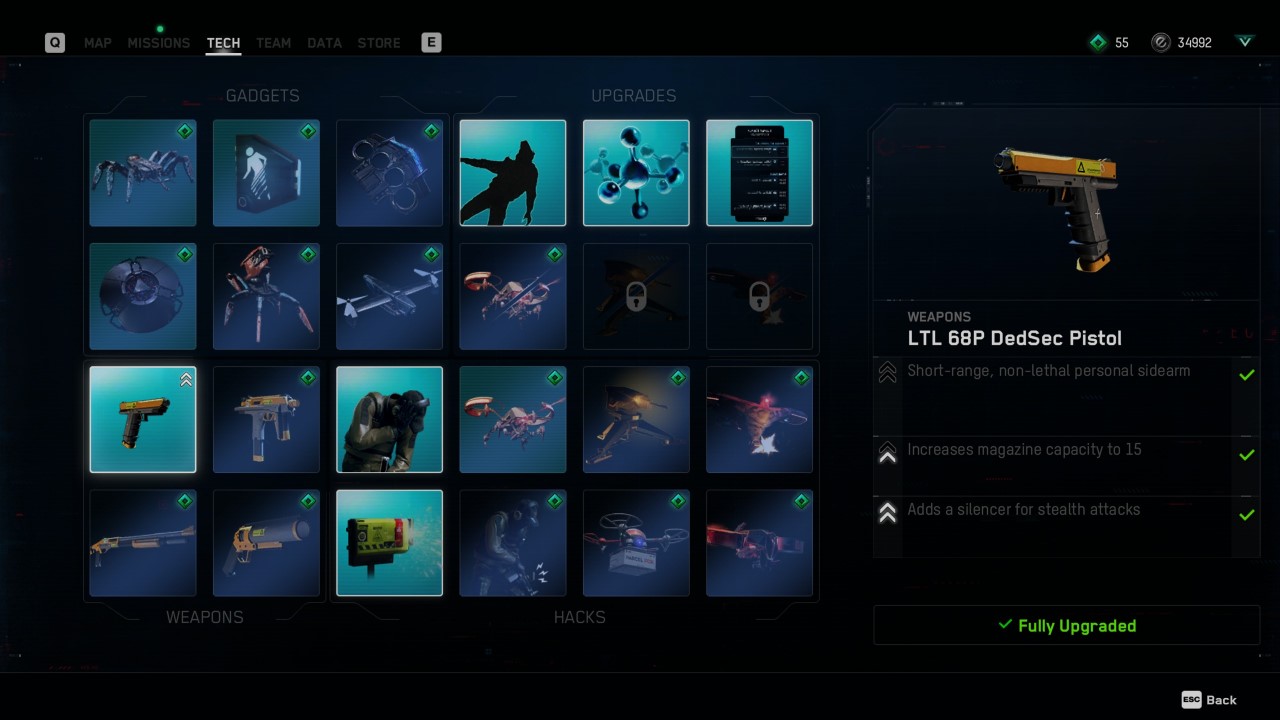 There are a variety of weapons available for use in Watch Dogs: Legion, though there are truly only four you can acquire and equip with abandon. That’s not to say they can’t be upgraded – you’re non-lethal DedSec weapons are well worth improving, even if your new operative comes with a fancy weapon or two of their own.

DedSec weapons are the only ones you can upgrade in Watch Dogs: Legion.

Due to how the Operatives system works, many of the weapons in-game are assigned as unique operator skills. If you want to use a light-machine gun you’ll want to recruit an Albion soldier, for example. That’s not to say you don’t have universal weapons for your operatives to equip, because you do within the Tech tree.

There are four non-lethal DedSec weapons in the Tech tree that can be upgraded with Tech points earned in-game. Every operative comes with two ranged-weapon slots, and recruits who do have a ranged-weapon as a skill can still equip a second, DedSec weapon. Additionally, these can be swapped out at any time, so long as you are not within a restricted zone or being pursued by the law. Melee weapons do not take up a weapon slot.

The four Dedsec weapons, their upgrades, and the associated costs for upgrading these weapons are: