Your old favorite skills may not be in the Tech menu, but that doesn't mean they've been removed entirely. 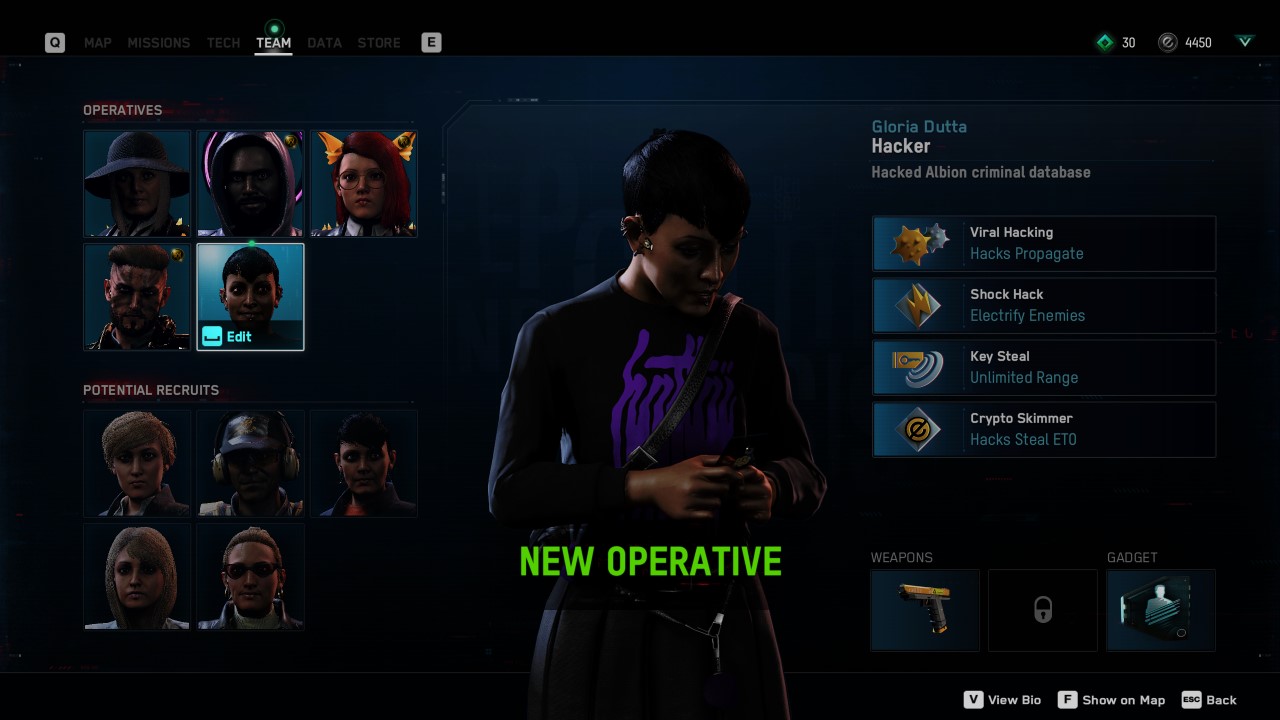 Watch Dogs: Legion has made many of the old hacking abilities from the last two games into Operative Skills, and they will determine who is worth recruiting, and who is best left ignored. It’s important to understand how these skills work if you want to efficiently wrest control of near-future London away from the authoritarian surveillance state that’s making life Hell.

Operative Skills in Watch Dogs: Legion are passive and active abilities that dictate how an operative functions.

Operative Skills in Watch Dogs: Legion are unique passive and active abilities assigned to that specific person/operative. While there are universal hacks and skills for operatives to use within the Tech menu, Operative Skills cannot be swapped between characters. It’s important then to recruit operatives with a full suite of abilities that fit your needs.

Let’s use the featured image for this article as an example. Gloria Dutta is a Hacker, and she has four passive Operative Skills that belong to that role. Viral Hacking allows me to hold down the button of whatever hack I am using to spread it to nearby devices. Shock Hack allows me to use the ability on enemies, distracting them while dealing damage. Key Steal allows me to download digital keys so long as I have line-of-sight, and Crypto Skimmer provides me small amounts of ETO (the in-game currency) whenever I hack anything.

You can view a potential recruit’s skills while holding down the Hack button (Left-Bumper/Middle-Mouse wheel), and if you pin them as a potential recruit you can select them within the Team menu to review what each skill does. There are plenty of Operative Skills to play with, and they all fit within certain categories, so if you want to summon your drunk buddies for an Albion beat-down, for example, you’ll need to recruit a pub crawler of sorts. There’s an internal logic to Operative Skills and who has them, so be sure to give everyone a quick scan to see who has what.