World of Warcraft Shadowlands: How to Earn Soul Ash

You'll want to collect this precious resource if you plan to craft Legendaries. 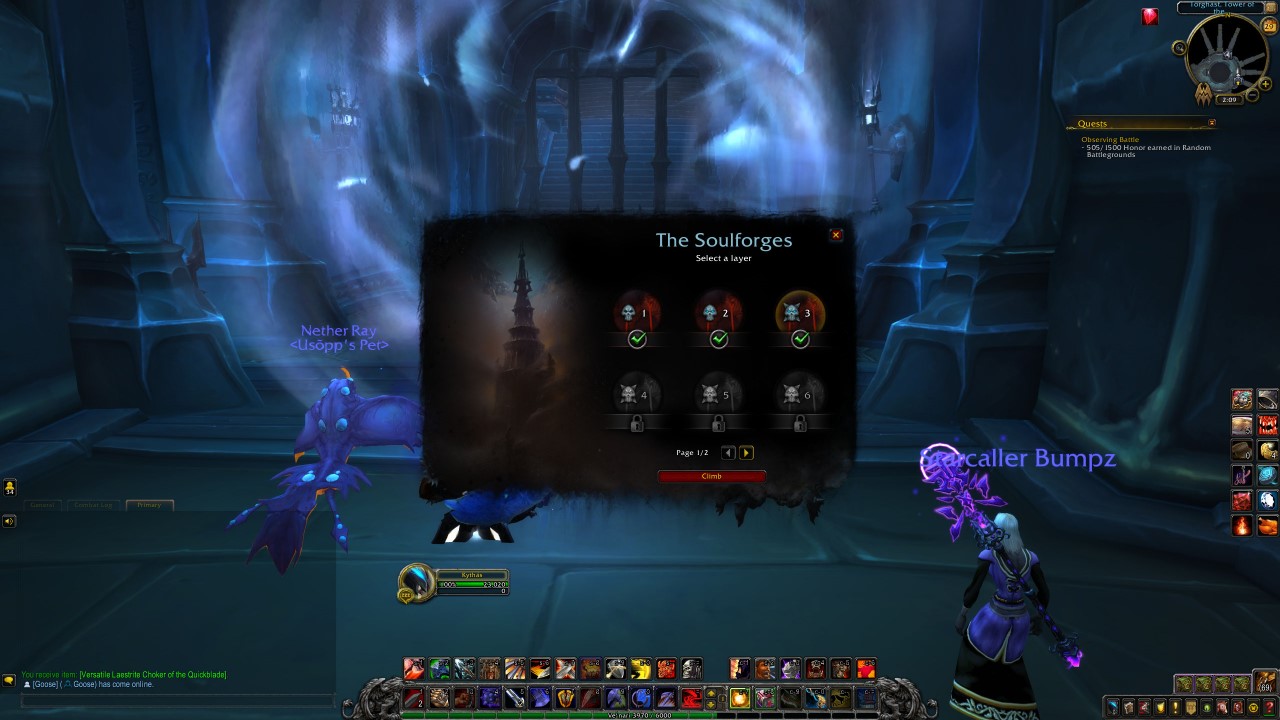 Soul Ash in World of Warcraft Shadowlands is required for Legendary Crafting, and you’ll want to stockpile it if you plan to take advantage of the system. While there are technically two ways to earn Soul Ash, you’ll want to focus on the first and most important: Torghast, Tower of the Damned.

Soul Ash in Shadowlands is predominately earned from clearing layers within Torghast.

Torghast, Tower of the Damned is your primary source of Soul Ash in World of Warcraft Shadowlands. You’ll eventually level your Adventure table companions up to a point where they can be sent on Soul Ash missions, but this method is supplementary to your Torghast farming. In lesser words: you’ll need to clear Torghast for Soul Ash.

Out of the six available chambers in Torghast only two will be available each week. There are technically 8 layers per chamber, but as of publication only the first three are unlocked. The other layers will become available within Shadowlands in the coming weeks:

Each layer will have an associated Soul Ash reward tied to the boss located on floor six. Kill the boss to clear the layer and earn the Soul Ash. It has to be looted from the boss’s corpse, but if you happen to forget you’ll find the Soul Ash waiting in your mailbox. The amount of Soul Ash earned per layer actually decreases the higher you go, so if you are a more casual Shadowlands player you won’t need to fret over the harder layers if you just want to grab a few hundred a week. That said, there is a catch to how Soul Ash rewards work.

Initially you’ll need to clear layers to unlock subsequent layers within Torghast. If you want to complete layer 3 you’ll first need to clear layer 2. Once a layer is unlocked it is unlocked in every chamber and will remain unlocked. Weekly resets will not relock a layer. Furthermore, completing a layer will reward any Soul Ash from lower layers if you haven’t cleared them. You can skip straight to your highest available layer each week to collect all your available Soul Ash for that chamber.

That means once layer 8 unlocks on December 15th you can start farming just layer 8 in both available chambers to collect all your Soul Ash for the week. Each chamber has a total of 1140 Soul Ash, so if you want to save time, don’t care for Torghast, or both you can focus on just clearing two layers a week. You may want to recruit help (higher level layers are tough to clear solo until you are very well geared), but you won’t have to clear 16 layers a week just to farm all the available Soul Ash.

A full breakdown of the Soul Ash rewards in Torghast per chamber are listed below: