The best part of the game is the star of the show in this game mode. 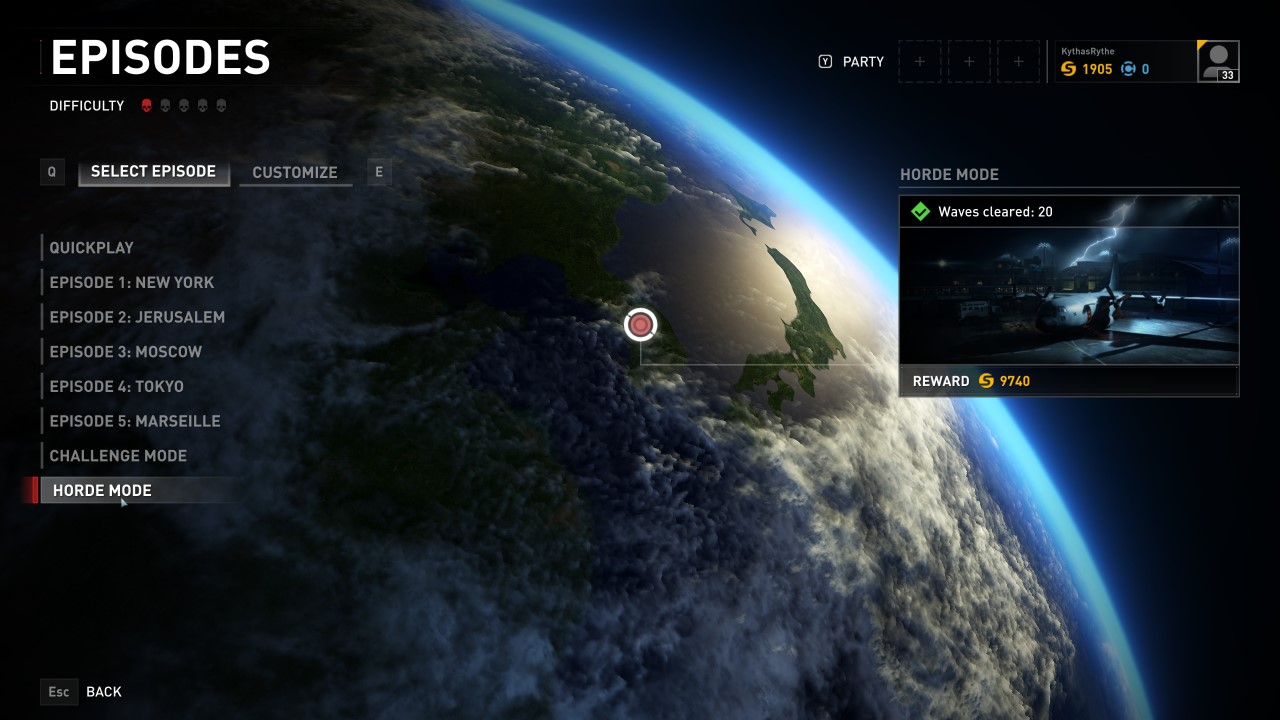 Like any proper zombie game, World War Z has a Horde Mode, which was added as free DLC last year. Whether you own the base edition of the game or the GOTY Edition, you’ll have access to this tense battle for survival.

Horde Mode is considered a part of the Co-op Campaign, thus it shares progression with the main missions and Challenge Mode. You can play it either online in a public queue, online with a private party, or offline with bots. Simply select Co-op Campaign and you’ll find it at the bottom of the list.

Horde modes comes in two difficulties divorced from the setting seen at the top of the HUD (that one affects the main missions). You can play it on Normal, or Hard, though you’ll want a moderately leveled class or two to last as long as possible. Horde Mode will only reward Supplies at Normal difficulty, but cranking up to Hard will add the cosmetic Challenge Coins to the reward table.

Rewards for Horde Mode are simple: the longer you last the more currency and experience you will earn. While the Hard rewards are certainly tempting, grinding Horde Mode on Normal is an excellent way to earn Supplies if you are looking to upgrade your weapons, or unlock perks for your classes. Also, all of your unlocks will carry over into Horde Mode, making it easier to push further and survive longer.

Horde Mode itself is simple: survive an ever-increasing onslaught of zombies while protecting a gate from being overwhelmed. Between waves you will be rewarded with a general currency that can be used at upgrade stations throughout the map, though the wares on offer are reduced during waves. You can buy higher tier weapons (at random), defenses, more ammunition crates (ammunition is limited in Horde Mode), special kits, and more, but the currency is shared across the team.

Essentially, you can leave your team high and dry if you get greedy, so either communicate with your team to set priorities, or evaluate the playing field before going on a shopping spree. That new tier 3 weapon won’t mean jack if there isn’t any ammo left on the field. Much like dealing with swarms in the regular missions having defenses and heavy weapons on hand also go a long way, so make sure you have a few on the field before going absolutely nuts with personal purchases.