No more idle hands at HQ. 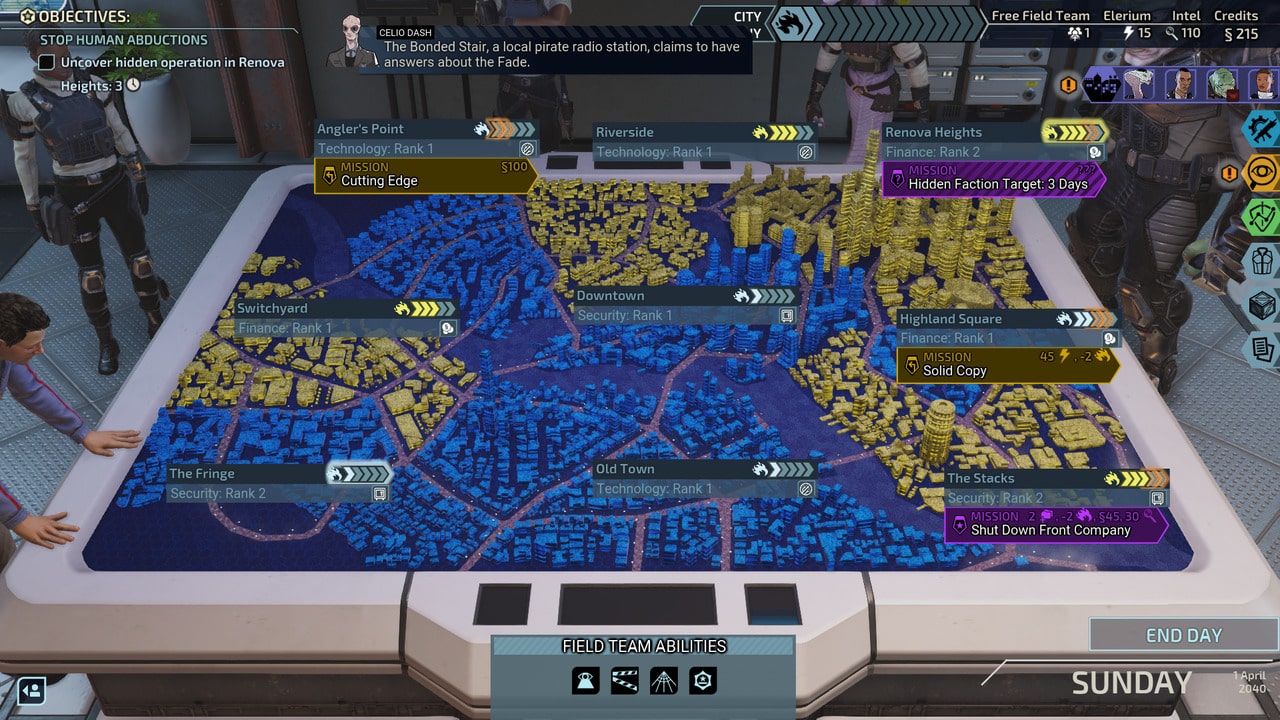 The various agents in XCOM: Chimera Squad can be assigned to various tasks at HQ if they’re not on standby for a mission on the APC. If you assign a Chimera Squad agent to a certain task, they can complete spec ops mission in the background, improve their stats by training, or speed up assembly research progress. If you’ve recruited additional agents to Chimera Squad, you’ve most likely seen a warning at HQ telling you one or more agents is idle. These are the agents you should assign to whatever tasks need doing.

How to Assign Agents in XCOM: Chimera Squad

To assign an agent in XCOM: Chimera Squad, click one of the empty square next to the city map, assembly, training, or spec ops. This will summon a drop-down menu with all of your available agents which can then be assigned to whatever task you’d like. Placing an agent in training can either remove a scar or improve one of their stats like HP. Assigning an agent to spec ops can have a wide range of rewards depending on the specific mission you set someone on, from reducing city anarchy to awarding a free field team. Some take longer than others, however, and that agent will be stuck on that mission until it’s completed unless you want to pull them out of it and waste all their progress. Assigning an agent to one of the four slots on the city map places them on the APC for a mission. Finally, sending someone to the assembly will speed up whatever project you are currently researching. Spec ops and training have one slot each when you’re first starting out, but they can be expanded with another slot after researching certain assembly projects. That way, you won’t have to keep everyone waiting around.