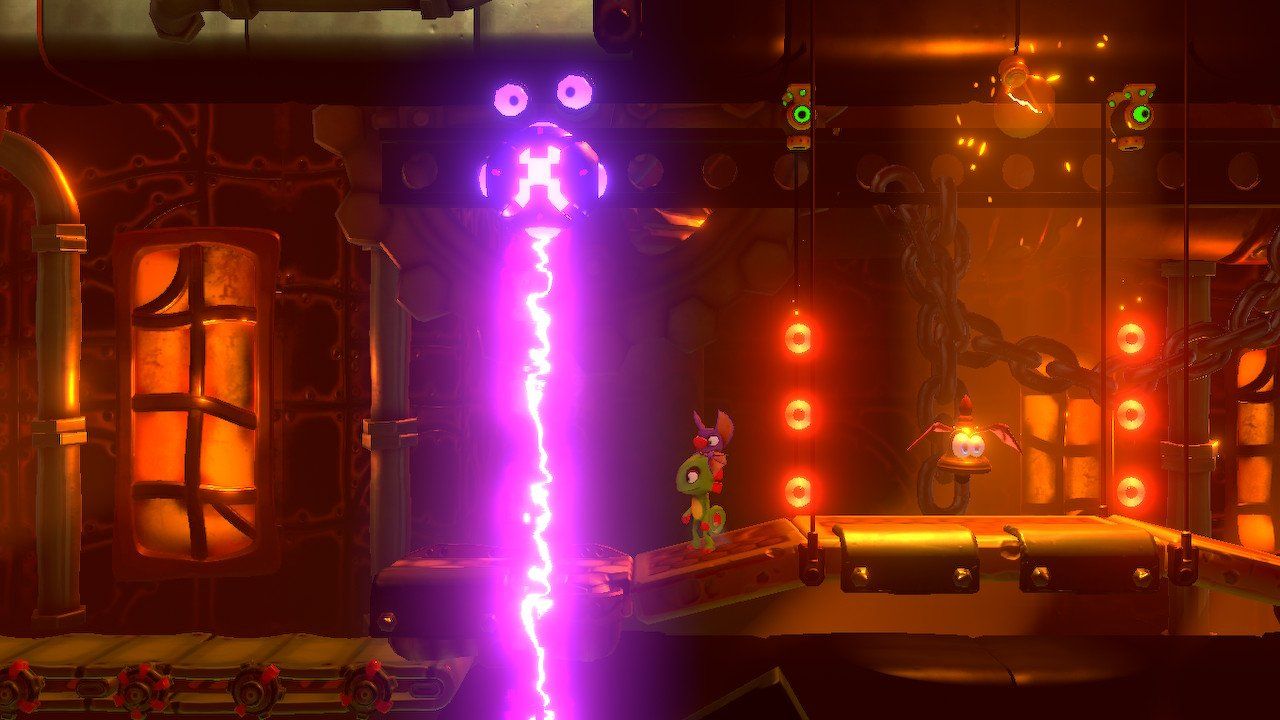 Yooka-Laylee and the Impossible Lair has variants of its stages that you can unlock to play, but there are also four stages that have secret exits as well. We have already detailed the first of these in the guide for the Chapter 5 Gasping Glade secret exit, so now it is time to discuss the second that can be found in Chapter 7 Production Path – Panic.

Chapter 7 Production Path is a relatively simplistic level for the most part as you play it. However, things get very hectic the second time around when you play the alternate version known as Production Path – Panic. This one has you running backwards through the stage in fast fashion as you’re trying to avoid being electrocuted by pink laser beams, which also happens to have a secret exit found within.

Make your way through the level as quick as you can to avoid being instantly killed by the laser beam, where eventually you come across another beam directly in front of you just after a bell that you can see in the above image. At this point, you have to be careful, as there is a beam on the left and right side of the screen, with a conveyor belt trying to move you towards them. 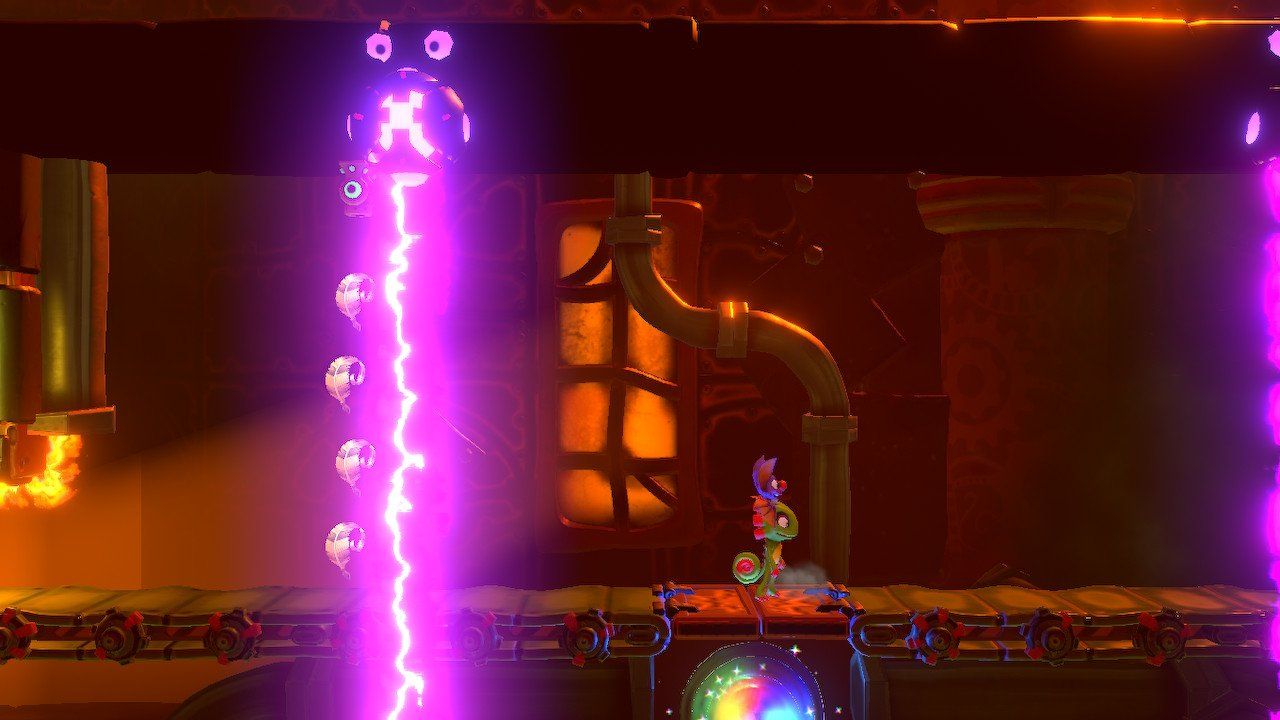 Keep riding the conveyor belt while avoiding touching either beam and eventually you will come across a platform that can be broken with a Buddy Slam as seen in the image above. Buddy slam this to fall into the warp and you will have found the secret exit to Chapter 7, which provides you with yet another Beettalion besides the two you can already get between the two variants of Production Path.