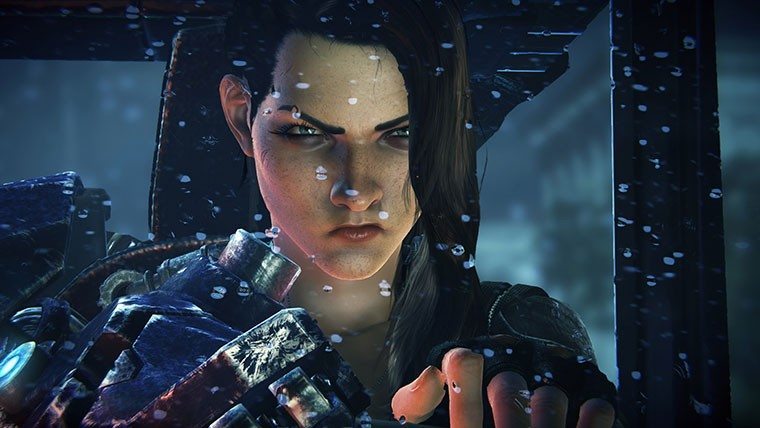 Today 3D Realms, developer on games like Duke Nukem 3D, Rise of the Triad, Shadow Warrior and others, have announced their latest game titled Bombshell.  An isometric action RPG for PC and consoles, Bombshell is due out in 2015.

The game introduces the protagonist, a mercenary for hire named Shelly “Bombshell” Harrison, in an “Unreal Engine-powered galactic adventure to rescue the president from an apocalyptic alien threat.”  3D Realms has been teasing Bombshell game for quite some time via Twitter, though today’s first gameplay trailer is the first we’ve seen of the game in action.

Bulletpoints of the first details about Bombshell include: “Out-of-this-world enemies, a never-before-seen arsenal of devastating weaponry and a host of genre-crossing mechanics.”  3D Realms will be showing the game for the first time at GDC ’15 in San Francisco.