3D Support For Gears of War 3 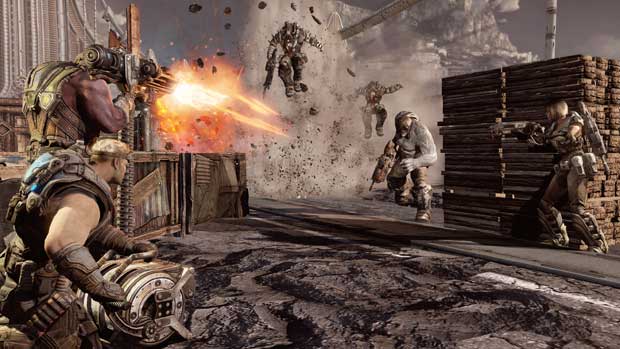 This September you’ll get at least one more reason to spring for that new 3D television you’ve saving up for.  Recently, Epic announced that Gears of War 3 will support full Stereoscopic 3D on the Xbox 360.  Not many titles on the box have gone for the feature, which apparently is still a fledgling technology, according to Rod Fergusson of Epic.

Fergusson talked with Eurogamer about the inclusion of the feature:

“It’s still a fledgling technology.  It’s still a niche feature.  But it was something we could support, so we felt, why not?” Fergusson made no secret about the fact that there needed to be some sacrifices to the game to get the 3D functionality working as he continued.   “It’s a little jaggier in certain areas… Instead of 720p you’re at five something.”  It was something that came in really late in our process.  It wasn’t something where we said, OK, we’re going to design the game from the ground up for 3D.  It was more of a post-process 3D, where we’re like, OK, certain things need to be adjusted, but for the most part it generally works.”