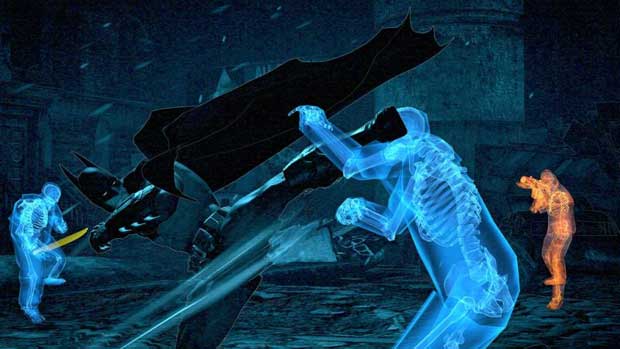 Remember how great Batman: Arkham Asylum was?  Good.  Now realize that Batman: Arkham City dwarfs the first game in terms of content if new intel holds true.  New reports surfaced this morning, that the Caped Crusader’s next adventure will clock in at a staggering 40 hours if you want to see it all.  The main story weighs in at a hefty 25 hours, with sidequests and other optional activities making up the other 15 hours.

Sefton Hill recently spoke about the length of the game  in a recent interview:

“It takes over 25 hours to complete the main stories in Batman: Arkham City. To keep players engaged for this length of time, not only do the characters and the story need to progress, but the core mechanics of the game they are playing need to change and adapt as well.  The side missions in Batman: Arkham City are a good example. We have around 15 hours of story that’s off the main path.”

Batman: Arkham City does seem to have alot more of what made the first game so damn good.  Though 40 hours is a month long adventure, and I’ll take that over multiplayer any day of the week.