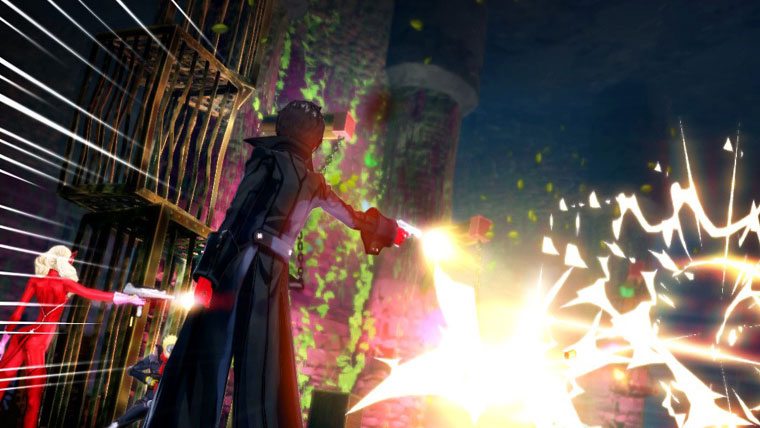 An interview in Famitsu magazine with Persona 5’s director Katsura Hashino has revealed a wealth of new details about the latest entry in the Shin Megami Tensei series, recently delayed into the summer of 2016.

Much like their predecessors in Persona 3 and 4 the main characters will belong to a group of teens united by common purpose, but in Persona 5 their aim won’t be limited to taking down a singular threat.  Instead, the “Phantom Thieves” will broadly hope to better the world and serve justice to the guilty by stealing the hearts of corrupt individuals.

They’ll track their targets through a semi-mystical phone app, which will also give them access to an other-dimensional realm called Palace, where the meat of Persona 5’s action (the dungeon crawling) will take place.  Locations in Palace vary widely, much like the psychological landscapes of Persona 4, and include a museum, an old castle, and some ancient pyramids.

A fifth character was also revealed, the fox-mask-clad Yusuke Kitagawa, who’s struggling with some personal issues of his own when he’s recruited into the Thieves.  It sounds like the thematic arc of the game will be redemption, both for the characters individually but perhaps also in a broader sense, for Toyko or the world.

The structure of the game suggests an serial or episodic progression, with players splitting their time between school, exploring Tokyo, and battling evil in Palace.  The sharp visuals, bolstered by a very stylized, cel-shaded art style, make all these locations distinct and leave us hungry to explore and discover more.